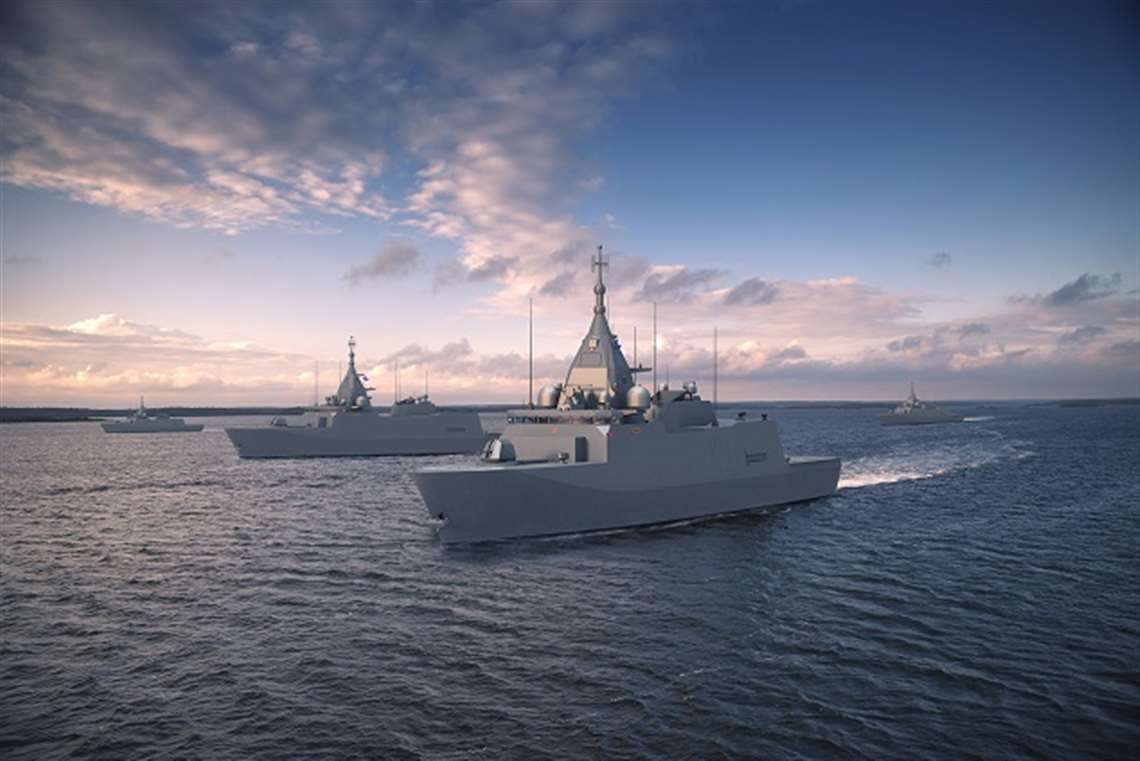 GE Marine will supply four gas turbines and MAN Energy Solutions will provide 16 gensets for four multipurpose corvettes to be built as part of the Finnish Navy’s Squadron 2020 Project.

GE’s LM2500 marine gas turbines will power four new Pohjanmaa class vessels, which are designed for year-round service in the seasonally freezing Baltic Sea, and will have the ability to operate independently in ice. Each 3900-ton corvette will feature one GE LM2500 gas turbine in a Combined Diesel eLectric And Gas turbine (CODLAG) configuration to reach speed in excess of 26 knots. GE also will provide a full complement of gas turbine auxiliary systems including electric start and water mist firefighting systems, fuel forward and water wash skids, and controls.

“We are excited to work with Rauma Marine Constructions to bring GE’s popular LM2500 marine gas turbines to the Finnish Navy. In fact, Finland is now the 39th navy worldwide to adopt GE’s LM gas turbines for naval propulsion,” said GE’s Kris Shepherd, vice president, general manager, Marine Operations. “The LM2500s will be equipped with GE’s new composite gas turbine module which was of particular interest for this application. The new enclosure offers a significant reduction in weight over its steel predecessor, and most importantly, a safer environment and improved access for sailors.”

The LM2500 gas turbines will be made in the U.S.A. at GE’s manufacturing facility in Evendale, Ohio. Construction of the corvettes by the shipyard is slated to begin in 2022; all ships are expected to be delivered to the Finnish Navy by 2026 and fully operational in 2028.

MAN Energy Solutions said each of the four ships will be equipped with four MAN 12V175D-MEL GenSets with a total output of 7700 kW.

“This is a very welcome order that owes much to our broad experience with the 175D engine in the naval sector, and is the latest in a series of demanding and varied naval orders that we have landed,” said Ben Andres, head of High-Speed Sales, MAN Energy Solutions. “In this particular instance, the MAN 175D’s technical and economical credentials stood it in good stead, while its compactness, shock capability, and best-in-class fuel-oil consumption were also key criteria for the customer. Integrated Logistics Support (ILS) for the power systems will ensure efficient and cost-effective maintenance throughout their entire service life.”

Rauma Marine Constructions – based in Rauma, southwestern Finland – will construct the vessels for the so-called ‘Squadron 2020’ project between 2022-2025. The first test-runs at sea are already scheduled for 2024 with all vessels projected for completion by 2028.

Squadron 2020 is a Finnish naval project that aims to replace seven older vessels. The four modern corvettes will then form the backbone of the navy into the 2050s.

The overall length of the Pohjanmaa-class corvettes is 114 m, with a beam of 16 m and maximum draught of 5 m – corresponding to a displacement of some 3900 tonnes.

The newbuildings will form an indispensable defence function and are intended for repelling attacks from the sea and securing vital assets at sea and in the Finnish archipelago.