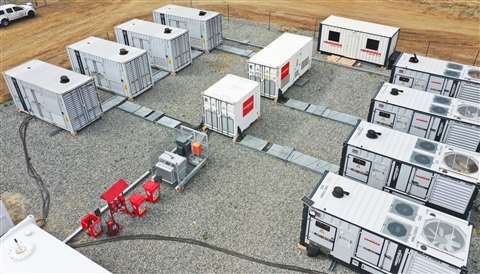 Himoinsa Southern Africa was awarded the tender for an eight-month, 8 MW rental contract for a temporary prime power solution for the Phase 1 Virginia Gas Project, a project held by Tetra4, a wholly owned subsidiary of Renergen. The Virginia Gas Project, situated in the Free State of South Africa, will produce both liquefied natural gas (LNG) and liquid helium. The plant is Sub Saharan Africa’s first helium facility, making South Africa one of only eight countries globally to produce and export liquid helium and South Africa’s first onshore LNG operation.

During the plant’s construction process, no electrical connection was available, necessitating Renergen to proceed with a self-build electrical connection to the local utility’s (Eskom) grid infrastructure. However, Eskom would not be able to provide a dedicated power supply to the site for a minimum of eight months. A temporary prime power solution was required to ensure timely commissioning of the facility.

To address this need, Himoinsa Southern Africa installed and provisioned eight fully synchronized generator sets, neutral earth transformers, two 33,000 L fuel tanks and a control room on site to ensure there would be no production delays on the project due to lack of power. Extensions to the original contract term were also accommodated when utility power was delayed, ensuring there was no disruption to the commissioning timelines to which Renergen had committed to its customers.

As the massive compressors used for the manufacturing process have large step-loads, it was vital to ensure they did not cause power tripping that would interrupt production capability. The combined 8 MW, 11 kV solution ensured sufficient power redundancy, Himoinsa noted.

Himoinsa provided 24/7 data monitoring during production as per its preventive maintenance protocol. In adherence with health and safety protocols, three Himoinsa technicians lived on site, operating on eight-hour rotational shifts throughout the construction phase and during production. 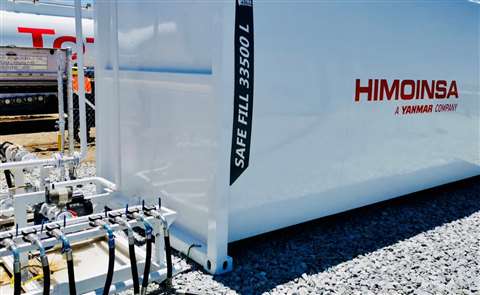 To best meet Renergen’s operational and fiscal requirements, Himoinsa Southern Africa devised a two-tier bespoke tariff, which included a fixed capacity charge for the sunken costs on site and a variable running charge for every kWh the plant consumed. This meant Renergen was able to have generators on site and commissioned in advance of the plant becoming operational, all at a low fixed monthly charge; it only had to pay for the energy that was required.

The biggest cost of the energy solution was diesel consumption during power generation. Because the generators have a high fuel efficiency rating, Himoinsa Southern Africa was willing to assume financial performance liabilities should the gen-sets not successfully achieve the fuel efficiency rates to which it committed. By incorporating penalties if fuel efficiency levels were not met, paying only for energy that was needed and fixing the capacity charge, Renergen could be assured that the plant could be run at a pre-determined cost, Himoinsa pointed out.

The plant ran efficiently on the fully turnkey solution for the contract term, and beyond, until the utility connection was successfully installed and the temporary power plant decommissioned.

“The Himoinsa Southern Africa team have provided world-class service and support from the very first engagement until the very end of the project,” said Nick Mitchell, COO, Renergen. “They are extremely customer focused and have been very attentive to our rapidly changing needs, ensuring the Virginia Gas Project was always prioritized.”

“They were there when we needed them, and were instrumental in giving us the power when we needed it,” added Stefano Marani, CEO and managing director, Renergen. 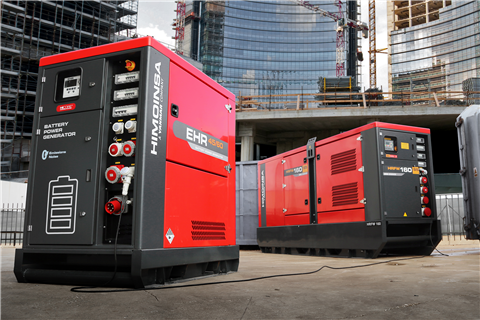 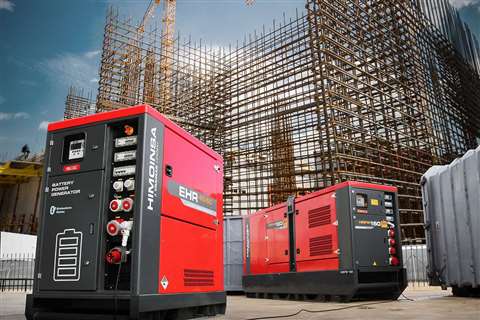 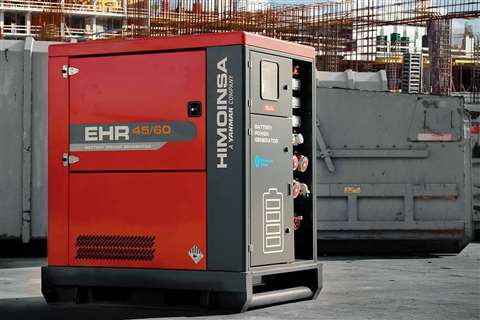