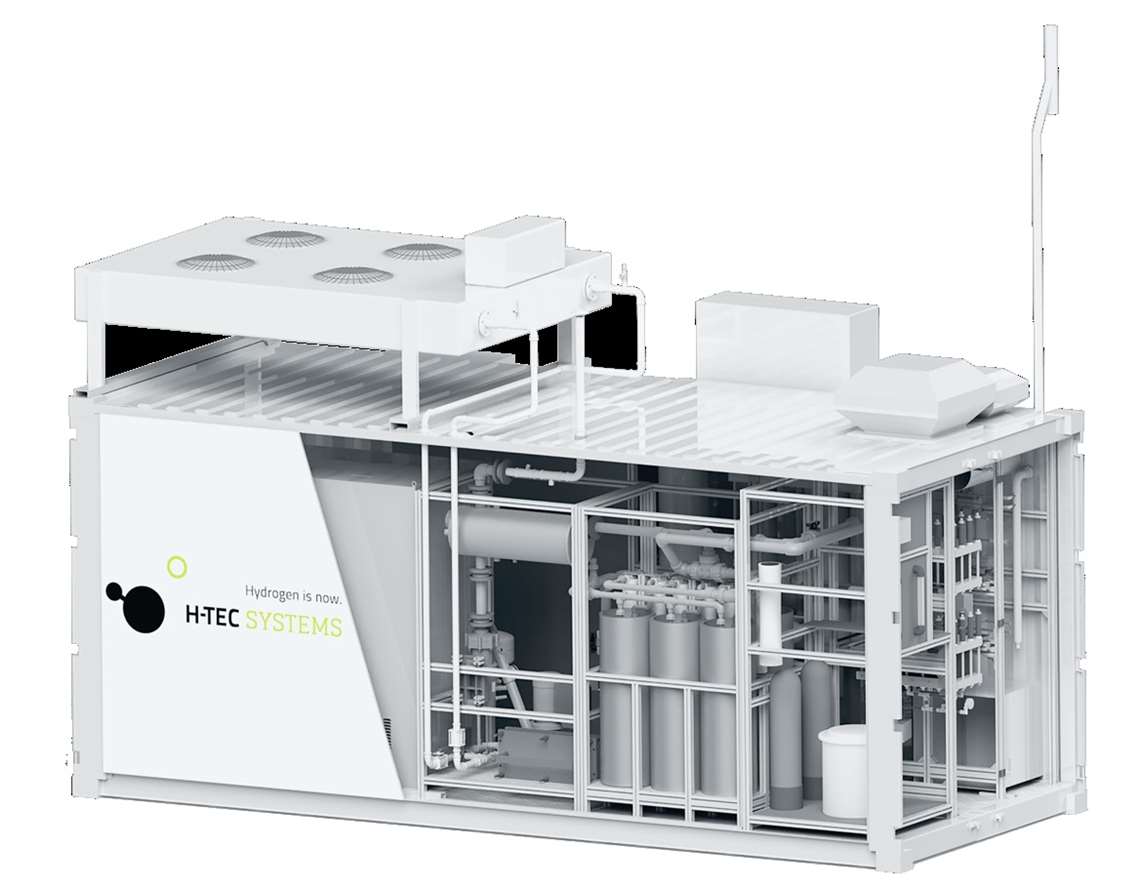 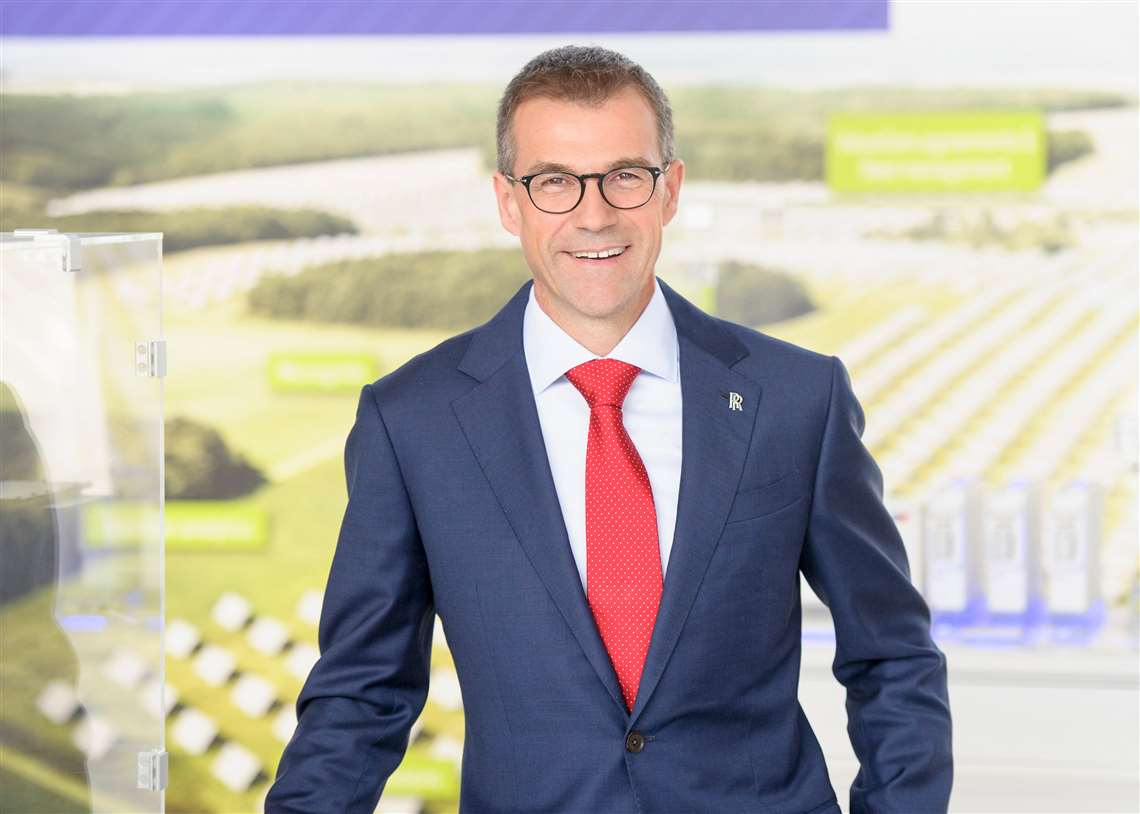 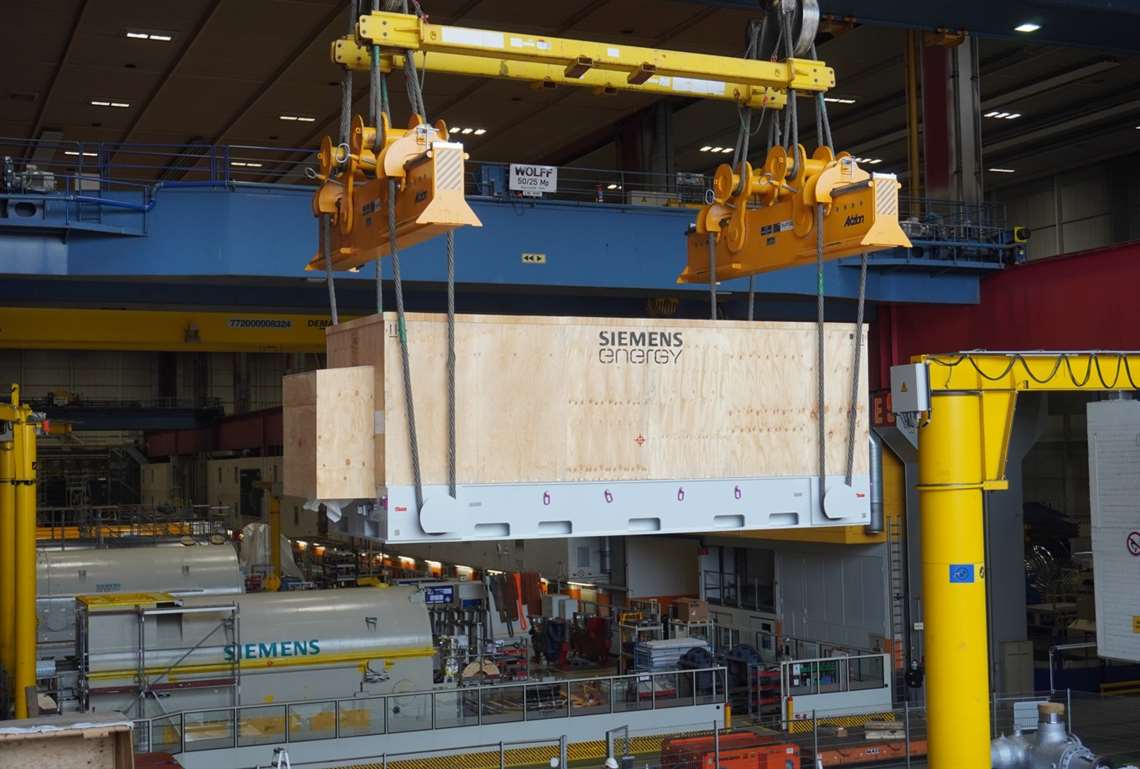 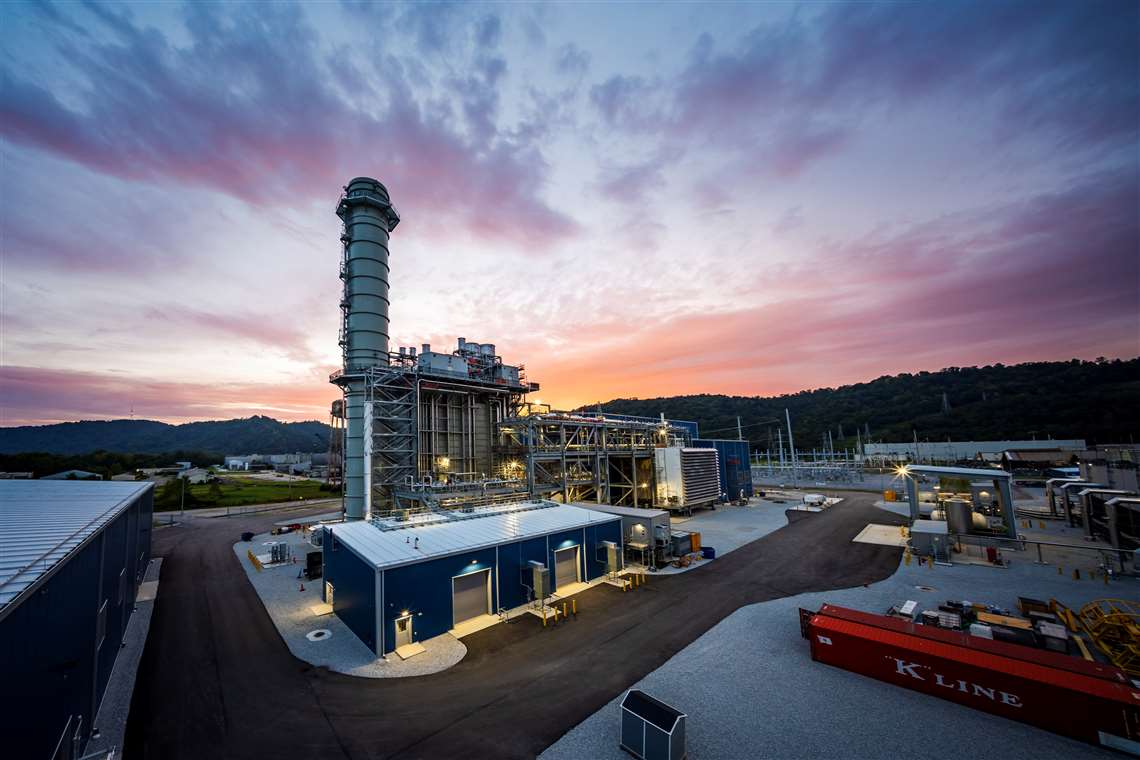 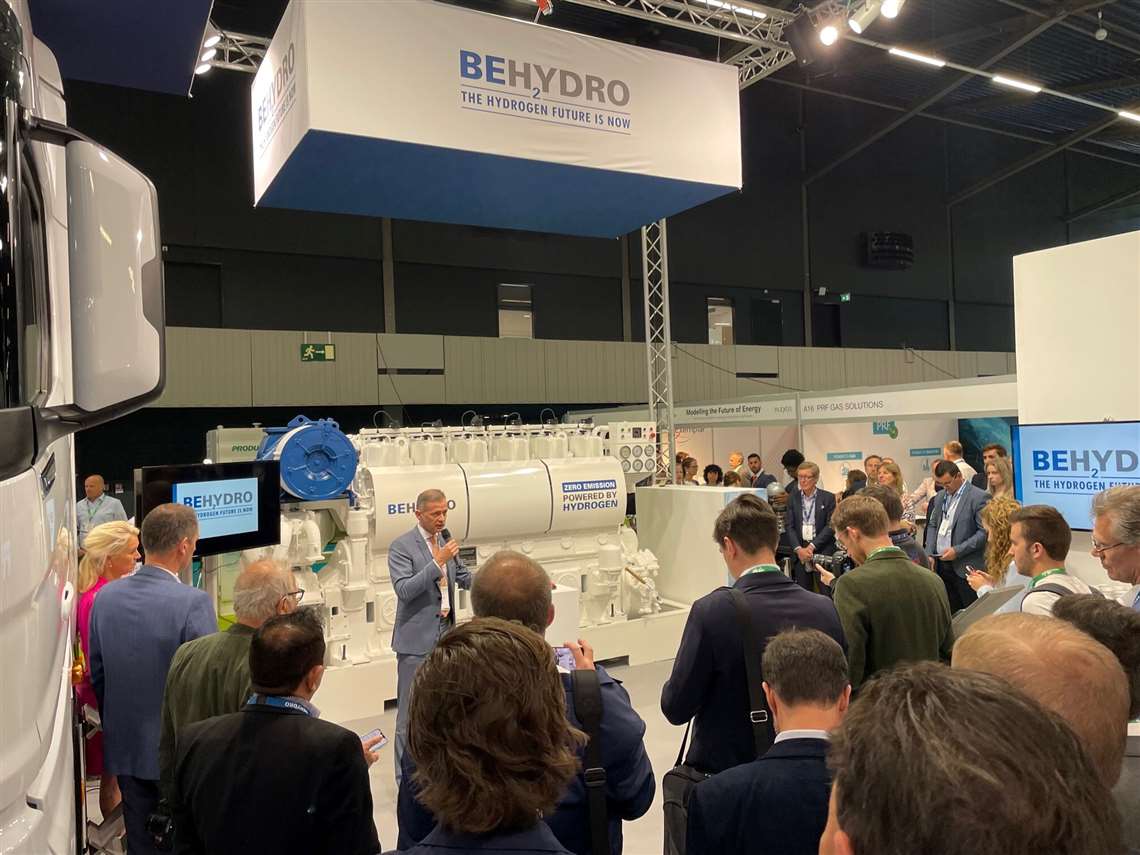 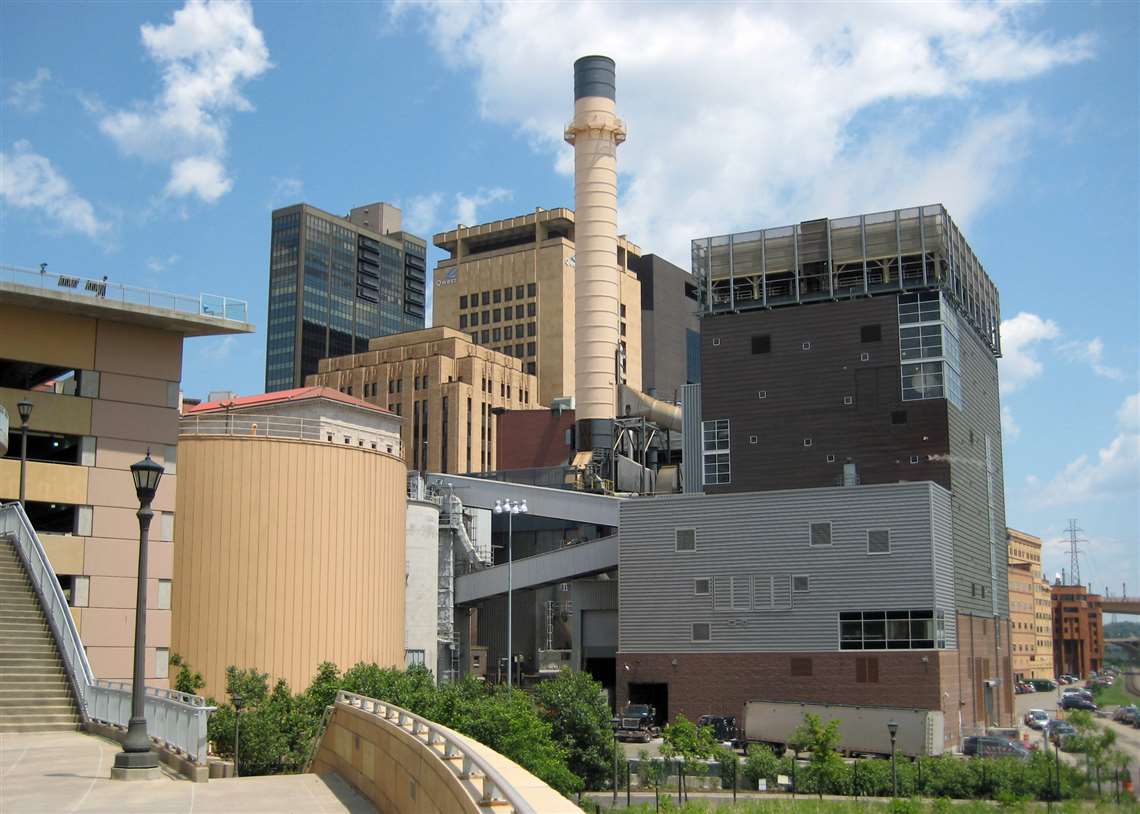 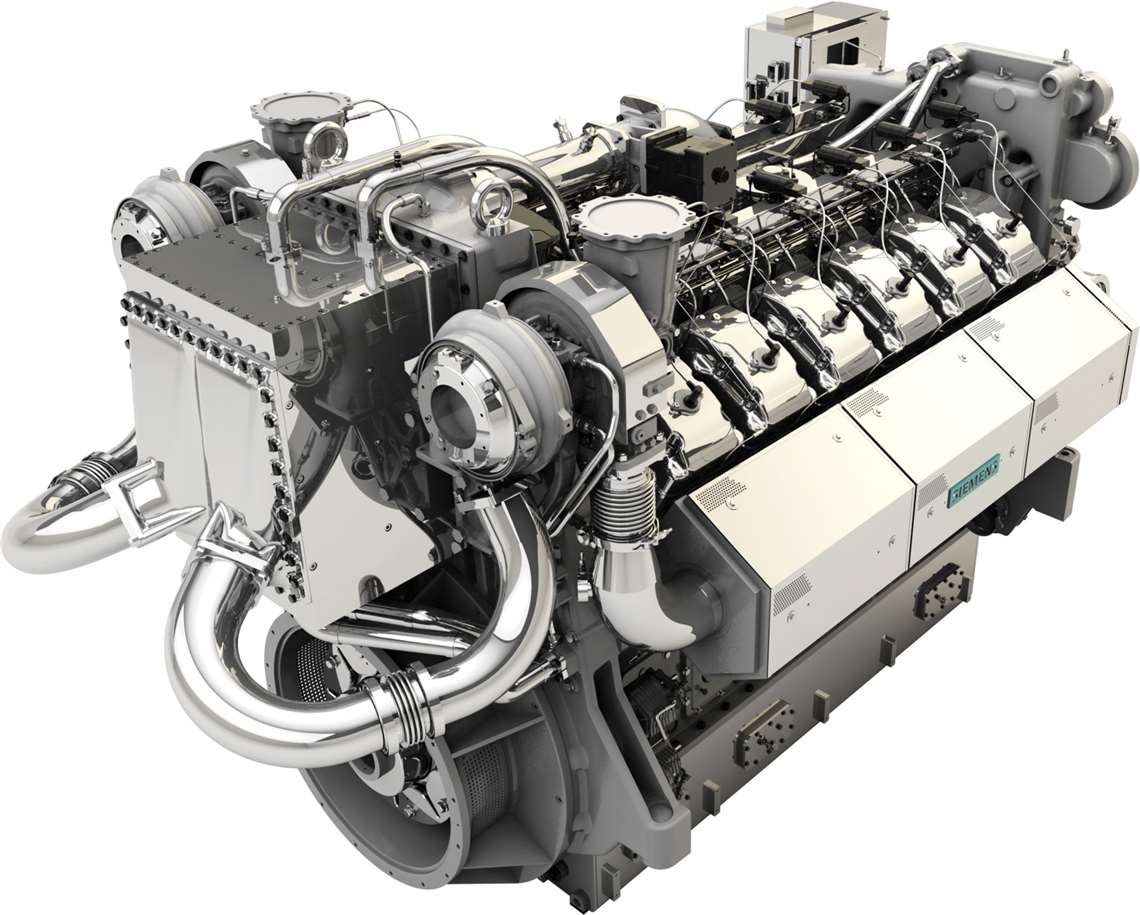 Hydrogen, GE and Caterpillar: The top stories of 2022

GE, Cat projects among the most-read stories of the year

Developments revolving around hydrogen were of key interest to readers of Diesel & Gas Turbine Worldwide’s website during 2022. Of the top 10 most viewed stories, four focused specifically on hydrogen technology and another story highlighted broader trends in decarbonization. Here are the 10 most viewed stories from the past year

At the World Hydrogen Summit in Rotterdam, BEH2YDRO launched its 100% hydrogen engines for heavy-duty applications.

BEH2YDRO is a joint venture between Anglo Belgian Corp. and CMB.TECH. After the successful launch of dual-fuel engines in September 2020, BEH2YDRO is now launching 100% hydrogen engines.

The 100% hydrogen engine range has been developed for heavy duty applications and has a power range from 1 MW to 2.6 MW. These hydrogen engines are available in 6- and 8-cylinder in-line engines and 12- and 16-cylinder V-engines. As a main drive or in combination with an alternator, they are a reliable and 100% environmentally friendly source of energy for ships, drilling rigs or other marine applications, the company said. They are also suited for driving locomotives.

GE and Long Ridge Energy Terminal and an affiliate managed by GCM Grosvenor announced the demonstration, what the companies termed a first step to transition Long Ridge’s 485 MW power plant toward carbon-free hydrogen. The hydrogen blending test was completed on March 30, 2022 at the facility using hydrogen produced as a by-product from a nearby industrial facility.

Supported and partially funded by the U.S. Dept. of Energy’s (DOE) Office of Energy Efficiency and Renewable Energy (EERE), the project will be led by Caterpillar in collaboration with District Energy St. Paul of St. Paul, Minnesota, USA, and the National Renewable Energy Laboratory (NREL).

The U.S. became Europe’s largest source of liquefied natural gas (LNG) in 2021, accounting for 26% of all LNG imported by European Union member countries.

In January 2022, the United States supplied more than half of all LNG imports into Europe for the month.

Exports of LNG from the United States to EU-27 and the UK increased from 3.4 billion cubic feet per day (Bcf/d) in November 2021 to 6.5 Bcf/d in January 2022—the most LNG shipped to Europe from the United States on a monthly basis to date, according to the U.S. Department of Energy’s LNG Monthly reports and our own estimates, which are based on LNG shipping data.

Siemens Energy said the world’s largest flywheel has left its factory in Muelheim, Germany, and is on its way to Ireland’s Moneypoint power station.

The 177-ton flywheel will complete the synchronous condenser, a grid stabilization plant, that Siemens Energy is currently developing at ESB’s Moneypoint site. The technology will play a key role in transforming Moneypoint, a coal-fired power plant, into a green energy hub and in strengthening the stability and resilience of the Irish grid.

Mutares has completed its acquisition of diesel and gaseous-fuel engine manufacturer Siemens Energy Engines, which will now operate as Guascor Energy. (Photo: Siemens)

GE Gas Power will lead a multi-company carbon capture project being funded by the U.S. Department of Energy.

The company’s front-end engineering design (FEED) study “Retrofittable Advanced Combined Cycle Integration for Flexible Decarbonized Generation” will receive US$5,771,670 in federal funding from the DOE’s Office of Fossil Energy and Carbon Management. This funding is focused on carbon capture, utilization, and storage (CCUS) for power generation applications with a goal of commercial deployment by 2030.

In April, Rolls-Royce Power Systems AG supervisory board and acting CEO Andreas Schell agreed on the termination of the CEO’s contract until the end of 2022.

MAN: Hydrogen will be a ‘primary energy source’ in 5-10 years

MAN Energy Solutions will invest up to €500 million in its subsidiary H-Tec Systems.

“Our plan is clear,” said Uwe Lauber, CEO of MAN Energy Solutions. “We are transforming H-Tec Systems into one of the world’s leading players in the field of PEM electrolysis. Over the next five to 10 years, green hydrogen will become one of the most important primary energy sources for the global economy as it continues to decarbonize.

A balancing act for Wärtsilä
Company secures order for six engines for power plant in US
Loading...

The Caterpillar CHP system will be installed at the District Energy St. Paul facility in St. Paul, Minnesota.