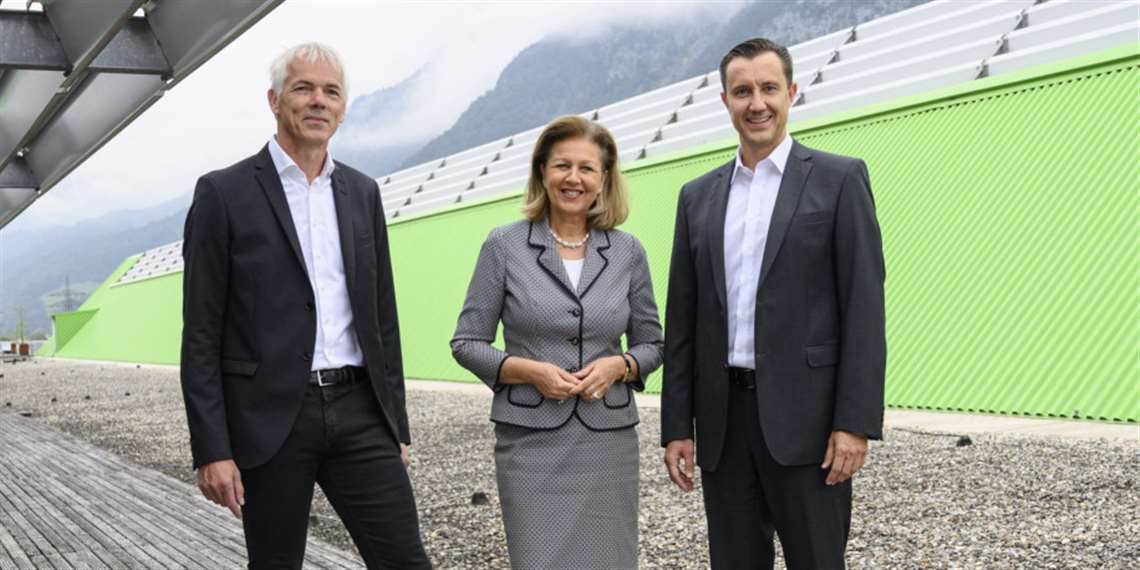 INNIO and the Large Energy Competence Center (LEC) in Graz, Austria, say they will demonstrate a Jenbacher gas engine that can run on up to 100% hydrogen or methanol by 2021.

For the past 25 years, INNIO and the LEC in Graz have been researching and developing technologies for sustainable power generation and the transport industry. The combustion of so-called e-fuels—regenerative fuels like hydrogen and hydrogen carrier gases such as synthetic natural gas, methanol or ammonia—is being tested or further optimized. The aim of the research is to develop technologies capable of making drastic carbon dioxide (CO2) reductions and to build gas engines that are virtually emissions free.

“We are already using regenerative fuels such as hydrogen in our Jenbacher gas engines. In cooperation with the LEC, we are further developing this technology and plan to demonstrate by 2021 that a Jenbacher gas engine can run on up to 100% hydrogen or methanol,” said Carlos Lange, president and CEO of INNIO. “INNIO will continue to make significant investments in research and development and will further expand its technological leadership in power generation based on regenerative gases. In specific, hydrogen and hydrogen carrier gases produced from surplus energy such as wind or solar power, which are storable for a longer period of time.”

The United Nations Climate Change Agreement and movements such as Fridays for Future are putting pressure on politicians, companies and research institutions to develop sustainable energy solutions, the company said

As part of the COMET-K1 research program, the State of Tyrol in Austria is providing €2.4 million in funding for technology development including the areas of sustainable power generation and transportation systems.

“By subsidizing this research cooperation, we are further advancing our goal of freeing Tyrol from its dependence on fossil fuels by 2050. We are also better positioning ourselves as an attractive business and science location as well as an international partner for research, development and innovation,” said Patrizia Zoller-Frischauf, Tyrolean minister of Economic Affairs, at a technology forum held at INNIO’s corporate headquarters in Jenbach.

The LEC is focusing on the development of combustion processes for industrial engines that are as emissions-free, efficient and as fuel-independent as possible, said Andreas Wimmer, CEO of the LEC, during the technology forum.

A carbon-neutral, 2 MW marine engine will be tested at the LEC in 2020 as part of the EU HyMethShip project. The engine is a Jenbacher Type 6 gas engine that operates on either 100% on hydrogen or 100% on the hydrogen carrier gas methanol, both from renewable energy sources.

“The HyMethShip innovation project, which has already won international awards, sets new standards in the area of emissions-free deep sea shipping and has the potential to eliminate sulfur and CO2 emissions,” Wimmer said.

Volatility and the storage of electric power over a longer period of time are a challenge when switching to renewable energies. As a consequence, the LEC said it is currently researching the combustion of 100% regenerative hydrogen. This fuel is obtained by electrolysis with the aid of excess wind or solar power. Hydrogen can also be converted into hydrogen carrier gases such as synthetic natural gas, ammonia or methanol. It can also be converted back into electricity.

Because INNIO’s Jenbacher gas engines are fuel-flexible, they can be operated with gases from renewable sources. As mentioned previously, both INNIO and the LEC have been collaborating for many years on the optimization of these processes. The worldwide INNIO fleet comprises more than 50 000 Jenbacher and Waukesha gas engines. Nearly 55% of those installed in German-speaking countries are already powered by gases from renewable energy sources (mainly biogas, but also hydrogen mixtures). As technological development progresses and the global energy transition takes place, the significance of this area of application will grow exponentially.

In addition to direct engine technology, INNIO and the LEC said they are also collaboratively researching new sensor technology as well as data processing, both of which are integral components in terms of sustainability. Today, 60% of all Jenbacher gas engines installed worldwide are monitored online via INNIO’s myPlant software. INNIO has thus also become a pioneer in digitalization combined power and heat generation. With its digitization strategy and the new COMET module “LEC HybTec,” the LEC is setting new standards when it comes to the fusion of physical and data-driven simulation models. This has led to the development of novel, physically motivated Artificial Intelligence methods and learning methods that are raising the bar in the research and development of sustainable, large gas engines.