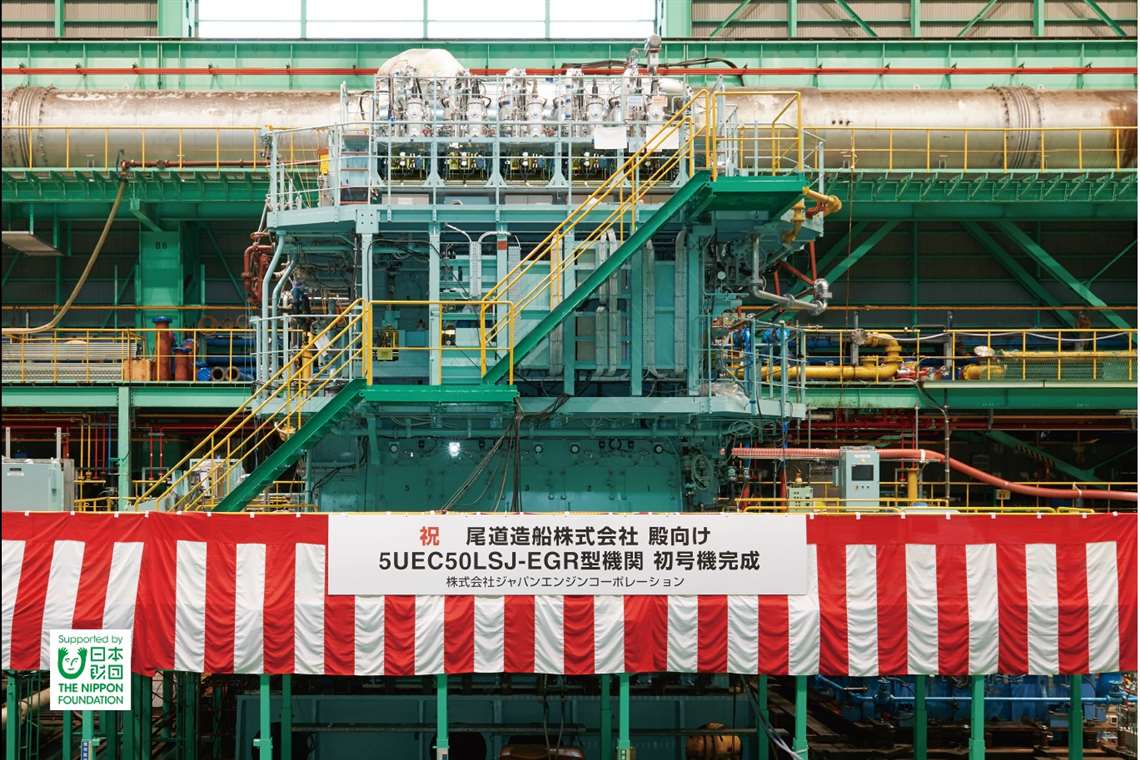 The engine, which is under development, is being subsidized by The Nippon Foundation, a private, non-profit organization that pursues maritime development and humanitarian work.

J-ENG’s UE engines are two-stroke, low-speed powerplants widely used in bulk carriers, tankers and other large vessels. The engine has a bore and stroke of 500 X 2300 mm.

This engine will contribute not only to save operation expenses by reducing its fuel oil consumption than that of conventional engine’s even using MGO whose price is supposed to be higher compared with current HFO, but also to improve EEDI, the company said.

The company said that performance optimization and reliability verification tests are being conducted, and the intended targets will be achieved, given current test results.