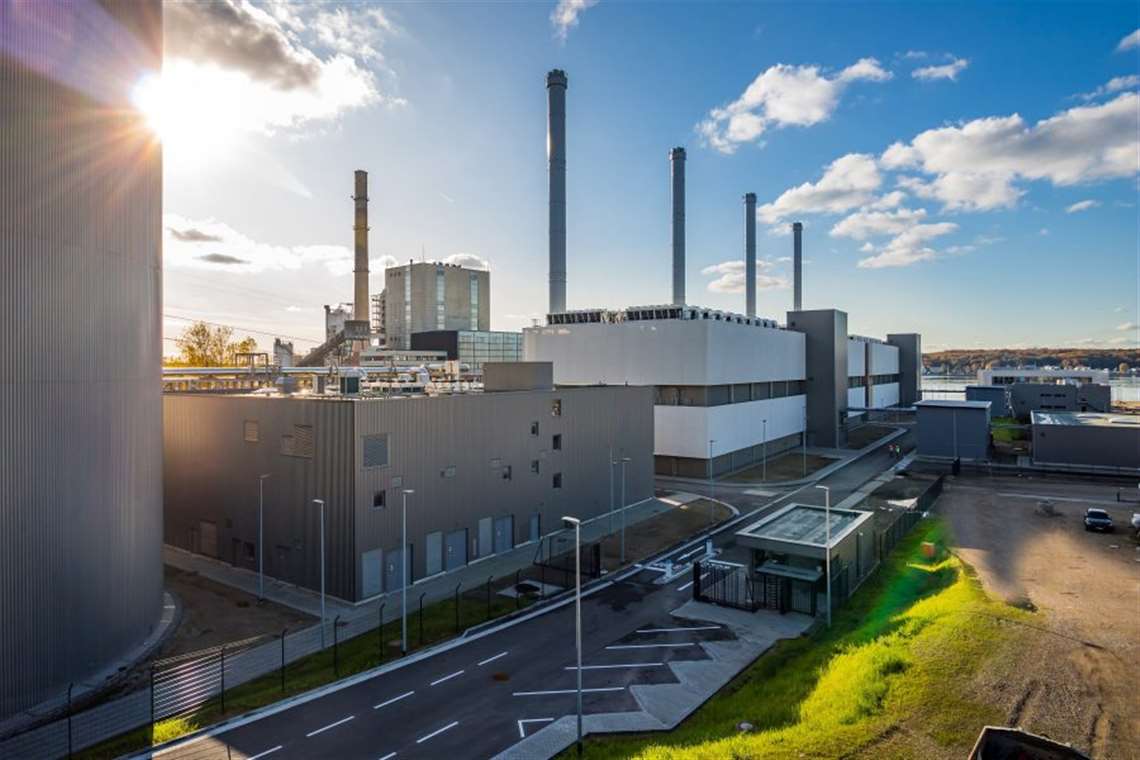 Calling it “Europe’s most modern power station,” local officials celebrated the launch of a gas-engine based combined heat and power (CHP) plant in Kiel, Germany.

“It’s 20 of our largest engines, 190 MW electrical, which is the largest project we’ve worked on,” Lange said.

The facility of German municipal utility Stadtwerke Kiel is on the eastern shore of the Kieler Förde inlet. Representatives of Stadtwerke Kiel, Kraftanlagen München GmbH (KAM) and INNIO celebrated the launch with a ceremony marking the culmination of a five-year project. Collectively, the 20 Jenbacher J920 FleXtra gas engines provide a total electrical output of 190 MW and a thermal output of 192 MW. The plant supplies over 73 000 households and facilities in Kiel with district heating. Additionally, the electric power generated feeds into Kiel’s 110-kilovolt power grid, which supplies electricity both to households in the state capital and some of the surrounding municipalities. Excess energy is passed on to the upstream power grid.

The facility replaces a 323 MW coal-fired power station as the German government moves to reduce carbon emissions across the electricity sector.

Two critical pillars of the government’s plan for a cleaner electricity sector include increasing the adoption of renewable energy and eliminating coal-fired power plants. In fact, German federal officials and governors of affected states recently agreed on a path to shut down coal-powered plants. Reviews will be carried out in 2026 and 2029 to determine whether Germany can exit coal-fired electricity generation in 2035. Germany currently gets more than a third of its electricity from burning coal.

Because of the German policy, wind and solar power energy sources now exceed coal-fired electricity generation. But the proliferation of renewable energy has led to significant electricity supply variability. The new plant is designed to work in tandem with the expansion of renewable energy, but to do that, the facility must be able to respond to power needs when the wind doesn’t blow and the sun doesn’t shine. The Jenbacher gas engines can achieve full capacity in less than five minutes, operating as complementing technology to support the implementation of the energy transition plan across Germany.

Lange said other technologies were considered for the plant, including gas turbines.

“At some point they looked at a combined cycle plant,” Lange said. “Clearly you don’t have the flexibility with a combined cycle gas turbine-based power plant. Now, once it was decided to go towards gas engines, at the end of the day, what the customers look for is total lifecycle cost. So it’s not only initial CAPEX. At the end of the day it’s a combination of CAPEX, running costs, OPEX, what’s your maintenance cost or maintenance cycle and these sorts of things. So total life cycle and that’s where we basically came out first.”

During the successful completion of a 20-day trial run of the power plant in November 2019, the 20 Jenbacher gas engines exceeded 92% overall efficiency. As compared to the previous coal-fired power plant – which was decommissioned in March 2019 – emitting over 70% less carbon dioxide.

“As renewable energy usage will continue to grow across Germany, INNIO will continue to make significant investments in research and development and will further expand its technological leadership in power generation based on regenerative gases-in specific, hydrogen and hydrogen carrier gases-to help build out 100% carbon neutral and carbon-free power plants.”

INNIO and KAM engineered and implemented the coastal power plant. While INNIO provided the gas engines and engineering expertise, KAM operated as the general contractor responsible for engineering, procurement, construction and commissioning the turnkey power plant, including the auxiliary buildings and integrating the heat storage and electrode boiler. The team arranged the power plant in four units of five blocks each, with the advantage of being operable in slices.

It was a challenging project in part because of its location, said Stéphane Stoll, CEO of KAM.

Kiel was a major naval base and shipbuilding center during World War II and was heavily bombed by Allied forces. During construction of the new power plant, more than 9 tons of munitions were found and removed from the site over the course of two years. The location is also near a residential area, so sound attenuation was critical.

“Kraftanlagen München is committed to support our customers in the development and implementation of their most complex challenges,” Stoll said. “Our team of engineers have worked diligently to support Stadtwerke Kiel in realizing their vision of a modern energy future for residents and businesses. The coastal power plant in Kiel will provide cleaner, flexible power and heat for many years to come.”

The European Investment Bank provided a EUR 105 million loan to help finance the plant. In total, the project cost about EUR 290 million.

“This construction was the largest investment in the history of Stadtwerke Kiel. It challenged us all and required a lot of strength, time and energy. Now the energy supply of the future is a reality in Kiel, and we look with a lot of pride at our coastal power plant,” said Frank Meier, CEO of Stadtwerke Kiel AG.