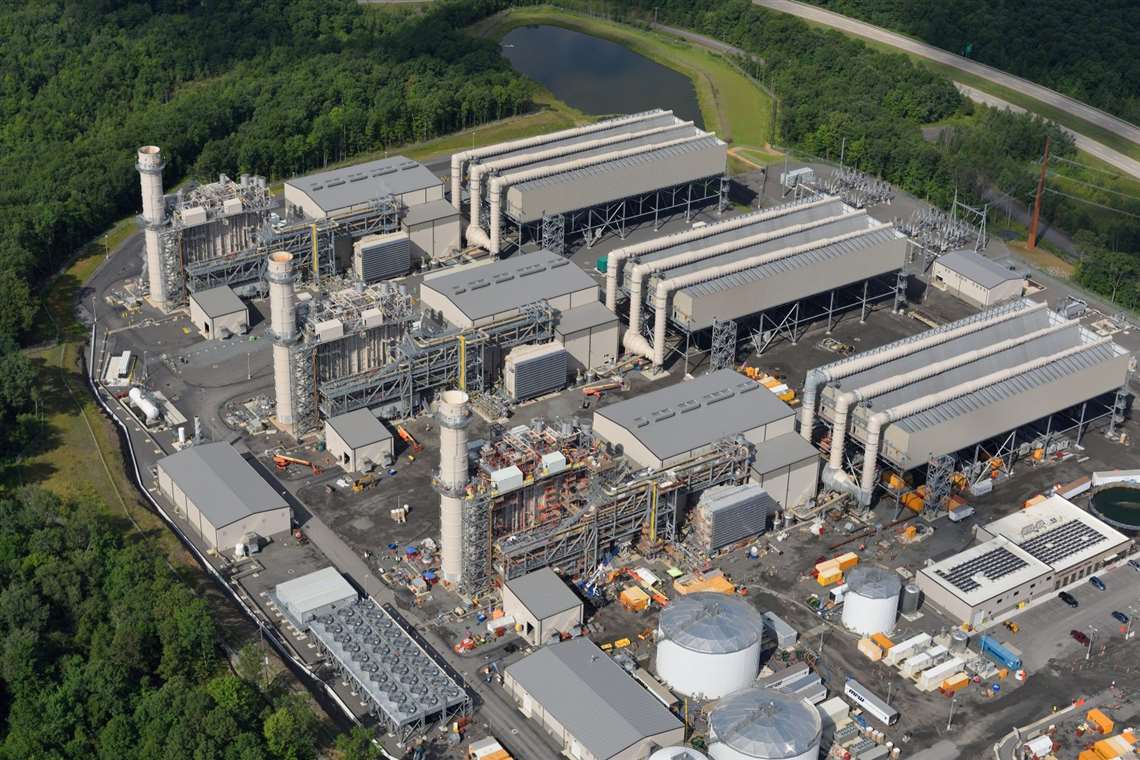 The facility is located just outside of Scranton, historically known as the “Electric City” for its early adoption of electric lighting.

Lackawanna Energy Center generates power from three General Electric 7HA.02 high-efficiency, air-cooled natural gas combustion turbines. The H-Class units are designed to enable operational flexibility that allows the facility to generate baseload power as well as to respond quickly to variations in energy demand, supporting the continued growth of renewable resources in the region, according to Invenergy.

“GE and Invenergy’s long-standing relationship brings together two organizations focused on powering the world more efficiently and sustainably with the world’s most advanced technology,” said Chuck Nugent, president and CEO of GE Power’s Gas Power Systems business. “We are proud to continue this relationship and to supply Invenergy’s state-of-the-art Lackawanna facility with the HA turbine, the world’s largest and most efficient gas turbine.”

Invenergy partnered with Kiewit Power Constructors on facility construction. Construction began in March 2016, and stayed ahead of its construction schedule despite delays including stoppage due to Winter Storm Stella in the spring of 2017. The facility incorporates a single-shaft design where each of three 500 MW power islands are comprised of a combustion turbine and steam turbine that share a single generator, maximizing facility efficiency while still allowing for the independent operation of each natural gas turbine, the company said.

“Designing and building the Lackawanna Energy Center required the largest staff and craft workforce ever assembled by Kiewit Power Constructors Co.,” said Dave Flickinger, executive vice president, Kiewit Corp. “It’s been an excellent experience partnering with Invenergy, who values worker safety and project execution as much as we do. We’re proud to have been part of the team that successfully delivered this important project.”

The plant will generate more than US$50 million in revenue for its host community, the Borough of Jessup, Pennsylvania, over the life of the project. Thirty full-time operations positions were created in addition to the project having provided jobs for over 1200 workers at peak construction.

Lackawanna Energy Center is expected to displace generation from older, dirtier units in the PJM Interconnection, the largest organized power market in the U.S. The facility’s Administration and Control Building is LEED-Gold certified, featuring a solar array on the roof and a design that is 60% more energy efficient than similar conventional buildings.

“We are tremendously proud to go online with the Lackawanna Energy Center, the largest and most technically sophisticated power plant Invenergy has ever developed, built and operated,” said Michael Polsky, Invenergy founder & CEO. “This milestone is an incredible achievement for our team and project partners, who have delivered on our commitment to generate clean power, good jobs, and local community investment through this project.”

A fund managed by the Global Energy & Power Infrastructure team at BlackRock Real Assets is a major investor in the Lackawanna Energy Center. BlackRock is a global leader in investment management, risk management and advisory services.

Since the start of construction, Lackawanna Energy Center has invested more than US$285 million in the local economy, including US$170 million in wages and benefits for workers. Project partners have also made over US$400,000 in donations to several non-profit organizations in Jessup and the surrounding communities. Six students at Lackawanna College School of Petroleum and Natural Gas have had their education furthered through Invenergy’s Advanced Energy Scholarship.