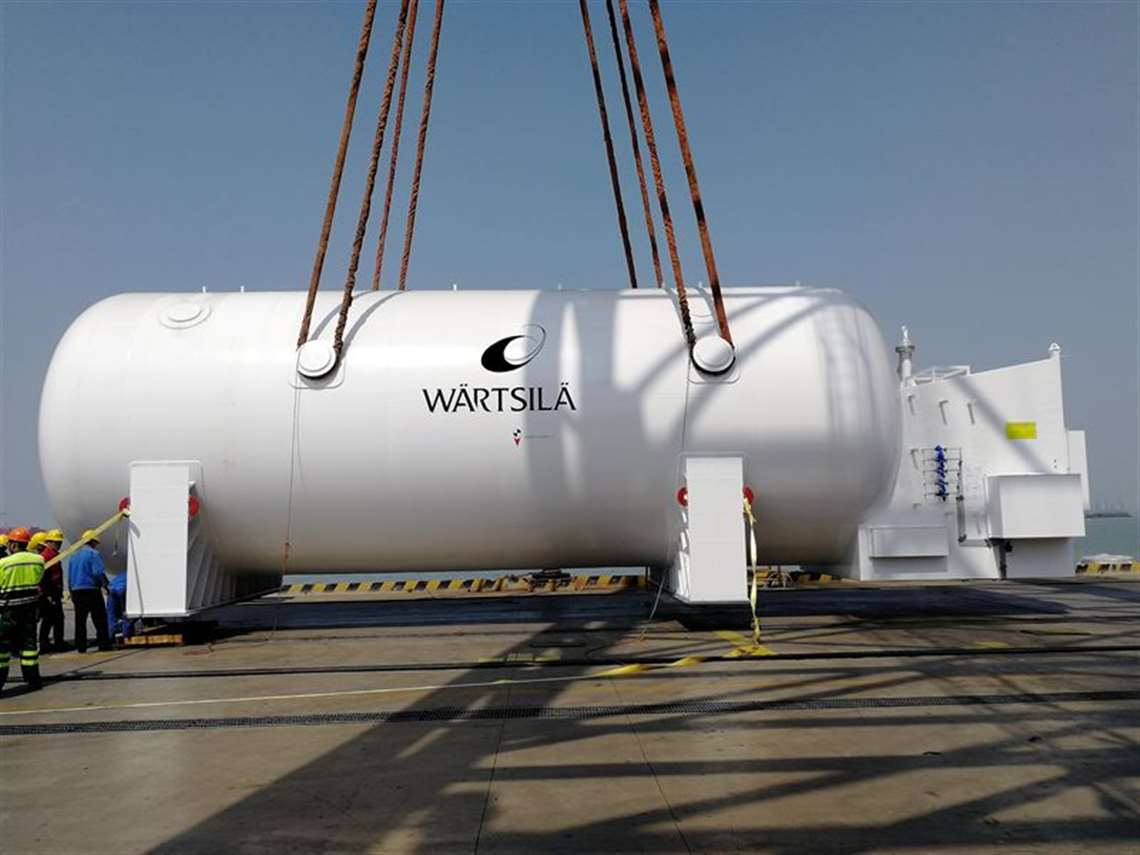 First introduced in 2009, Wärtsilä said LNGPac has played an important role in establishing the viability of LNG as a marine fuel. The system comprises a bunkering station, the LNG fuel tank and related process equipment, as well as the control and monitoring system. The LNGPac fuel system can be offered as a standalone product, or as part of a complete propulsion system.

The first LNGPac installation was for the chemical tanker Bit Viking owned by Swedish operator Tarbit. This vessel was converted for LNG fuel operation in 2011, and its success paved the way for the rapid acceptance of the Wärtsilä solution. Today the LNGPac is installed on some 12 or more different types of vessel, including passenger ferries, tugs, dredgers and offshore vessels. Wärtsilä can deliver LNG systems for propulsion and power generation for any applicable type of ship or engine.