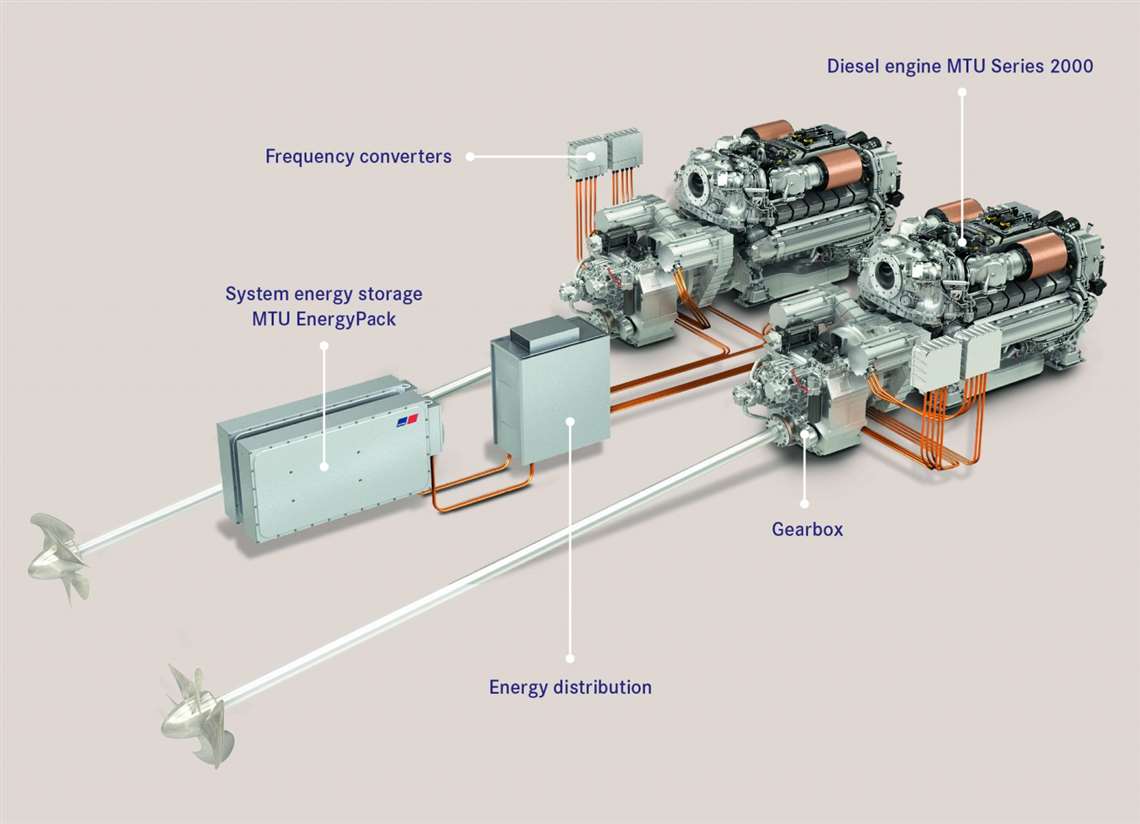 In the meantime, the new MTU hybrid propulsion system will be presented jointly by the two companies on the Sunseeker booth at boot 2019, the watersports trade show that will take place in Duesseldorf, Germany, from 19 to 27 January.

The MTU hybrid propulsion system will allow the yacht to be driven with six different operating modes, including the automated smart hybrid and charge hybrid modes, which enable all power sources to be used as required. In electric mode, the yacht propulsion and on-board power can be supplied continuously by the generators. In silent mode, which uses power solely from the batteries, up to 40 minutes of propulsion and 120 minutes of on-board power are available with each pair of MTU batteries installed.

“Sunseeker has always led the industry by innovating and being first to market so it is entirely appropriate that we are the first luxury performance yacht manufacturer to partner with MTU Hybrid Power which will revolutionise how all customers power their boats over the coming years. This latest hybrid technology will feature in a brand new model launching in 2020,” said Sean Robertson, sales director at Sunseeker International. “We will always be led by our customers who are seeking the highest levels of innovation to match their extended cruising aspirations.”

Sunseeker and MTU UK started the work on hybrid propulsion systems back in 2010 and tested the solution on a prototype yacht. The two companies have a working relationship since over 18 years, which resulted in more than 1 300 MW of MTU power installed in Sunseeker yachts with lengths of between 20 and 47 m.