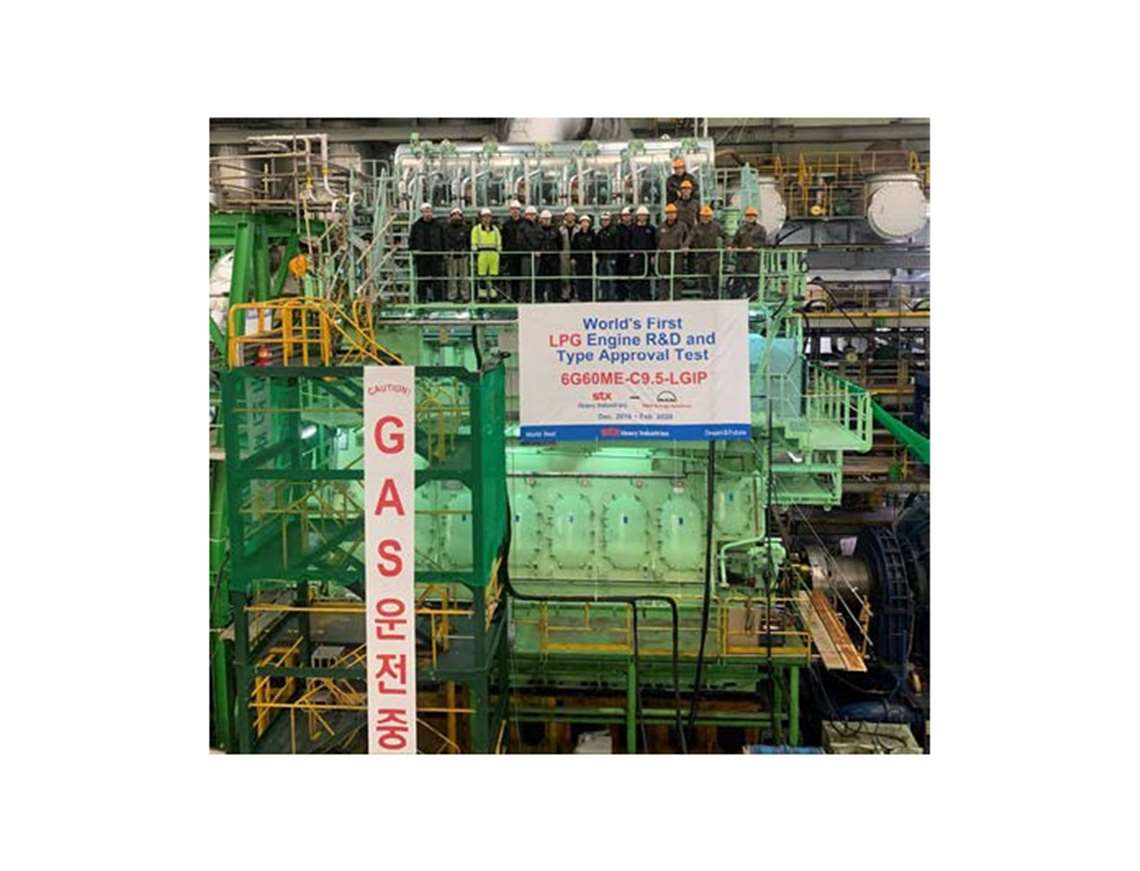 The original deal was signed in advance of the official launch of the MAN B&W ME-LGIP engine in Copenhagen in September 2018 with the contract exchanged publicly during the event.

“Increasing BW LPG’s total investment to eight dual-fuel propulsion engines is part of our corporate commitment to sustainable development,” said Pontus Berg, executive vice president, Technical and Operations at BW LPG. “Through investments in pioneering propulsion technology, BW LPG modernizes its existing fleet and reduces our overall environmental impact.  BW LPG is pleased to work in partnership with MAN Energy Solutions, and we congratulate the team on the successful TAT, where performance has exceeded expectations. We believe that through such partnerships, BW LPG will be able to provide industry-leading customer service and generate better returns for our shareholders, while taking a leading role in the world’s transition towards cleaner energy.”

Wayne Jones OBE, Chief Sales Officer and Member of the Executive Board, MAN Energy Solutions, said: the development of the ME-LGIP engine is just one element of what the company calls the ‘Maritime Energy Transition’, which is a call to action to reduce emissions and establish green fuels within global shipping.

“MAN Energy Solutions’ entire portfolio of dual-fuel engines has now confirmed over 400 projects, all running on clean fuels such as LNG and LPG, testament to our leadership within this critical market segment,” Jones said.

Jens Seeberg, head of Retrofit & Upgrades at MAN Energy Solutions, Two-Stroke said results of the TAT are very encouraging. The arrival of the original order – even before the official launch of the ME-LGIP engine itself – was a strong sign of how timely the technology is. BW LPG will act as an important reference for how to execute dual-fuel propulsion optimally using LPG.

“We also see great potential within the LPG carrier segment as a whole for further retrofits with its sizable fleet,” said Brian Østergaard Sørensen, vice president and head of R&D Two-Stroke Business at MAN Energy Solutions. “The retrofits will benefit the BW LPG vessels both economically and environmentally by giving them access to sulfur-compliant fuel through using the LPG cargo they carry, which has favorable price levels compared with HFO. The cleaner emissions the retrofitted vessels will experience will also be significant, while the growing LPG infrastructure globally will facilitate bunkering.”

BW LPG is a leading owner and operator of LPG vessels and currently owns and operates 51 Very Large Gas Carriers (VLGC) and Large Gas Carriers (LGC) including two VLGC newbuildings with a total carrying capacity of 4 159 213 CBM. With four decades of operating experience in LPG shipping and experienced seafarers and staff, BW LPG offers a flexible and reliable service to customers. With a global presence in nine countries, BW LPG operates out of Singapore and is incorporated in Bermuda.