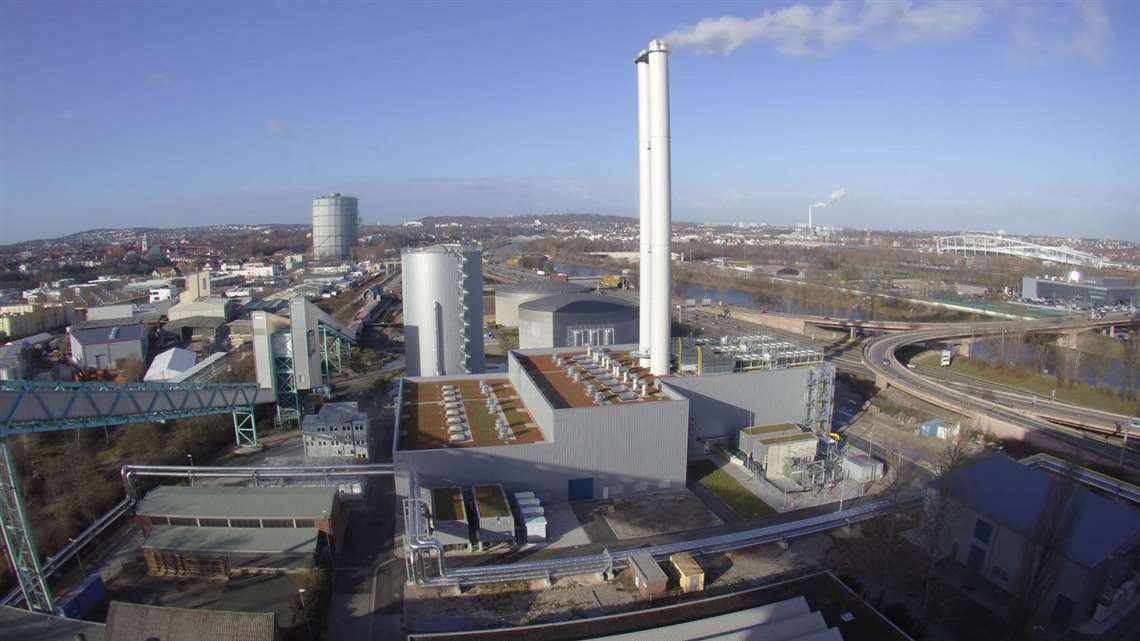 The 30-MW plant is located in the Gaisburg district of the city of Stuttgart, Germany, and commenced commercial operations at the end of December 2018.

The plant is powered by three MAN 20V35/44G gas engines, which produce not only electrical energy but also 30 MW district heating. The plant operates at a total efficiency of up to 90%, MAN said.

The new gas engines are part of an extensive modernization program for the HKW3 cogeneration unit in Stuttgart Gaisburg, MAN said. In addition to the CHP plant, EnBW has also constructed a heat storage and a boiler plant with up to 175 MW thermal energy output to cover fluctuations in supply and demand. The existing coal power plant was decommissioned when the new facility commenced operations.

“The reconstruction of HKW3 is part of EnBW’s strategy for the energy transition, replacing an existing coal-fired plant with a modern gas-powered CHP and boiler plant. By doing this, we are significantly reducing the emissions of CO2 and other pollutants, which is particularly important given the urban surroundings of the power plant,” said Jens Rathert, project manager at EnBW. “Looking at the bigger picture of the energy transition, we regard facilities like the HKW3 as a blueprint for further fuel-switch projects and relish the opportunity for more projects along these lines.”

The CHP plant has been designed with a modular concept: while the gas boilers produce exclusively heat and are primarily designed to cover the peaks in demand over winter, the gas engines will ideally be run continually to provide both electricity and heat.

By combining the facility with a district heating accumulator, EnBW can fully utilize the flexibility offered by the engines and react to price signals. When demand for heat is low, the waste heat from the engines can be stored. This flexibility is made possible by the high reaction speed of the MAN gas engines, which reach their full output in less than five minutes and can handle load changes effortlessly, MAN said.

“Large gas engine power plants are a new but important technology in Germany; they have the potential to replace coal power stations in a way that is not only effective but better for the environment,” said Dr. Tilman Tütken, vice president and Europe sales manager for the power plant division of MAN Energy Solutions. “Our modular power plant concept for cogeneration is being brought to fruition in Stuttgart Gaisburg. The concept works on the modular principle and can be scaled up as required from 7 MW.”