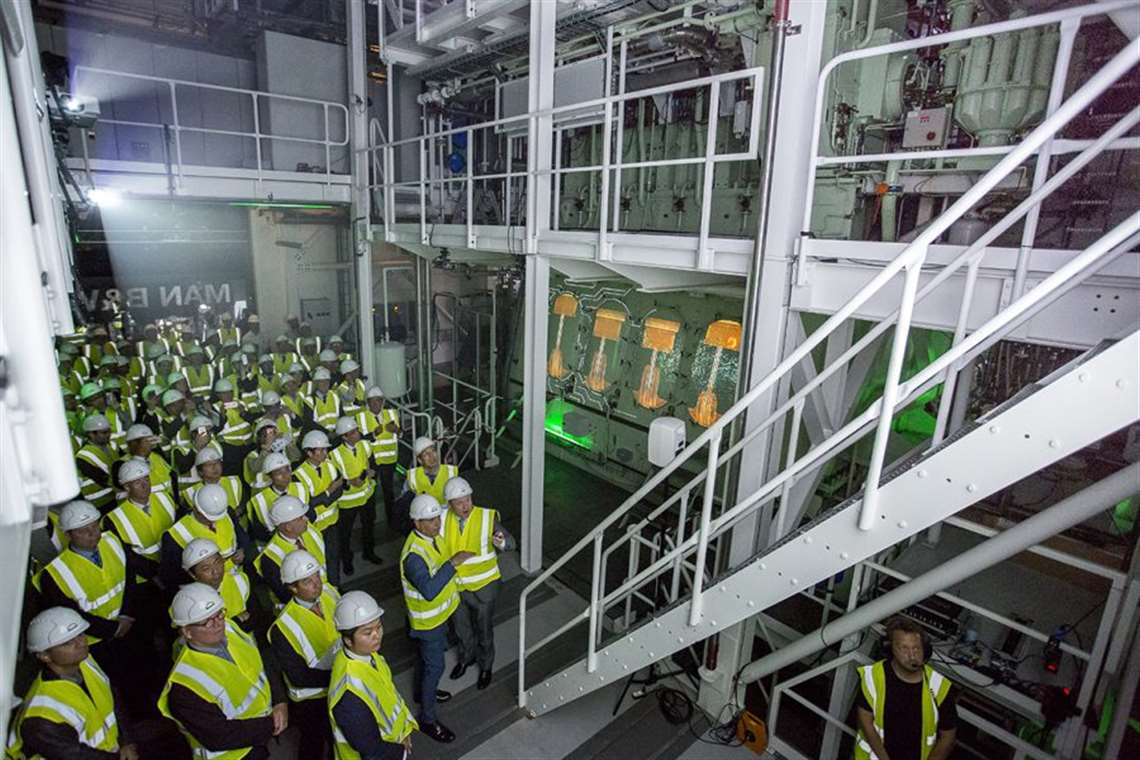 Each newbuilding will receive a propulsion package of one 5S35ME-LGIP engine with an Alpha controllable pitch propeller, power take-off (PTO) and propulsion control system (PCS). MAN Energy Solutions states that it also expects to introduce its new Triton control platform with the engines.

MAN Energy Solutions’ two-stroke licensee, CMD, will construct the engines in Lingang, China, with delivery scheduled during the latter half of 2021. The contract contains an option for two further vessels.

The new order is the latest in a series for the ME-LGIP engine. Among these, Oslo-based BW LPG recently exercised an option for further conversions of HFO-burning engines from its fleet to the dual-fuel type. This happened in the wake of the first ME-LGIP retrofit engine enjoying a successful TAT (Type Approval Test) at the works of MAN Energy Solutions’ two-stroke licensee, STX HI, in Korea.

“After the success of our dual-fuel ME-GI engine running on ethane, orders for our ME-LGIP variant capable of running on LPG are now taking off – a situation we are very pleased with,” said Bjarne Foldager, senior vice president, head of Two-Stroke Business at MAN Energy Solutions. “That the engines in this order form part of an MAN Energy Solutions’ package fits perfectly with our desire to increasingly supply complete propulsion solutions.

“Our low-speed, dual-fuel portfolio has now racked up over 1 million operating hours that owes everything to the strategy we have laid over the past decade and confirms our leadership within this critical marine segment. Our engines’ efficiency is the best in the market, which gives shipowners enormous flexibility, and we note that all fuel modes are employed.”

Lars Zimmermann, senior manager and head of Two-Stroke Direct Sales, MAN Energy Solutions said the ME-LGIP engine is a standard-bearer for environmentally friendly, reliable propulsion technology with its seamless switching between fuels and the full rating and performance of the baseline, low-speed diesel engine.

MAN Energy Solutions said interest in using LPG as a fuel, within and outside of the LPG carrier segment, is growing due to its sulfur-free character, widespread availability and ease of bunkering. In gas mode, the ME-LGIP engine operates on just 3% pilot oil and down to 10% load. Ultimately, the company expects the engine to operate without the need for pilot oil.

The Diesel principle provides the ME-LGIP engine with high operational stability and efficiency, including during load changes and fuel change-over, while defining properties such as a stable change-over from one fuel type to another with no fuel-penalties are maintained. The negligible gas slip of the ME-LGIP engine makes it the most environmentally friendly, two-stroke technology available.

MAN Energy Solutions also reports that the ME-LGIP engine has experienced an up to 18% reduction in CO2 and a roughly 90% reduction in particulate matter when running on LPG, compared with HFO.