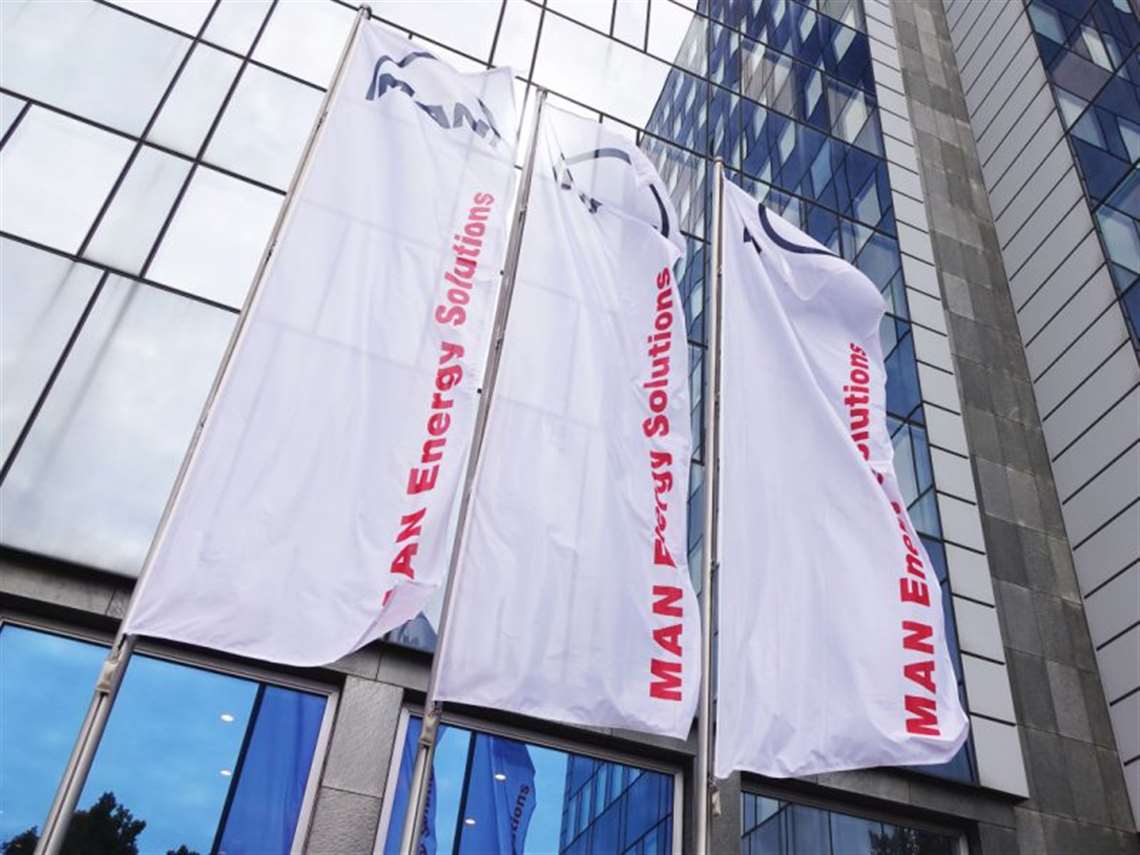 MAN Energy Solutions will lead a consortium seeking to develop a two-stroke, ammonia-fueled engine for maritime shipping, according to Innovation Fund Denmark, the Danish investment entity.

The consortium aims to specify and demonstrate an entire, marine-propulsion system that will pave the way for the first commercial order for an ammonia-fueled vessel. The group also includes Eltronic FuelTech, the Danish fuel-system supplier; the Technical University of Denmark (DTU); and DNV GL, the leading classification society. Development of the engine is scheduled for 2024. Earlier this year, MAN Energy Solutions announced that it would have its first ammonia-ready engine available in 2024 as well as having an ammonia retrofit package by 2025.

MAN Energy Solutions has spoken in favor of a maritime energy transition in shipping for many years now and we understand the need to work with a wide group of industry partners to develop sustainable solutions,” said Brian Østergaard Sørensen, vice president, head of Research & Development, Two-Stroke at MAN Energy Solutions. “Ammonia is a fuel with a lot of potential and yet another, important step towards decarbonizing the marine market. We already have a convincing track-record in developing engines running on alternative fuels – having developed the world’s first two-stroke engines driven respectively by methanol, ethane and LPG – and have great expectations for this project.”

As a marine fuel, ammonia has the potential to decarbonize the marine industry, the group said. The project aims to demonstrate – at full-scale – a large marine engine running on ammonia at MAN Energy Solutions’ test facility, Research Centre Copenhagen. The project comprises three main stages:

The consortium believes ammonia is interesting because it is an energy carrier that does not contain carbon, and whose combustion therefore does not produce CO2. Similarly, its production from electricity doesn’t require a carbon-based source, while its production is infinitely scalable.

Since large quantities of ammonia are already transported around the world, it is a well-established commodity with some 120 ports globally currently involved in its import/export and some with storage facilities. Thus, using ammonia to power ships would be a natural step with infrastructure already in place.

MAN Energy Solutions will act as project coordinator. It will integrate all developed technology into an ammonia propulsion-train and be responsible for fuel injection, the combustion system, and emission after-treatment technology, as well as all on-engine components. It will also be responsible for the test facility and engine testing.

Eltronic FuelTech is a leader in the development, production, installation and maintenance of fuel equipment for high- and low-pressure solutions within the maritime industry. It will be responsible for the engine’s fuel-supply system, including the Fuel Valve Train and its integration with tanks, and purging and venting systems. Eltronic FuelTech will also supply the engine’s fuel-supply system and Fuel Valve Train to the test facility.

DTU is Denmark’s largest technical university and has an international reputation in relation to ammonia as engine fuel. More specifically, its Department of Chemical Engineering will be involved in investigating the chemistry of ammonia combustion and the formation of pollutants during combustion. Similarly, DTU’s Department of Mechanical Engineering will support the project by acting as a consultant and transferring its experience from small ammonia-engine research to a larger-scale, full-size marine engine.

DNV-GL is a leading classification society. It will cover safety regulation for the use of ammonia aboard ships and act as consultant on questions where design decisions have an impact on safety.