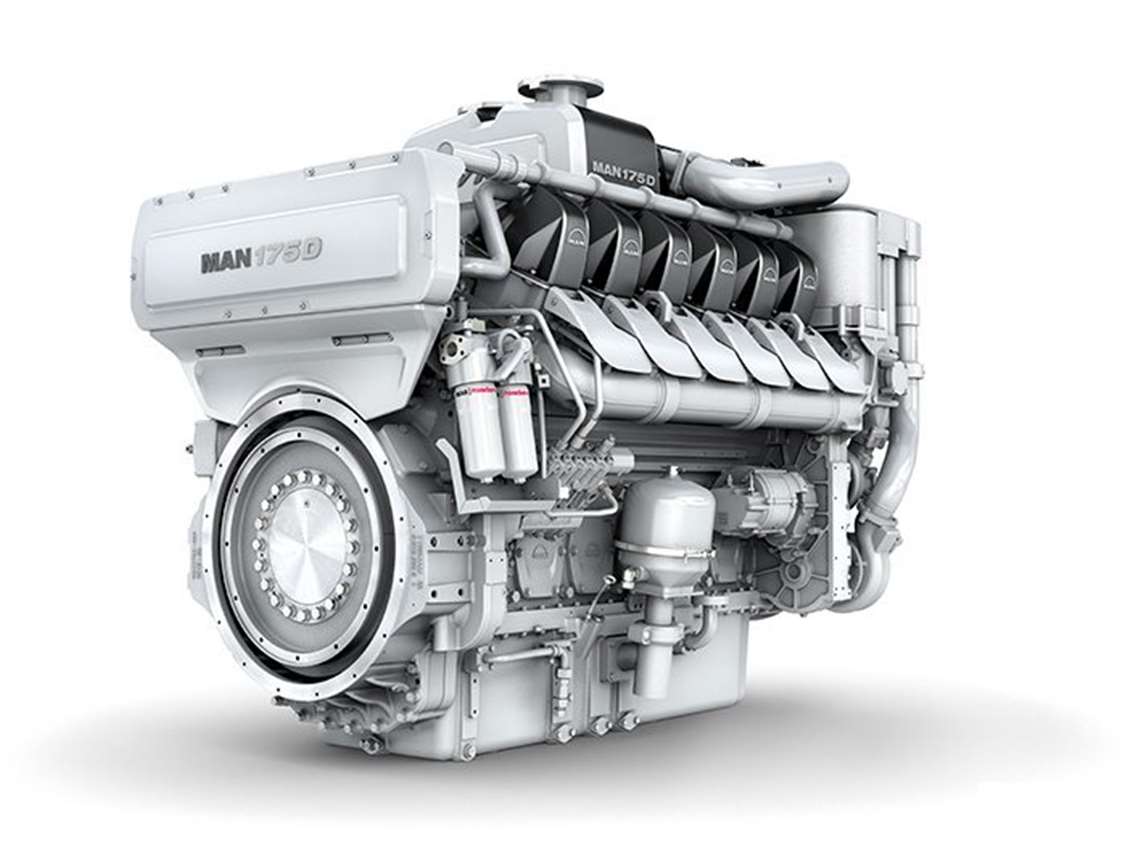 In the course of 2016, the engine had collected a number of orders for commercial applications as main propulsion engine as well as generator-set driver.

MAN Diesel & Turbo said that during the testing the engine performed perfectly, exceeding all class requirements. The company added that the inspection of the engine at the end of the test demonstrated its robustness and durability.

The MAN 175D engine is now globally certified for marine propulsion in both diesel-mechanic and diesel-electric modes, and auxiliary operation for a power output of up to 2 220 kW for the 12-cylinder version.

The 175D engine is available with an output spectrum from 1 500 to 2 200 kW and is optimized for application in ferries, offshore supply vessels, tug boats and working vessels.

The engine has been launched in Europe at the end of 2014 and released in China in December 2015. Dr. Uwe Lauber, chief executive officer of MAN Diesel & Turbo, told D&GTW in a 2016 interview that the 175D’s overall development process had been heavily driven by customer demand for a high-speed engine that works as reliably as a medium-speed engine, and which has been tailor made for maritime use. “We aspire to make the MAN 175D the most efficient engine in this market,” he said.

Lex Nijsen, head of Four-Stroke Marine at MAN Diesel & Turbo, reinforced this statement and commented after the testing: “The MAN 175D is compact, reliable and efficient – properties that are of essential importance for use on working vessels to allow safe maneuverability in the most challenging and rough weather conditions.

“The business case behind it also has to be right for the customer, and this is where the engine sets standards in more than just fuel consumption. Our long-term aim for this engine is to make it the most efficient engine we’ve ever had throughout its lifetime.”