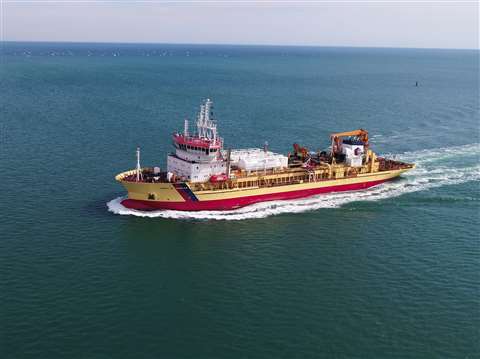 The Samuel de Champlain dredger is a 117 meter/8500 cu. meter vessel belonging to GIE Dragages-Ports, which owns a fleet of seven dredges operating in eight major ports along France’s Atlantic, English Channel and North Sea Coastlines. Built in 2002 and the largest vessel in the fleet, the Samuel de Champlain is fitted out and operated by Grand Port Maritime de Nantes Saint-Nazaire in the Loire and Seine estuaries. Three years ago, the vessel was converted to LNG, which included replacing its diesel generators with three 3180 kW MAN 6L35/44DF medium-speed marine engines capable of running on diesel fuel and gas, with an LNG storage system also installed on board. The conversion was the first of its kind in Europe, MAN PrimeServ reported. 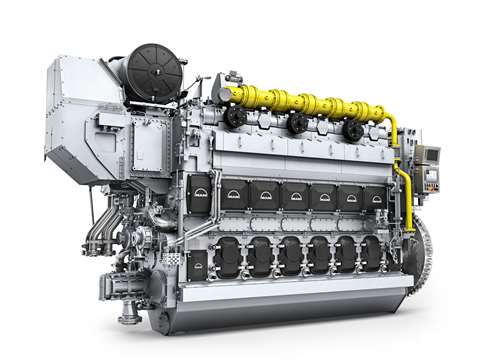 According to MAN, the 35/44DF propulsion system was selected based on certain key characteristics, including its capability to handle large load fluctuations typical in dredging applications; the option to dredge continuously in gas mode (Tier 3) without swapping to diesel mode (Tier 2); and the ability to start in gas mode for minimal NOx emissions from the start of operation. Hubert Louys, maintenance manager for Dragages-Ports, said the organization’s decision to continue the relationship with MAN Energy Solutions was based on the positive experience it had when converting the dredger.

In the announcement of the service agreement, Jordan Morvan, project manager, MAN Energy Solutions France, commented, “We are happy to continue our partnership on this project beyond the installation of the new engine, carried out in 2019. Work to optimize maintenance plans has since been carried out in close collaboration with GIE to ensure the dredger’s increased availability.” 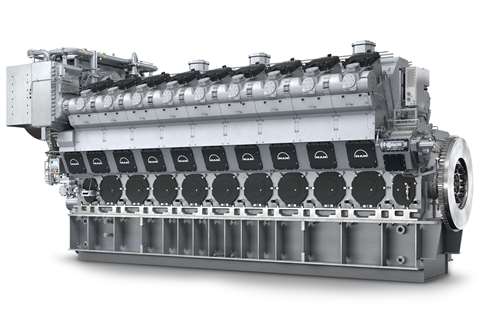 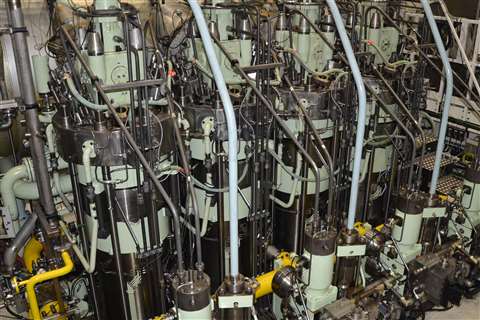