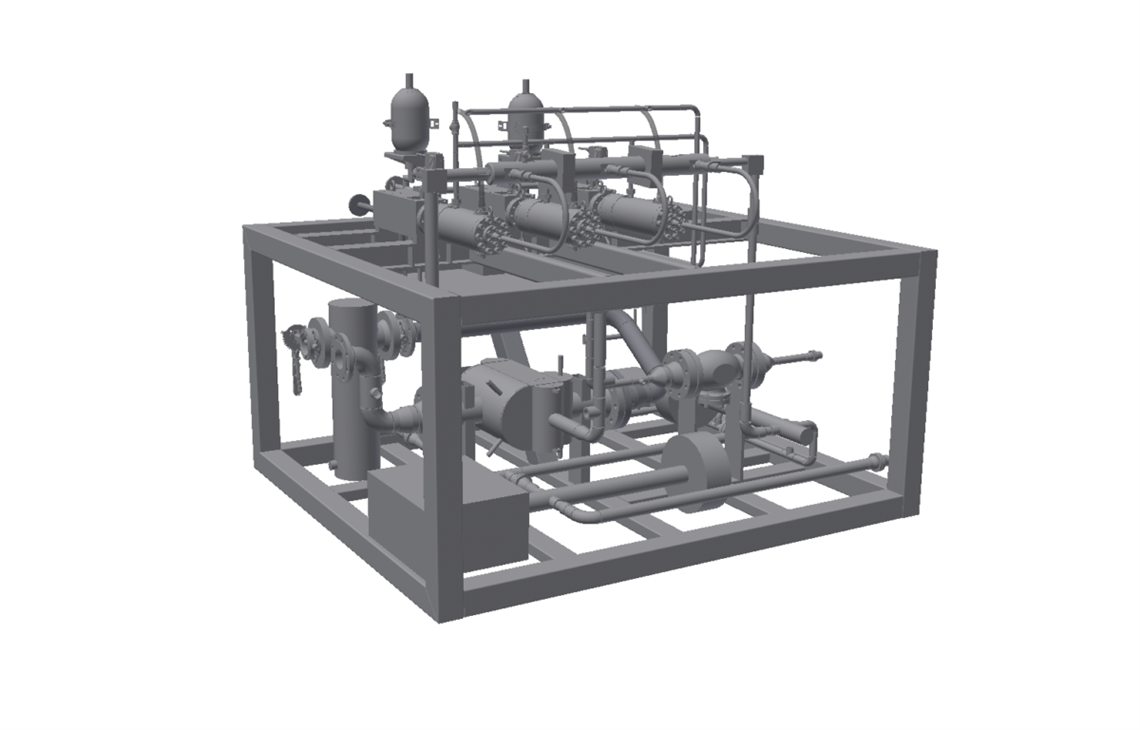 Over the last decade, the marine market has become more interested in operating propulsion engines on gas fuel, at least as one of the fuels in a dual-fuel installation.

Environmental regulations, which have put increased pressure on ever lower sulfur related emissions, are the biggest driver of that interest.

MAN Diesel & Turbo said it experience an increasing interest in their ME-GI type of marine propulsion engines. The company has built a strong experience base on operation on gas fuels like methane, ethane, methanol and also liquefied petroleum gas (LPG). MAN Diesel & Turbo said a revised design of its LPG engine is on the way and will be available early 2019. Along with experience operating liquid fuels, the company said it has long experience working with dual-fuel operation on liquid and gas.

MAN Diesel & Turbo said it has seen a rising demand for a cost-efficient, powerful and reliable system for a fuel gas supply system for their two-stroke engines. To meet that demand, the company recently introduced its pump vaporizer unit (PVU), which is a compact system delivered as a complete module. The PVU is much less complicated than was the “first-generation versions” of fuel gas supply systems, the company said.

“The new PVU is driven by a separate hydraulic power (supply) system, developed by MAN Diesel & Turbo. The gas flow rate to the engine is controlled exclusively by regulating the supplied hydraulic energy,” said Ole Grøne, senior vice president, Sales & Promotion, MAN Diesel & Turbo. “As a consequence there is limited need for any regulation on the gas side, which saves many gas valves and lots of other components used today to control the gas amount injected into the combustion area.

The main components located on the single lift PVU module are three, 50% hydraulically driven high-pressure LNG pumps, one compact glycol based vaporizer system, safety valves and instrumentations, and filters for the LNG and for the glycol. Also included is a control system prepared for ME-GI engine integration of the PVU. This latter system is placed on a small, separate skid. Additional items to be supplied by a yard or integrator is for example the low pressure LNG supply pumps, the hydraulic supply unit, the glycol water system including pipe and circuit, and the overall control system.

”The cold pump, cryogenic type, has been tested by (MAN Diesel & Turbo) on a 4T50ME-X engine during approximately 40 hours,” said René Sejer Laursen, promotion manager, Dual fuel ME-GI/LGI engines, MAN Diesel & Turbo. ”The LNG test has been performed on 0 – 100% load and proved a stable pressure control during load variations. Shut downs have been done without overshooting pressure, a positive result of the small mass of the pump’s moving part.”

The PVU has also been verified working with ethane gas pressure at 380 bar, proving that the PVU can be used to supply both methane and ethane gas to the multi-fuel ME-GIE engine, the company said.

The three cold pumps are individually controlled and their 50% capacity offers redundancy, since there is one stand-by pump available. The system offers a high turndown ratio, the idle speed of the pistons can be zero. There is also a possibility to run the pistons with overlap to reduce pressure pulsations. The tests made with the PVU system has shown, that the three pumps offer identical values for volume, pressure and velocity at their outlets.

”The cold pumps – rather than cryo – are purchased from sub-suppliers and driven by separate MDT-designed, hydraulic oil power boosters, which get energy from the hydraulic power system. In the past an electric motor-driven crankshaft mechanism was used to drive the cryo-pump systems,” said Grøne. “Our new hydraulic system means, that the system has inbuilt redundancy, because every cold end pump has its own, separate hydraulic power booster.”