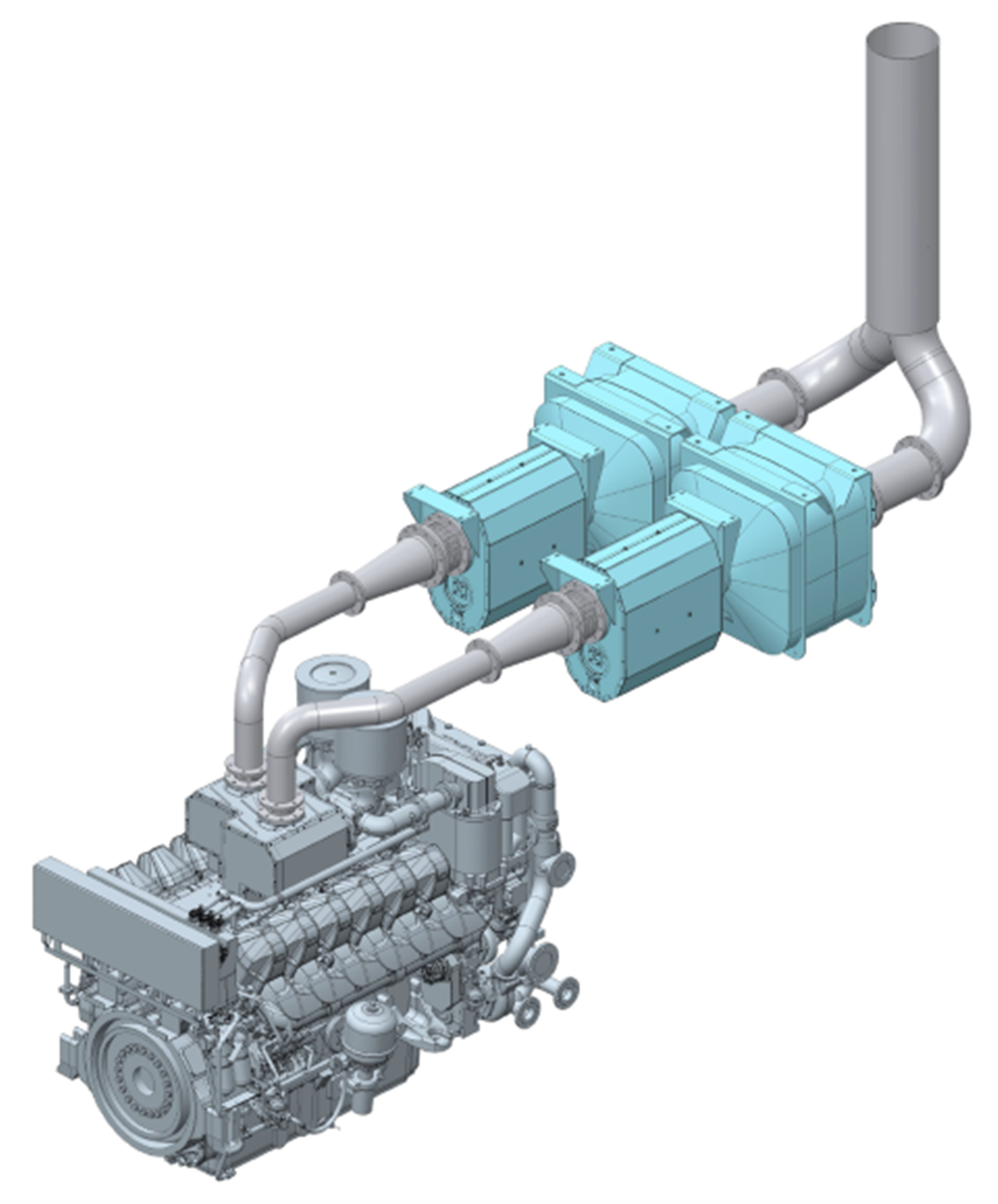 The company said the SCR technology has accrued more than 5000 operating hours, both in the company’s Frederikshavn, Denmark, test center and aboard an operative offshore vessel. The SCR system was released for serial production in October 2018, and won its first order in January.

“In order to deliver a very compact and cost-effective design, we have based the MAN 175D SCR system on our most cutting-edge technology,” said Daniel Struckmeier, head of Exhaust Aftertreatment, MAN Energy Solutions. “A great strength is its flexible arrangement and compactness that optimize the space typically available in confined engine-rooms.”

With an excellent power-to-weight ratio, airless operation and closed-loop NOx emission control, the MAN 175D SCR now offers a very competitive solution for IMO Tier 3 applications, the company said. Because of its IMO NOx Scheme A certification procedure, the system can be installed directly without further on-board confirmation tests, the company said. The family concept of the MAN 175D SCR also allows the bundling of the full group of 175D engines into one parent-engine concept, the company said. MAN Energy Solutions reports accordingly that the type approval covers not only the 12V175D in all its released applications, but also the 16V and 20V versions, which will be launched in the near future employing identical SCR components as used in the 12V system.