Since the beginning of the 21st century, the Israeli government has increasingly relied on seawater desalination to guarantee the water supply for industry and the general population, even during periods of drought. Five such plants are currently in operation, which combined desalinate around 585 million cu. meters of seawater, with two more plants planned over the next few years.

One of the existing power plants, located about 40 km south of Tel Aviv in Ashdod on the Mediterranean coast, has been in operation since 2015. Owned by Shapir Engineering and Marine Ltd. and GES Global Environmental Solutions Ltd., the facility has an annual output of roughly 100 million cu. meters of seawater annually.

In order to lower its energy consumption while retaining its capacity, the Ashdod plant is scheduled for a refit, with MAN Energy Solutions supplying two MAN 14V51/60DF dual-fuel engines to drive 15 MW seawater pumps, and five 18V51/60G four-stroke gas engines, set up as gen-sets with a 99 MW total capacity, to ensure the plant’s off-grid power supply. The new setup will replace the facility’s eight electrical pumps.

“Typically, seawater pumps are driven by electric motors,” said Tilman Tütken, vice president, Strategic Projects, Power, at MAN Energy Solutions. “The mechanical drive chosen [in Ashdod] reduces operating costs while increasing overall efficiency of the plant. In addition, efficient fuel utilization is ensured, even in part-load operation. In conjunction with the additional power plant engines, this creates a fully independent system that ensures the reliable and efficient operation of the plant.”

The operator plans to use a single power plant engine on a rotating basis to provide continuous power to the plant, MAN Energy Solutions noted, while the other four engines will serve as backup for the national grid, balancing peak loads in Israel’s energy demand. 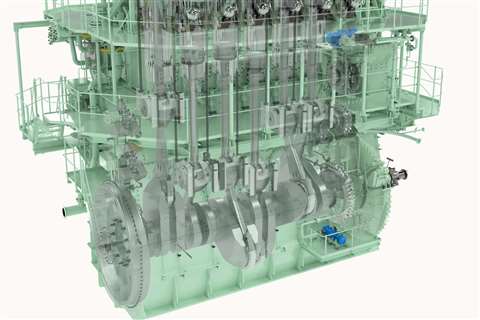 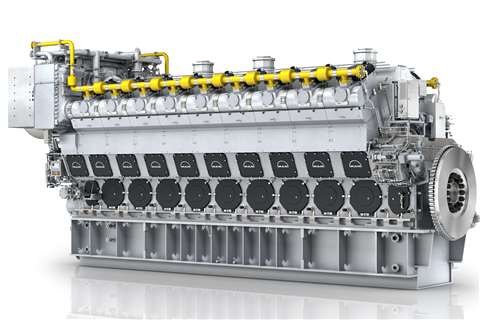