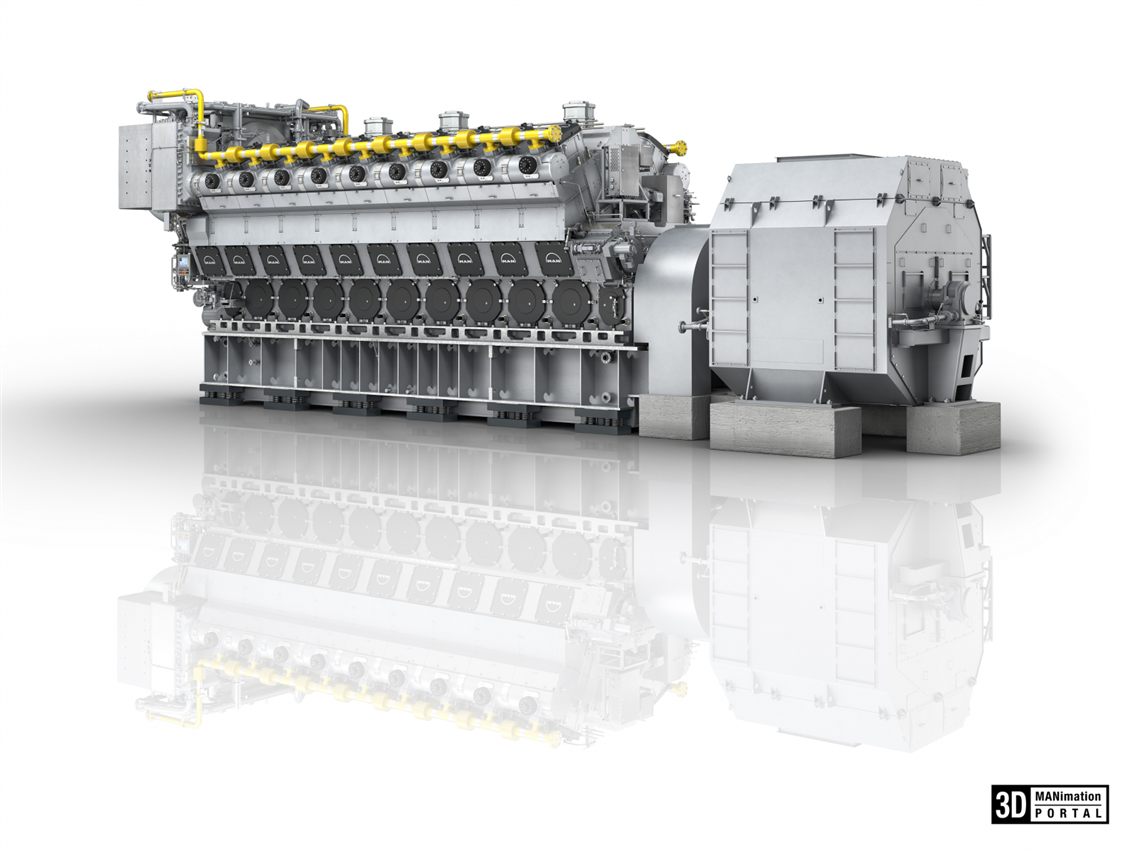 A consortium including MAN Diesel & Turbo and Danish engineering, procurement and construction firm BWSC has won a contract to build the new 127 MW Maria Gleta power plant near the city of Cotonou, Benin.

The plant will be equipped with seven 51/60DF gen-sets, due for delivery during 2018. The 51/60DF engine from MAN Diesel & Turbo is a dual fuel engine that converts liquid fuel (diesel operation) or natural gas into electrical power efficiently and with low emissions.

The engine is designed to switch smoothly and seamlessly from gas to liquid fuel operation (and vice versa) at full load without any output and speed fluctuations. This feature makes it possible to use the engine in many different applications with a variety of fuels.

The engine delivers maximum output combined with maximum flexibility and reliability. The 51/60DF comes in six versions that supply an electrical gen-set output range of 8847 kW up to 17 766 kW. It has a bore and stroke of 510 X 600 mm.

In addition, MAN PrimeServ will supply spare parts and support of major maintenances under a long-term service agreement with BWSC who will be operating the plant.

“The plant will operate on natural gas, as soon as the supply has been established,” said Waldemar Wiesner, head of Region MEA for the Power Plants business at MAN Diesel & Turbo. “Thanks to our dual-fuel technology, it can run on HFO (heavy fuel oil) in the meantime. Such fuel flexibility is essential to ensure the immediate production of electrical energy, once the construction has been finalized. To date, only 30% of the people of Benin have access to electricity, which is why the project is of great importance to increase national prosperity and to support the country’s growing economy.”

The plant is scheduled to begin operation in the first half of 2019. Its erection is part of the government of Benin’s action plan Revealing Benin, that includes 45 flagship projects aimed at strengthening macroeconomic development. The Maria Gleta plant is planned to be expanded to a total capacity of 400 MW as part of this program.

Cotonou is the largest city and economic center of Benin. The Autonomous Port of Cotonou is one of the largest in West Africa. Because of its status as a transport hub, the city has become a crossroads of West African commerce.