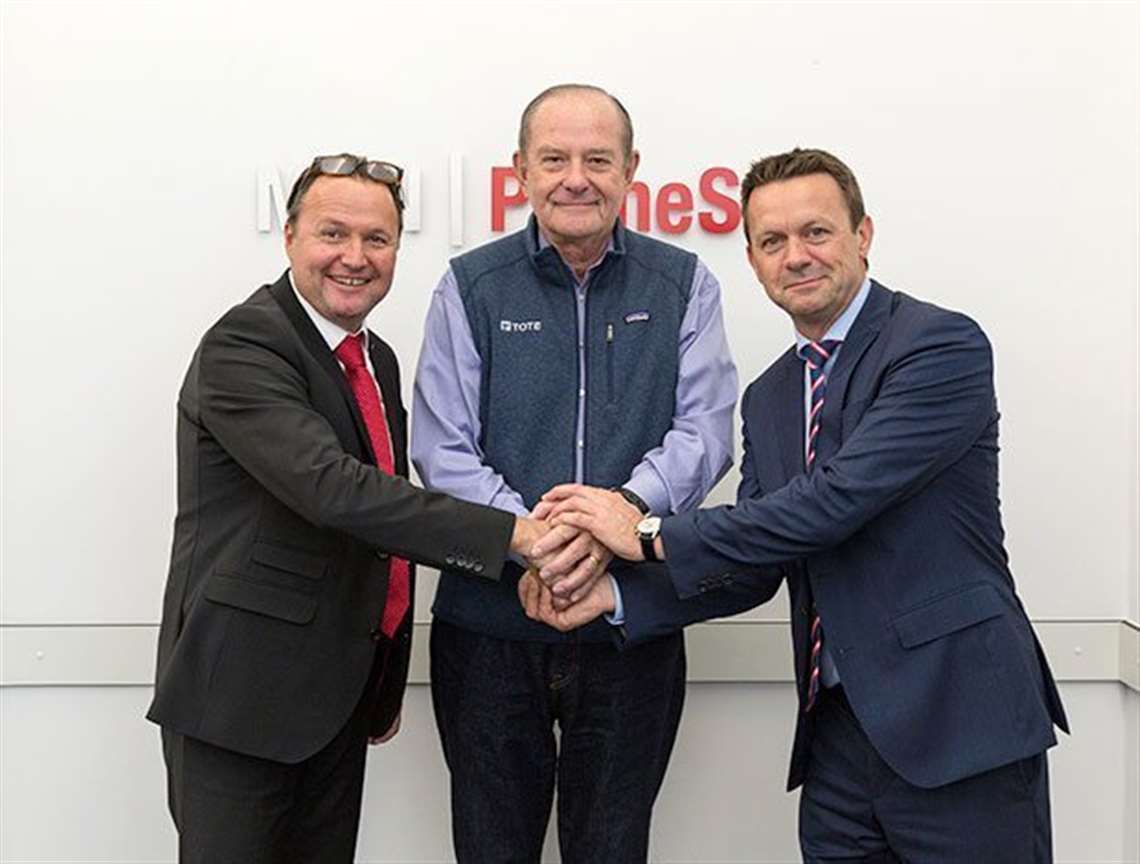 The ships are operated by TOTE Maritime Alaska, a daughter company of TOTE Inc., a leading American marine-transportation group. The roll on/off ships are currently both powered by four MAN 58/64 engines and will be retrofitted to MAN 58/64 retrofit units. The MAN 58/64 engine is available in six, seven, eight and nine cylinder configurations with outputs form 7800 to more than 12 510 hp.

The contract was signed in April 2017 and announced during the High Horsepower (HHP) Summit, a conference and expo on the use of natural gas and covers the design, development and testing of a first-of-its-kind dual-fuel kit, which will serve as foundation for the largest LNG conversion in North America, MAN Diesel & Turbo said.

A key reason in TOTE’s decision to retrofit the vessels to LNG is to significantly reduce the most harmful emissions that result from burning diesel, the company said.

“TOTE Maritime Alaska is excited to convert its fleet to LNG power which will result in a significant reduction in air emissions including particulate matter, sulfur oxide (SOx) and nitrogen oxide (NOx). This significant investment of time and money is a reflection of our commitment to the environment, our customers and the state of Alaska,” said Michael Noone, president of TOTE Maritime Alaska.

“To meet TOTE’s requirements, we have developed a solution based on our well-proven 51/60DF retrofit. Accordingly, the engineering approach to the 58/64 retrofit is very familiar to us, and this project represents a straightforward conversion procedure,” said Dr. Thomas Spindler, head of Upgrades & Retrofits at MAN PrimeServ Augsburg. “The investment will be of huge benefit to the customer on several fronts: not only will the retrofitted engines meet all new emission standards; the new components they receive during conversion will significantly extend their working life.”

“We have been investigating and testing many options for shifting the fleet to LNG. The conversion of the existing engines is the most reliable and beneficial solution” said Peter Keller, executive vice president of TOTE. “This innovative solution that has been developed in partnership with MAN, will be an important milestone for the industry as we all prepare for the IMO sulfur cap in 2020.”

TOTE Maritime Alaska handles approximately one-third of goods transportation between the continental US and Alaska. Both the North Star and Midnight Sun operate fast routes between Anchorage, Alaska and Tacoma, Washington.

The two Orca class ships were originally constructed by NASSCO, part of the General Dynamics Corp. at its San Diego yard and were commissioned in 2003.