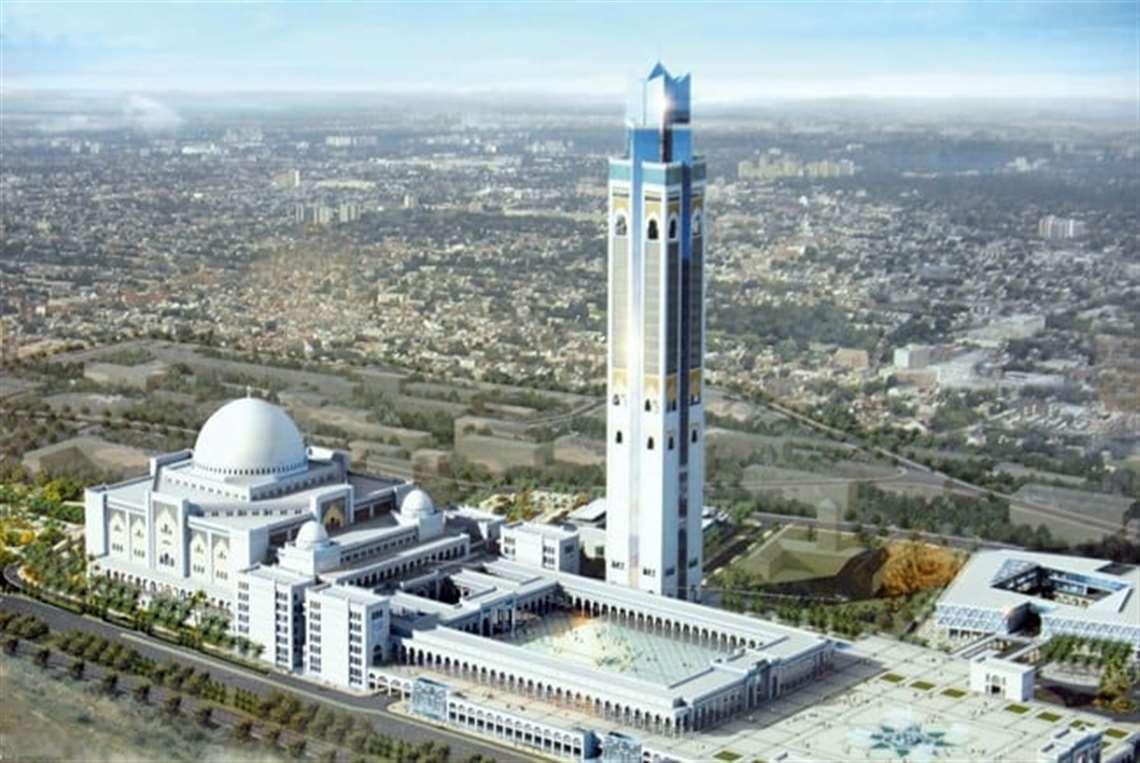 GE’s Distributed Power business said that Clarke Energy, GE’s authorized channel partner of Jenbacher gas engines in Algeria, has been selected by the developers of the new Djamaâ el Djazaïr mosque (the Great Mosque of Algiers) to supply four of GE’s J320 Jenbacher gas engines for a trigeneration plant. The facility will provide the mosque with reliable, efficient and lower-carbon power, heating and cooling.

The natural gas-fueled trigeneration plant will supply 4.25 MW of electricity, 4.3 MW of heat in the winter and 3.5 MW to produce 6 MW of chilled water in the summer at the mosque, which also is known as the Mohammadia Mega Mosque. Mohammadia is located near the capital city of Algiers.

The facility will be the third largest mosque in the Arabic world — after the Mecca and Medina sites —and will feature a minaret over 265 m tall, making it the world’s largest. Clarke Energy secured an agreement with Turkish subcontractor AE Arma-Elektropanç to supply four Jenbacher J320 gas engines for the project.

The mosque complex includes a multimedia library, a research center, meeting rooms, a prayer room able to accommodate almost 35,000 people, the minaret, a Quran school, residential facilities and a museum. During the hot Algerian summer months, the gas engines’ heat will be converted into cooling water by three absorption chillers. The cold water will be used in the building’s air conditioning systems. In the winter, the system will use the engine heat to warm the complex.

The engines have been delivered to the mosque site and are expected to enter operation at the end of the year, in conjunction with the opening of the mosque.

“We are excited to support the development of the Djamaâ el Djazaïr mosque by supplying GE’s Jenbacher gas engine trigeneration technology, which will allow the mosque to generate its own power, heat and cooling for the complex without depending on the local grid,” said Jamie Clarke, chief executive officer of Clarke Energy, a Kohler company. “GE’s CHP (combined heat and power) technologies will deliver important reliability, energy efficiency and environmental benefits for this flagship international project.”