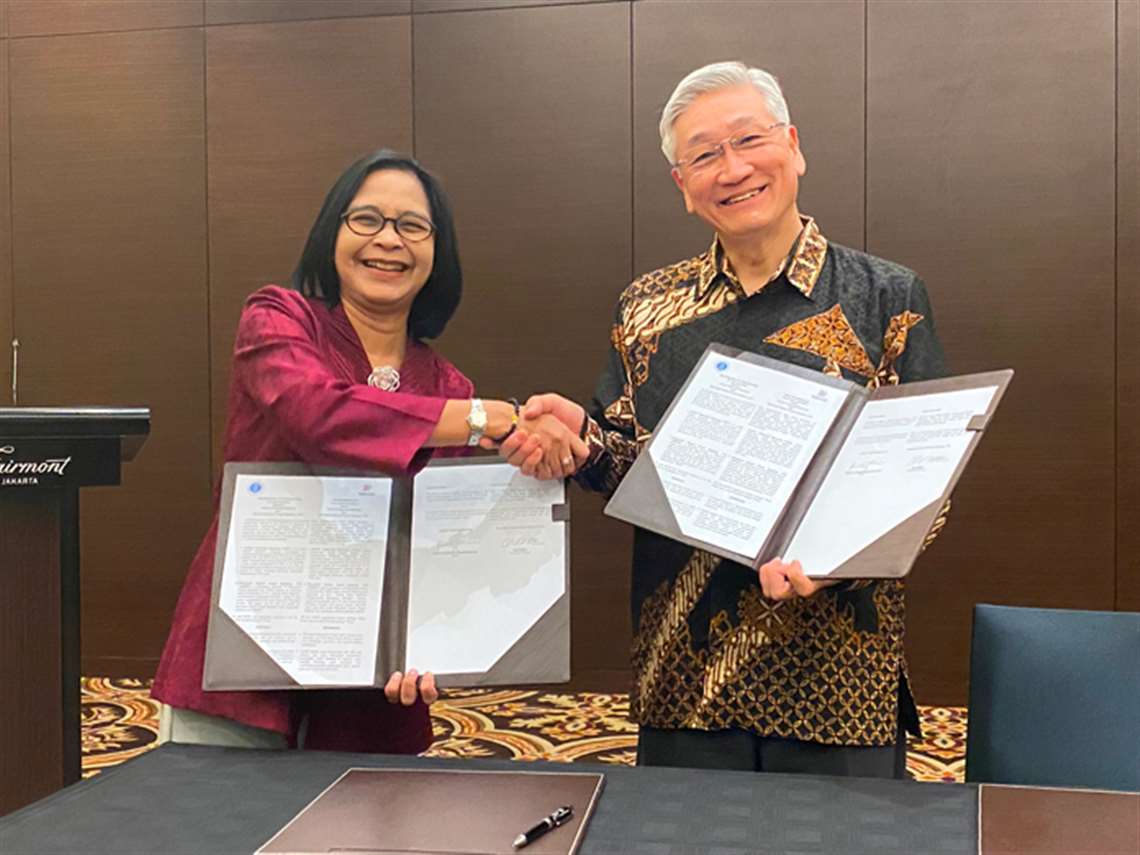 Topics judged feasible as a result of the joint research will then be studied more deeply by MHPS and ITB working in collaboration toward their realization. The two parties will also discuss how the joint R&D base should be developed and fine-tune the details. Other specific topics will be addressed by the two partners progressively raising the level of their cooperation.

ITB is one of Indonesia’s leading national universities, with a student body currently numbering roughly 22 000. Its main campus is located in Bandung, the capital city of West Java province. Established in 1959, ITB traces its roots to Technische Hogeschool (TH), the country’s first technical institute of higher learning founded in 1920.

MHPS has contributed to Indonesia’s power supply infrastructure for more than 50 years through the provision of thermal power systems and geothermal power generating equipment. Looking to the future, the company said it aims to make further contributions by providing next-generation power technologies friendly to the environment. ITB, which celebrates its centennial anniversary this year, is looking to promote effective use of Indonesia’s available energy on an even higher level. These dual aspirations led to the conclusion of the new MOU on joint R&D.

“Through this joint research, not only will we develop new technologies for clean energy, but also we will improve the performance of existing power plants in Indonesia through big data analysis and Artificial Intelligence (AI),” said MHPS President and CEO Ken Kawai. “I am certain that the memorandum of understanding we are signing today will mark the beginning of a long and fruitful collaboration with ITB.”