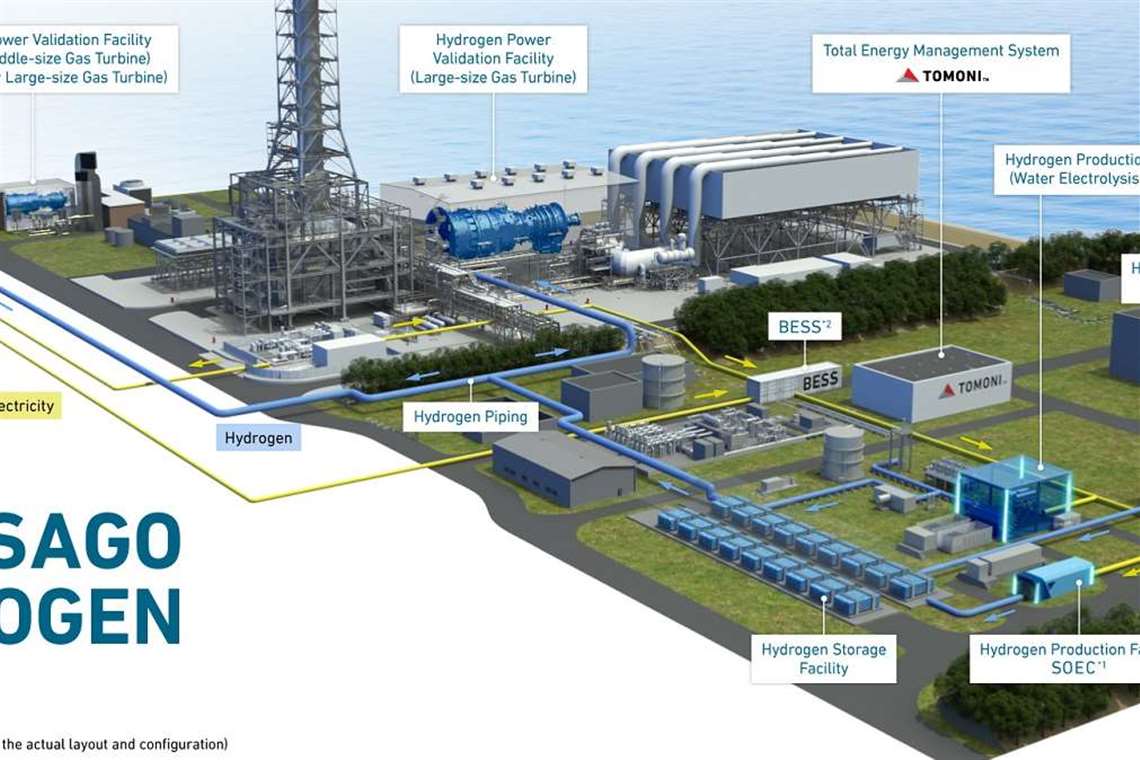 Mitsubishi Power plans what it calls the world’s first center for validation of hydrogen-related technologies.

The center, called Takasago Hydrogen Park, will be co-located at the gas turbine development and manufacturing facility of MHI’s Takasago Machinery Works in Hyogo Prefecture in Japan, to support the commercialization of hydrogen gas turbines using hydrogen as fuel.

An integrated system for all aspects of hydrogen-related technologies, from development to demonstration and verification, will be established at the Takasago Machinery Works. For the combustion chamber, the key component of hydrogen gas turbines, Mitsubishi Power will create a workflow that includes development at the development center (Research and Innovation Center), design, production of an actual machine at the manufacturing plant, and validation testing at the demonstration facility. Mitsubishi Power’s gas turbine development process encompasses verification testing of all elements at the basic design stage, the incorporation of those results in the detailed design, and finally validation using an actual machine. Completing this development cycle within the same plant will allow for quicker and more certain product development and commercialization.

The T-Point 2 facility conducts long-term reliability validation of newly developed technologies, including verification of the next-generation JAC large frame gas turbines, high-efficiency systems that have achieved the world’s first turbine inlet temperature of 1650℃, conducting operations equivalent to an actual power station while connected to the local power grid. This unique facility, unlike any other anywhere in the world, began long-term verification testing on July 1, 2020, as a 556 MW class gas turbine combined cycle (GTCC) power generation facility.

As part of the Energy Transition strategy, MHI group is building a value chain for hydrogen, from production to use, through the further integration and advancement of the existing energy structure and hydrogen-related technologies. By further developing this approach and linking it to many different types of industries centered on hydrogen, MHI aims to establish a “hydrogen ecosystem” that will form the basis of a sustainable society, and accelerate its commercialization through verification at Takasago Hydrogen Park.