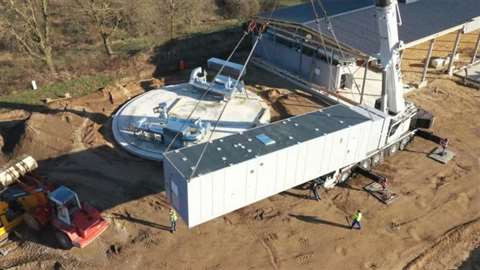 Delivery of a container for the cogeneration power plant with gas engine in Alfhausen. (Photo: Rasche & Weßler GmbH)

MWM gas engines are proving their ability to enable different global regions to utilize biofuels for energy production. The company announced its engines are being incorporated into two separate sustainable power plant projects, one in Germany and another in China.

MWM TCG 3020 V20 gas engines rated 2300 kW and delivered by Caterpillar Energy Solutions in Mannheim, Germany, will be used to power two containerized cogeneration power plants as part of an energy project being rolled out in Germany’s Osnabrück Land region. The first of three plants, which is located in Alfhausen, will have a total output of 4.6 MW and will feed power produced by the engines through combined heat and power (CHP) generation directly into the public power grid. Heat generated  will be transported to connected homes via a pipeline network.

The 19-km district heat network in Alfhausen was set up by Rasche & Weßler GmbH, a local company specializing in energy management and automation technology. The concept is based on the use of biomethane as a regenerative energy source and fuel for the MWM gas engines. The gas will come from the natural gas network of Westnetz GmbH in Osnabrück. In addition, biogas from other plants in Germany will be fed into the natural gas network at another location.

The industrial zone where the plant is located includes a hot water storage tank with a roughly 2500 cu. meter capacity. The water will be heated using the exhaust heat of the two MWM gas engines and transported to individual homes through the district heat network. In the event of a cogeneration power plant outage or unexpected cold spells, the storage facility can be used as an additional buffer to continue to supply Alfhausen with heat for several days. 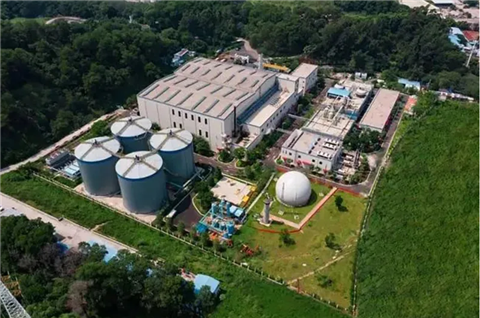 The Alfhausen cogeneration power plant was set to begin producing heat and power for the local population in fall of 2022. A second identical district heat plant is being built in Fürstenau and is scheduled to go live in 2023, with a third 9 MW biomethane plant planned a few miles from the Alfhausen site.

In China, MWM gas engines are being used to generate power from biogas garnered from accumulated waste, which in turn will be used for operation of two waste utilization plants, with excess power fed into the public grid.

The Likeng wastewater treatment plant, which went live in December 2021, is currently China’s largest environmental protection project for processing of waste. The plant processes an average of 1000 t of kitchen waste per day, and roughly 350000 t per year. The annual power generation is estimated at 48 million kWh.

The waste utilization park in Qingdao also features a new plant that produces power for the plant operation and for feed-in to the public grid with two MWM TCG 2020 V16 gas engines. (Photo: 博威能源Pauway)

The plant is operated with three MWM TCG 2020 V20 gas engines delivered by MWM distributor Beijing Pauway Energy Technology Co. Ltd., which also prepared the plans for the project’s energy systems. The engines are fueled by the biogas produced from the kitchen waste and have an output of 2000 kW each.

A second power generation project is planned by Pauway and is being rolled out in a domestic waste utilization park in Qingdao, The new plant will also use kitchen waste for power production purposes and utilize two MWM TCG 2020 V16 gas engines, each of which delivers 1.56 MW.

Once the new plant is live, the engines will cover the power demand of the waste utilization park and supply any excess power to the public grid. The project is expected to provide up to 25 million kWh of power per year, result in a carbon emissions reduction of more than 3300 t/year and save approximately 666667 sq. meters of landfill space. 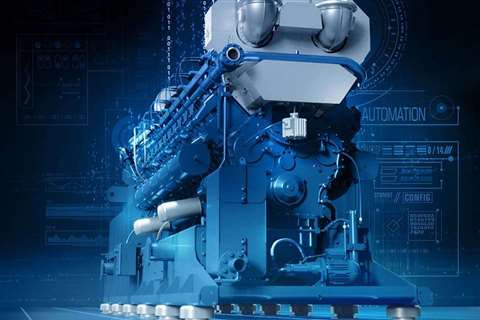