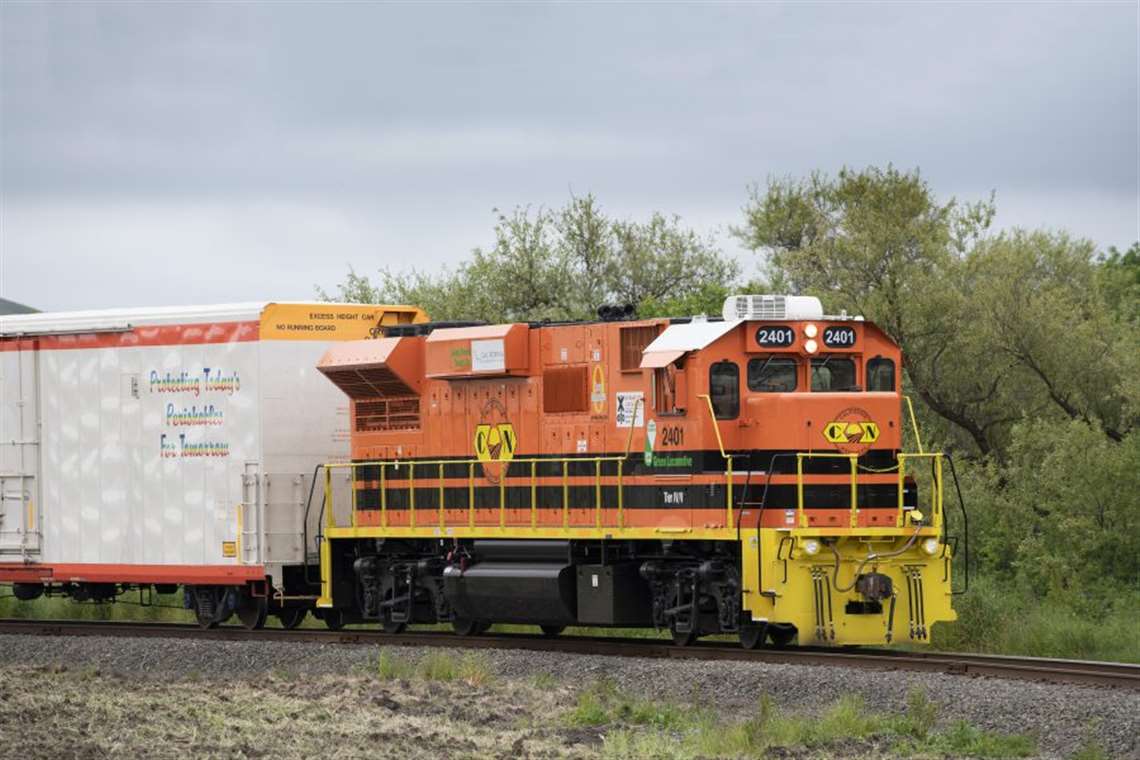 The new locomotives were purchased in conjunction with US$3.7 million in grant funding from California’s Bay Area Air Quality Management District (Air District) through the Proposition 1B Goods Movement Emission Reduction Program (GMERP), a state program aimed at incentivizing owners of equipment used in freight movement to upgrade to cleaner technologies. The Air District is the regional agency responsible for protecting air quality in the nine-county San Francisco Bay Area region.

Built by Knoxville Locomotive Works in Tennessee, the two new 2400-hp diesel locomotives use selective catalytic reduction (SCR) technology to meet the emissions requirements set by the EPA. Their high-efficiency, 12-cylinder MTU engines are expected to provide fuel savings of 25% and reduce diesel emissions – carbon dioxide (CO2) and oxides of nitrogen (NOx) – by 80% compared to the two circa-1976 locomotives being replaced.

“Short line railroads such as the California Northern, which provide the ‘first and last mile’ of freight service linking local customers to the large national railroads, are small businesses with duty cycles that don’t require brand new locomotives,” said CFNR President Brad Ovitt. “We’re grateful to the Air District for making the purchase of these two low-emission, state-of-the-art locomotives feasible, as they provide benefits to the communities served by the railroad that would not be possible for us to do on a stand-alone basis. It’s a true win-win, public-private partnership.”

The Air District is on a course to be diesel-free by 2033 in the Bay Area, and these cleaner engines will help the region reduce diesel while newer diesel technology is being developed, said Jack Broadbent, executive officer of the Air District.

“Reducing diesel emissions is an essential element of the Air District’s continuing efforts to protect public health in communities that are highly impacted by the Bay Area’s freight movement infrastructure,” Broadbent said.