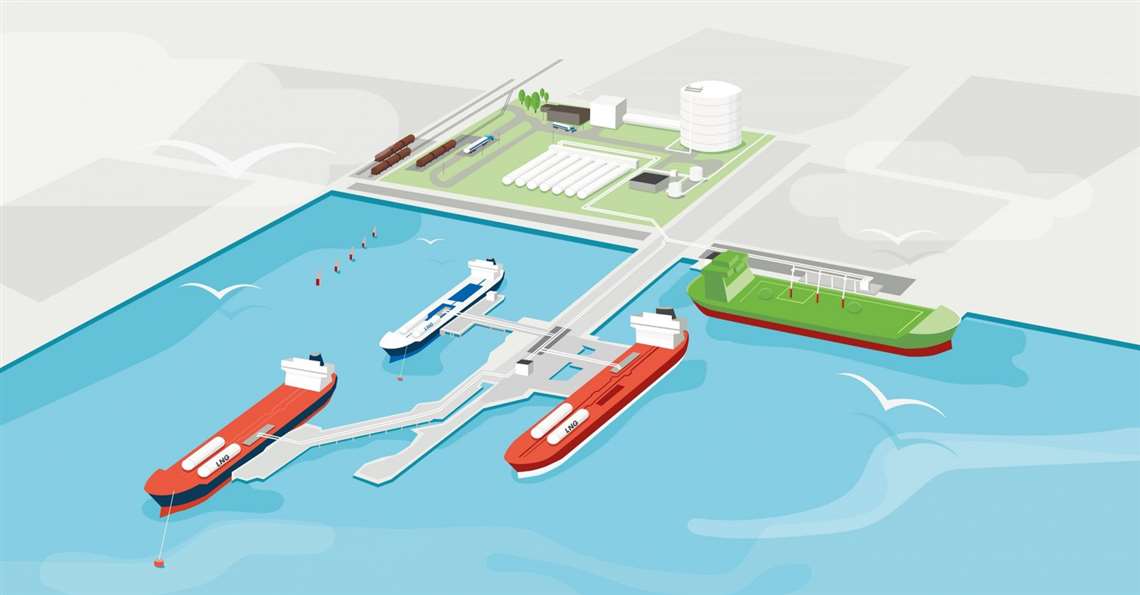 Construction of a new liquefied natural gas (LNG) facility is now underway at the Port of Gothenburg. It will become fully operational this year.

LNG as marine fuel is increasingly used in the world as global sulfur regulations become increasingly stringent, the Port of Gothenburg said, adding that it has made considerable progress in promoting its use. The first LNG bunkering took place at the Port of Gothenburg in autumn 2016, and since then operating regulations and routines have been developed and efficiency has been improved, resulting in a steady rise in the number of LNG bunkering operations.

Today, Skangas is supplying vessels with LNG using a ship-to-ship bunkering system at the Port of Gothenburg. Skangas has now been joined by Swedegas, which owns and runs the Swedish gas transmission network. Swedegas will expand the number of LNG options at the port with the construction of a facility that will ensure safe, rapid and effective landside LNG bunkering while vessels are loading and discharging at the Energy Port, port officials said..