The amount of electricity generated worldwide from coal is surging towards a new annual record in 2021 and is on course for an all-time high next year, the International Energy Agency said in its latest annual market report.

“After falling in 2019 and 2020, global power generation from coal is expected to jump by 9% in 2021 to an all-time high of 10 350 terawatt-hours,” according to the IEA’s Coal 2021 report. “The rebound is being driven by this year’s rapid economic recovery, which has pushed up electricity demand much faster than low-carbon supplies can keep up. The steep rise in natural gas prices has also increased demand for coal power by making it more cost-competitive.”

Overall coal demand worldwide – including uses beyond power generation, such as cement and steel production – is forecast to grow by 6% in 2021. That increase will not take it above the record levels it reached in 2013 and 2014. But, depending on weather patterns and economic growth, overall coal demand could reach new all-time highs as soon as 2022 and remain at that level for the following two years, underscoring the need for fast and strong policy action, according to the report. 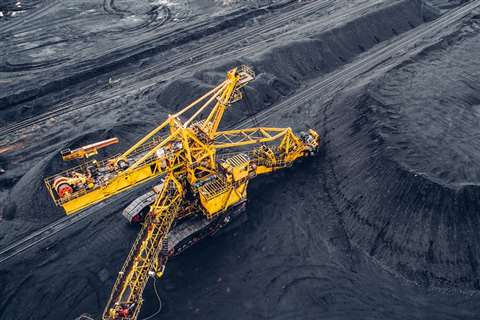 he amount of electricity generated worldwide from coal is surging towards a new annual record in 2021, undermining efforts to reduce greenhouse gas emissions and potentially putting global coal demand on course for an all-time high next year, the International Energy Agency said in its latest annual market report.

“Coal is the single largest source of global carbon emissions, and this year’s historically high level of coal power generation is a worrying sign of how far off track the world is in its efforts to put emissions into decline towards net zero,” said IEA Executive Director Fatih Birol. “Without strong and immediate actions by governments to tackle coal emissions – in a way that is fair, affordable and secure for those affected – we will have little chance, if any at all, of limiting global warming to 1.5 °C.”

In China, where more than half of global coal-fired electricity generation takes place, coal power is expected to grow by 9% in 2021 despite a deceleration at the end of the year. In India, it is forecast to grow by 12%. This would set new all-time highs in both countries. While coal power generation is set to increase by almost 20% this year in the United States and the European Union, that is not enough to take it above 2019 levels. Coal use in those two markets is expected to go back into decline next year amid slow electricity demand growth and rapid expansion of renewable power, according to the report.

“The pledges to reach net-zero emissions made by many countries, including China and India, should have very strong implications for coal – but these are not yet visible in our near-term forecast, reflecting the major gap between ambitions and action,” said Keisuke Sadamori, Director of Energy Markets and Security at the IEA. “Asia dominates the global coal market, with China and India accounting for two-thirds of overall demand. These two economies – dependent on coal and with a combined population of almost 3 billion people – hold the key to future coal demand.”

In 2020, global coal demand fell by 4.4%, the largest decline in decades but much smaller than the annual drop that was initially expected at the height of the lockdowns early in the pandemic, the report shows. Regional disparities were large. Coal demand grew by 1% for the full year in China, where the economy began recovering much earlier than elsewhere, whereas it dropped by nearly 20% in the United States and the European Union, and by 8% in India and South Africa.

Coal prices have been on a rollercoaster ride over the past two years. After falling to USD 50 per tonne in the second quarter of 2020, they started to climb towards the end of the year, with supply cutbacks balancing the market before rebounds in economic activity and coal demand in China started pushing prices up. In 2021, prices were lifted further by demand outstripping supply in China – the global coal price setter – as well as by supply disruptions and higher natural gas prices globally. Coal prices reached all-time highs in early October 2021, with imported thermal coal in Europe, for example, hitting USD 298 per tonne. Quick policy intervention by the Chinese government to balance the market had a rapid effect on prices. As of mid-December, European prices were back below USD 150 per tonne.

Both GE and Siemens have said they were exiting the coal-fired energy business. 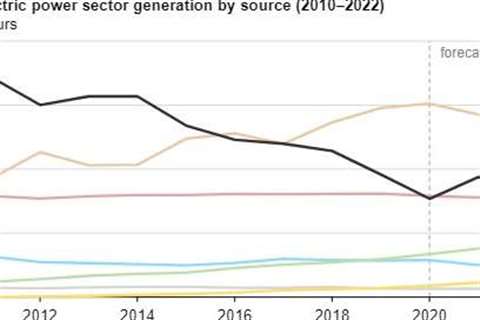 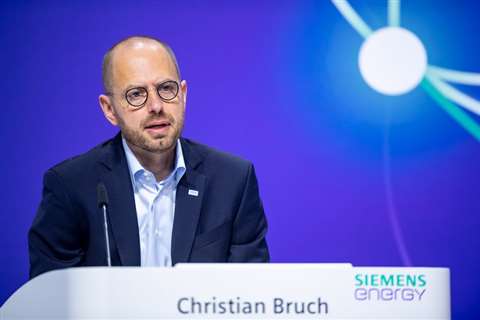