Powerful Tug For The Mississippi 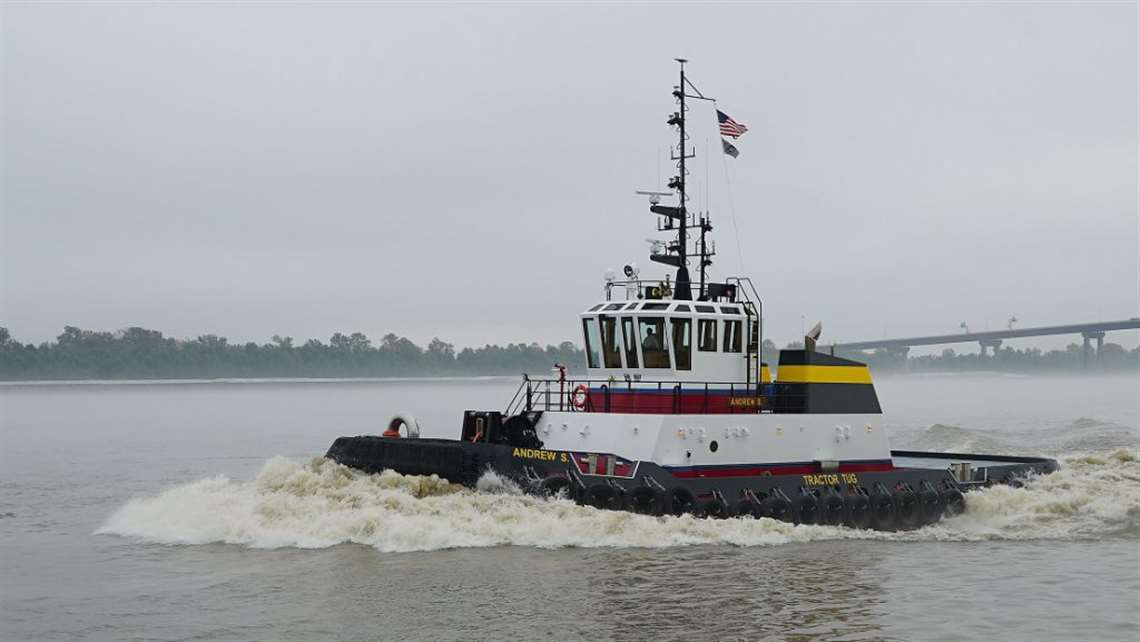 “Our 3500 series engine is compact and reliable. Five of Bisso’s tractor tugs have 3516s in them already,” said Smith.

The Andrew S. measures 100 x 38 x 13.5 ft. and has an estimated bollard pull of 84 tons. Additional features of the tug include U.S. Coast Guard-approved engine room monitoring and fire/alarm systems, a fixed CO2 fire extinguishing system, and both the engine room and crew quarters have soundproof insulation.

Main Iron Works Inc., located in Houma, Louisiana, constructed the tug. With the Andrew S., Bisso now has a total of 13 tugs a part of their fleet, eight of which are ASD tractor tugs, making the company the largest fleet owner of ASD tractor tugs on the Mississippi River.

Bisso plans to christen the Andrew S. on the Mississippi River during the International WorkBoat Show in New Orleans, Louisiana, USA, on Dec. 5. Additionally, that day, the tug will be available for attendees to visit. To learn more about Caterpillar’s Tier 4 Final solutions and SCR system, stop by the Caterpillar exhibit at WorkBoat, booth #2801.