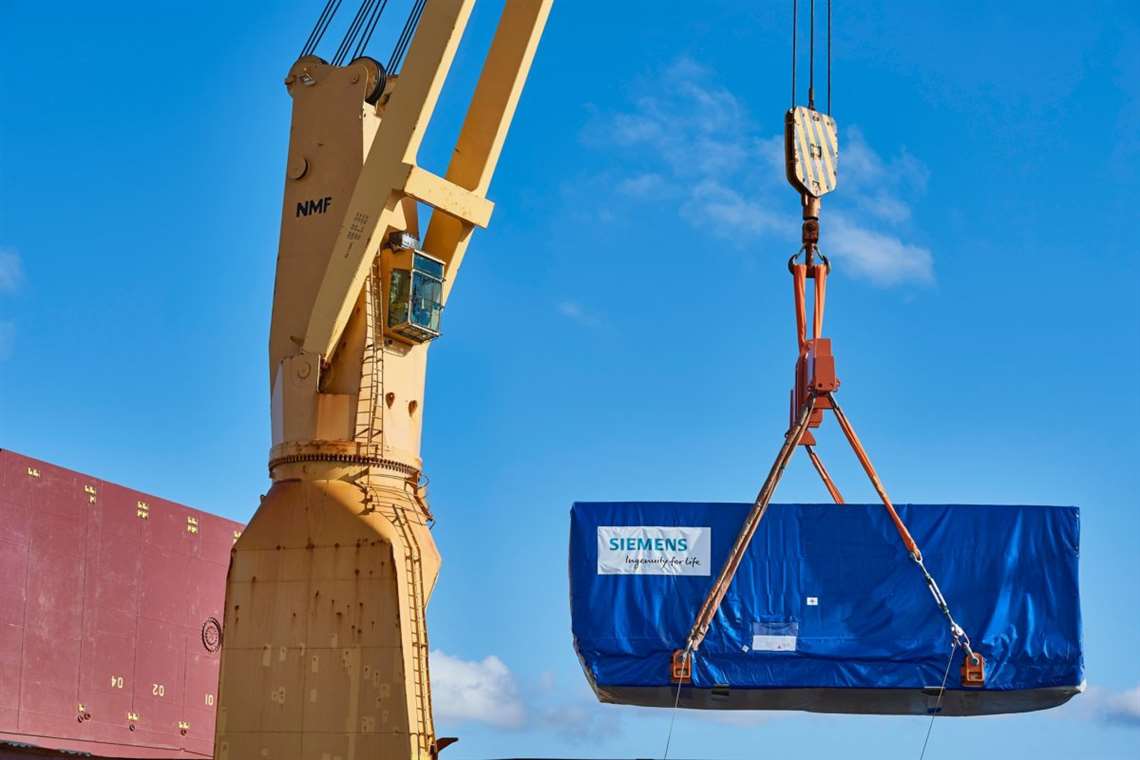 The first Siemens gas turbines for the expansion of three power plants in Bolivia have started their way to South America.In May 2016, Siemens has signed the corresponding agreement to increase the power generating

In May 2016, Siemens signed the corresponding agreement to increase the power generating capacity of the country by more than one GW. The two machines, manufactured at Siemens Industrial Turbomachinery in Finspang, Sweden, were loaded onto a heavy load carrier in the harbor of Norrköping, Sweden. The cargo with more than 170 tons will travel first up to 14 000 km to the harbor of Arica in Chile. From there the modules will be transported to Bolivia, traveling an additional 1800 km through terrain that is rough in places. In total, power plant equipment from three continents will be delivered to Bolivia and up to 400 heavy load transports will cross the Andes to bring equipment to the three power plant construction sites.

“With this project, we achieve the fastest, most efficient and most cost-effective expansion of the power generating capacities in Bolivia,” said Willi Meixner, CEO of Siemens Power and Gas Division. “The country will save a lot of natural gas by the distinct increase of efficiency of the three power plants. And of course, also the environment will benefit. Modern technologies will make a significant contribution to improve access to electricity for the growing population and the developing economy.”

Two industrial gas turbines started their journey over the Atlantic Ocean and through the Panama Canal. After landing at the Arica port in Chile, the cargo will be loaded on a truck to travel the remaining 1800 km to the construction site at Termoeléctrica del Sur on overland route crossing the Andes at a height of 4680 meters. The slightly developed road network, rough terrain and extreme weather conditions are the main challenges for the overland transports. The two gas turbines will be installed to drive the electrical generators and produce steam to drive the steam turbine and thus increasing the efficiency of the power plant to more than 50 percent.

Cristian León, Operations Manager of Ende Andina and Site Manager of the combined cycle expansion project, expressed his satisfaction with the departure of the first turbines: “We are also prepared on site to receive these turbines, since the foundations of both turbines and generators are ready with much time in advance to ensure that on arrival they can be placed on their foundation and that the assembly process can run within the established schedule. Thanks to the civil works activities carried out in our three plants we ensure that the project will not suffer any delays”.

Siemens will supply 14 industrial gas turbines, eleven steam turbines and further power plant equipment to expand the Termoeléctrica del Sur, Termoeléctrica de Warnes and Termoeléctrica Entre Rios plants for combined cycle operation. With the expansion projects, Siemens and its Spanish consortium partner TSK are adding more than one gigawatt to the Bolivian power grid. The projects will increase the installed power generating capacity of Bolivia´s National Interconnected System by 66%, provide a reliable energy supply for the local population and lay the foundation for a possible electricity export.