Wärtsilä announced the installation and successful operation of a Floating Storage and Regasification Unit (FSRU), a critical component to the 378 MW Energía del Pacifíco power generation, which is the largest private infrastructure investment ever in El Salvador.

The FSRU is part of the technology solution which also includes Wärtsilä 50SG gas engines and a steam turbine cycle which will provide power for 30% of the country’s electricity demand and transform El Salvador to a net exporter of electric power instead of a net importer, the company said.

The company said the project, which started in 2013, represents a critical shift to cleaner energy production because it will replace heavy fuel oil power generation and offer the flexibility needed to support increasing utilization of renewable energy into the national grid. 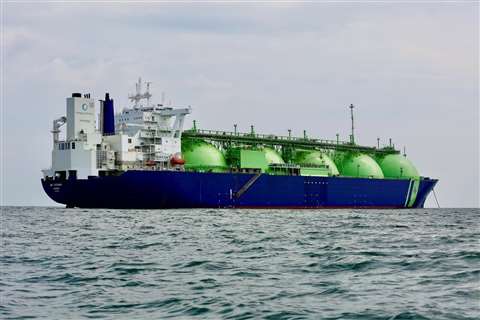 Wärtsilä announced the installation and successful operation of a Floating Storage and Regasification Unit (FSRU) in El Salvador.

“Another unique feature of this flexible power plant will be the ability to produce energy efficiently even at partial loads,” said Sampo Suvisaari, Wärtsilä Energy Business director for Latin America North. “This type of project is an exciting development for us as innovators and as partners in the energy transition in El Salvador.”

In 2019, Invenergy, a U.S.-based global developer and operator of sustainable energy solutions, became the major shareholder of Energía del Pacifíco. Invenergy has successfully developed more than 25 GW of power generation projects, including natural gas, wind, solar, and advanced energy storage facilities. Under the Invenergy ownership, the first challenge to be tackled was to conceive a viable technical solution for the LNG importing terminal. Ultimately, Energia del Pacifico determined that the most practical and cost-effective solution was a permanently moored Floating Storage and Regasification Unit (FSRU) converted from an existing LNG carrier.

“For the power plant, the Wärtsilä Flexicycle solution was ideal, since it has greater flexibility than a combined cycle gas turbine solution to quickly respond to the electric grid’s changing needs. It is a victory for cleaner, more efficient power generation,” Joel Schroeder, Vice President of Thermal Engineering, at Invenergy said.

How the FSRU will work:

Additionally, more than 1400 workers are employed in El Salvador on the Energía del Pacifíco project. Upon completion, 80 full-time, permanent jobs will be created to operate and maintain the power plant, the FSRU, and the accompanying infrastructure. The new plant will support the reliability of the electricity grid, while its fast-starting flexibility will also promote easy integration of renewable energy into the system.