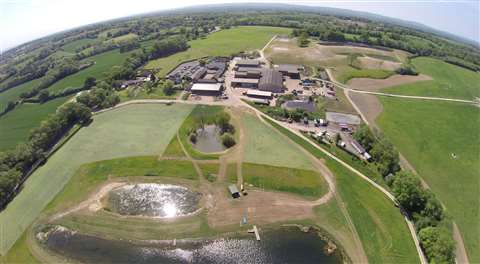 The CHP demonstrator plant will be located at Holmsted Farm in West Sussex in the UK and will be commissioned and operational in 2023. (Photo: Ricardo)

Strategic environmental and engineering consulting company Ricardo has received 3 million GBP ($3.5 million USD) from the UK government through its Net Zero Innovation Portfolio under the Department of Business, Energy and Industrial Strategy to design, install and operate a combined heat and power (CHP) demonstrator plant with a carbon negative footprint. The plant will be located at Holmsted Farm in West Sussex in the UK and will be commissioned and operational in 2023.

Ricardo is leading a consortium that will combine Ricardo’s carbon capture system with hot air turbine technology from Bluebox Energy and pyrolysis technology from Woodtek Engineering. The resulting quarter-sized demonstrator plant is meant to show that a full-size system can generate renewable heat and electricity for up to 300 local homes and businesses, and that its carbon negative technology can significantly contribute to net-zero targets. A full-size system is capable of removing 16,000 tonnes of carbon dioxide per year from the atmosphere.

“In partnership with Bluebox Energy and Woodtek Engineering, this project will demonstrate that our innovative and integrated carbon capture system can be used to benefit local communities, bolster the UK’s reputation as a pioneer in negative emissions technologies and provide a sustainable and commercially viable pathway to net-zero while also delivering national energy security,” stated Tim Curtis, managing director, Ricardo Energy and Environment.

The technology works by taking sustainably sourced waste wood from domestic timber production and processing it by producing biochar (a product similar to charcoal); generating heat and power; and capturing carbon dioxide from the exhaust. According to Ricardo, the technology captures around 95% of the carbon content in the wood, plus produces commercially marketable carbon products. For example, the biochar can be used by farmers to enrich soil and in animal feed to reduce ruminant emissions, and the industrial-grade carbon dioxide can be used to make low-carbon concrete or to replace carbon dioxide in the food and drinks industry.

The demonstrator project is one of several across the UK benefiting from a share of more than 54 million GBP (nearly $64 million USD) allocated by the UK government to develop technologies that remove atmospheric carbon emissions. 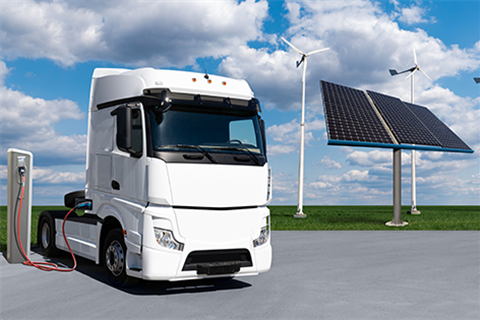