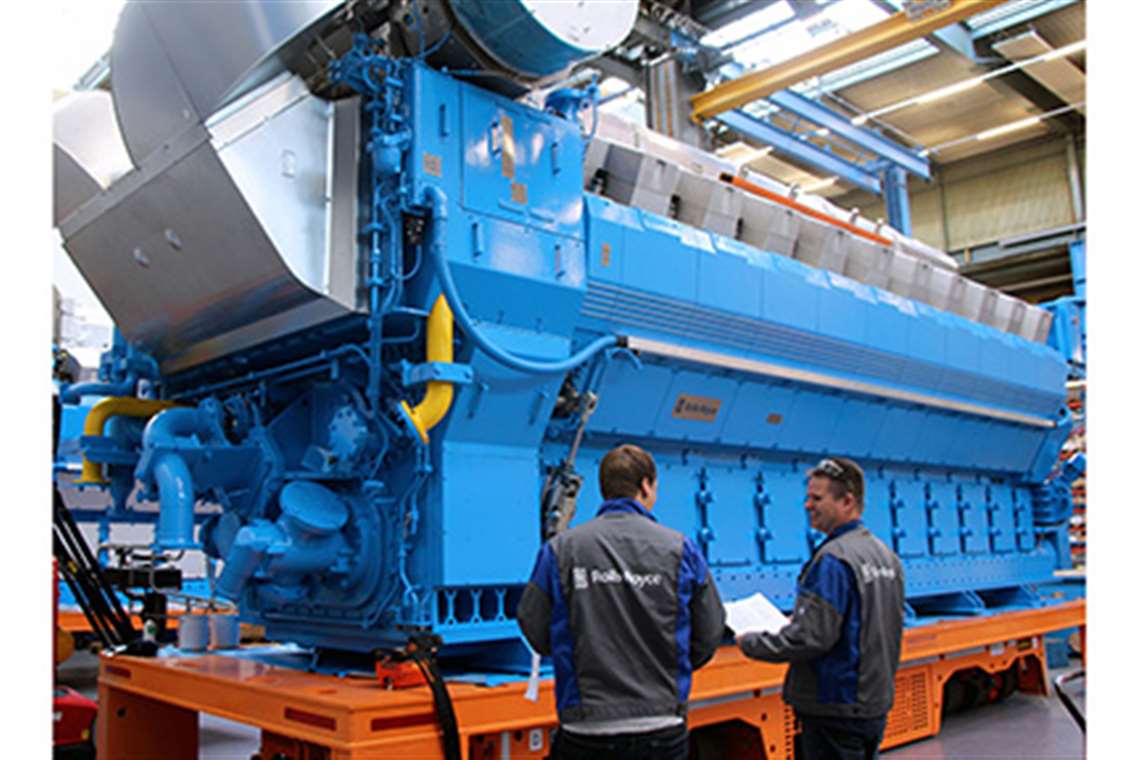 Rolls-Royce announced it has completed manufacturing of the first of its new medium- speed B36:45V20 gas engines at the Bergen Engines facilities in Norway. Two generator sets have now been shipped to its new home in the Czech Republic, for the independent power provider C-Energy.

The B36:45V20 engine is 14 m long x 5 m high, has a weight of 170 tonnes and is the largest and most powerful medium-speed engine ever been developed and manufactured by Rolls-Royce. The company said It set a new standard in power and efficiency with exceptionally low fuel consumption and emissions of NOx, CO2, SOx and particulates.

At 600 kW per cylinder, the two 20-cylinder engines will extend C-Energy’s existing power plant with further 23 MWe. The extension of the gas fired plant is considered as an additional step towards a green future for the region and country where electricity and heat are still predominantly generated by coal-fired plants.

“We decided to install the new type of Rolls-Royce’s largest engines to enhance the plant’s thermal capacity as part of our overall strategy to reduce heat and electricity production from coal and also to expand the energy business,” Libor Dolezal, CEO of C-Energy said. “Given our very good experience with four engines B35:40V20, we decided to install new types providing us both higher output and efficiency in cogeneration production. It is quite exciting being the very first customer of this new type of engine, the largest one in the Rolls-Royce portfolio of medium-speed engines.”

C-Energy’s existing 37 MWe power plant, located in the in Planá nad Lužnicí roughly 100 km  southeast of Prague, was reconstructed in the beginning of 2015 with four Rolls-Royce B35:40V20 gas engines. At that time, it was the first natural gas power plant based on medium-speed gas engines in the South Bohemian Region of the Czech Republic.

With the extension, the gas engines of the power plant will, from the end of 2019, deliver a total of 60 MWe electricity and heat for companies and homes in the nearby town of Tabor/Sezimovo Ústí. Rolls-Royce and C-energy also have an agreement for a new service contract.