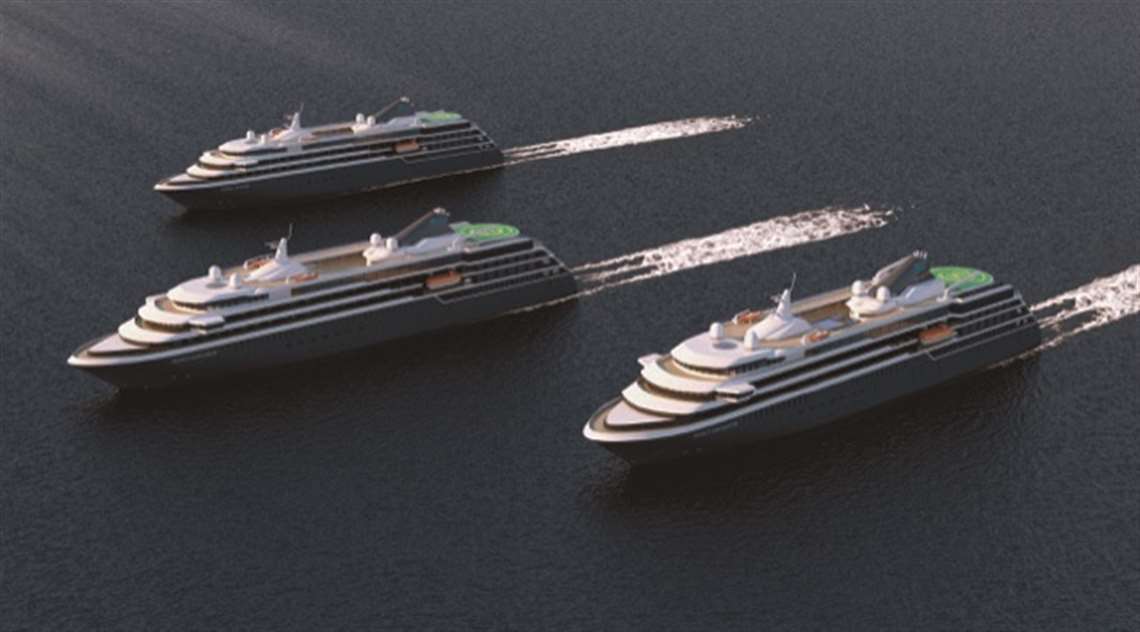 Rolls-Royce has signed a deal with WestSea Yard in Portugal to equip two expeditionary oceanic cruise ships for the Portuguese based cruise company Mystic Cruises.

This will be ship number two and three in Mystic Cruises’ new fleet of what it calls eco-friendly expeditionary cruise ships. Mystic Cruises is expanding its push into the ocean-going expedition market and ordered its first cruise vessel in 2017. Now the company has ordered two more 9300-ton, 200-guest expedition vessels. The contract value to Rolls-Royce Commercial Marine is £14 million.

Rolls-Royce will supply two Bergen C25:33L8P main engines and a Bergen C25:33L6P auxiliary dual generator for each ship. These connect to a low voltage AFE “SAVeCUBE” power electric system, which allows the engines to operate at variable speeds in effort to maximize their efficiency for the required power. Rolls-Royce is also providing the automation and control system, and the complete Promas propulsion system with two CPP propellers integrated with two flap rudders, also steering gears and tunnel thrusters.

Mystic Cruises, owned by Portuguese entrepreneur Mario Ferreira, will see its first ship debut in 2019 as the World Explorer will sail on charter agreements for Ferreira’s Nicko Cruises brand and Quark Expeditions.

“We are going to cruise some of the purest and most beautiful regions of the world,” Ferreira said. “To reduce our impact, we worked with Rolls-Royce to integrate an ultra-sophisticated hybrid propulsion system that dramatically reduces fuel consumption and CO2 emissions, as well as a dynamic positioning system that allows us to avoid using anchors, thereby protecting the maritime environment.”

The Mystic Cruises line of new expedition cruise ships will accommodate 200 guests served by 111 international crew members. The ships will have an operating cruise speed of 16 knots with a strengthened hull and propellers for traversing ice. They will be 126 m in length with a width of 19 m, a draft of 4.8 m and a tonnage of 9300 GT.

Construction of the first of the three vessels, designed by Italian Naval Architect Giuseppe Tringali, is nearing completion at the WestSea Shipyard.