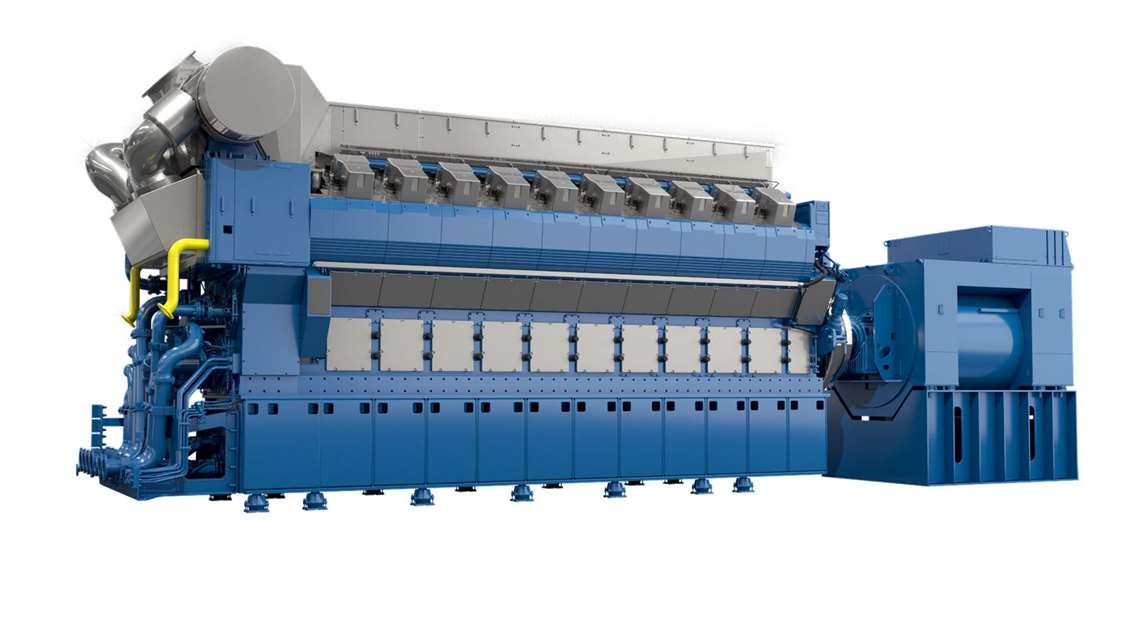 Rolls-Royce has signed a contract with C-Energy to extend installed capacity at one of its power plants with an additional 23 MW.

The delivery includes two gas-fired gen-sets based on the new B36:45, a medium speed V-engine launched at the Power Gen Asia in September. Rolls-Royce will also be supplying long-term services for the new engines.

At 600 kW per cylinder, the new B36:45 engine offers a 20% increase in power per cylinder compared to its predecessor, the B35:40. The V20 engines ordered are the largest variant available with an electrical output of 11.8 MW, the company said.

“Our new range of medium-speed gas engines builds on the success of the B35:40-series and offers a variety of new benefits to our customers. With a completely new modular architecture, numerous configurations, fuel flexibility, and low life-cycle costs, we believe it is truly engineered for the future,” said Jeff Elliott, managing director of Bergen Engines AS, which is part of Rolls-Royce Power Systems.

“The first 6- and 9-cylinder in-line units of the new gas engine series will go into operations later this year, and it is a pleasure that we have now signed the first contract for the V20 with C-Energy, whom already have four of our B35:40 engines installed.”

C-Energy’s existing 60 MWe power plant was reconstructed in the beginning of 2015 with four B35:40V20 gas engines. At the time, this was the first natural gas power plant based on medium-speed gas engines in the South Bohemian Region prepared to supply heat and power to the local grid. Because of low coal prices, electricity and heat in the region is still predominantly generated by coal-fired plants. Hence, the extension of the gas-fired plant is considered as an additional step forward towards a green future for the region and country, according to Rolls-Royce.

With the extension, the power plant will deliver a total of 83 MWe electricity and heat for companies and homes in the nearby town of Tabor/Sezimovo Ústí, roughly 100 km southeast of the capital Prague.

“Delivery of four Rolls-Royce engines among other investments helped to transform the old coal-fired central heating plant into a modern power plant in 2015,” said Ivo Nejdl, director and co-owner of C-Energy. “Nowadays we not only supply power to the grid and heat to industrial customers and municipalities but also provide auxiliary services to the high voltage grid. The supply of brand-new Rolls-Royce engines will enable the plant to increase its flexibility, to provide wider range of services and hence remain competitive on the pan European energy market.”

Both the B35:40 and the new B36:45 medium speed gas engines are designed for different operating modes. They can be used to generate base-load or peak power or can operate in combined cycle. The heat from the engines can be used to generate steam in the heat recovery steam generators, and the steam is supplied to industrial customers for their technological needs. The power plant can also be used for district heating by utilizing hot water from the engines.

The engines quick-start capability means the engines can ramp up to their rated load within five minutes, giving the plant access to the amount of power and heat needed within just a short space of time, Rolls-Royce said. In addition, the new engines will be certified to provide primary and secondary grid regulation.