Rolls-Royce will overhaul up to 180 mtu PowerPacks used in regional trains in Germany.

The contract with German transport company Netinera runs until 2032 and provides for the complete overhaul of PowerPacks based on mtu Series 183 engines. Netinera uses these PowerPacks in regional trains of the type Siemens Desiro (VT 642). Rolls-Royce is currently also overhauling a total of 235 mtu PowerPacks for Alstom Lint trains and 13 mtu engines of type 16V 4000 R41 for ER 20 locomotives at its Reman site in Magdeburg on behalf of Netinera.

“We are very pleased that Netinera has once again chosen our Reman solutions,” said Marc Goldschmidt, vice president Remanufacturing & Overhaul Technologies at Rolls-Royce business unit Power Systems. “It shows how attractive our Reman PowerPacks and engines are: They offer absolute reliability and maximum availability at a very economical price.” 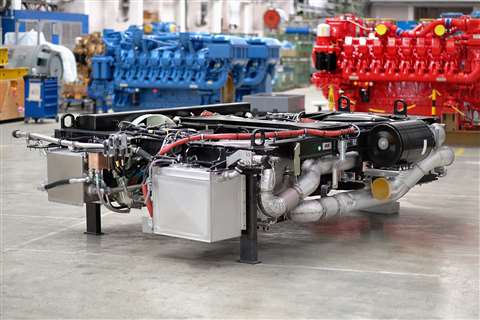 Rolls-Royce and Netinera have signed a contract for the complete overhaul of up to 180 mtu PowerPacks. Rolls-Royce is also overhauling Series 4000 locomotive engines for Netinera at its Reman site in Magdeburg.

Standardized processes are used to dismantle and clean the mtu PowerPacks and engines and then to test and re-build them using Reman components or new parts. The process automatically includes product improvements. The process is entirely anonymous, i.e. the customer does not necessarily get the same PowerPack or engine back as it handed in for refurbishment. The PowerPacks or engines reach their customers in as new condition. PowerPacks are then ready for another 18 000 hours (roughly 720 000 km) of operation. For some engine series, Rolls-Royce is able to provide exchange PowerPacks and engines (so-called swing units) before the drive systems are removed. By using swing units, the railcars and locomotives can be returned to service very quickly, which significantly reduces downtime.

mtu PowerPacks are compact drive systems which, in addition to the engine and the transmission, contain all the ancillary units required to drive the vehicle, such as the cooling system and the exhaust gas aftertreatment system. Rolls-Royce Power Systems was the first supplier worldwide to develop this concept 25 years ago and has since delivered a total of more than 7500 PowerPacks to rail customers all over the world, the company said. 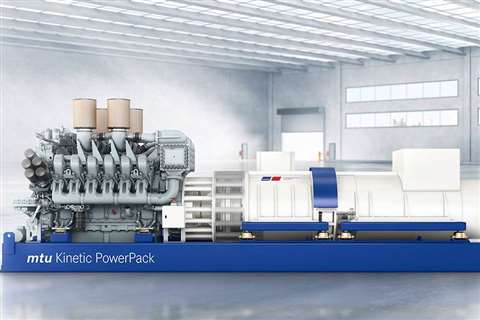