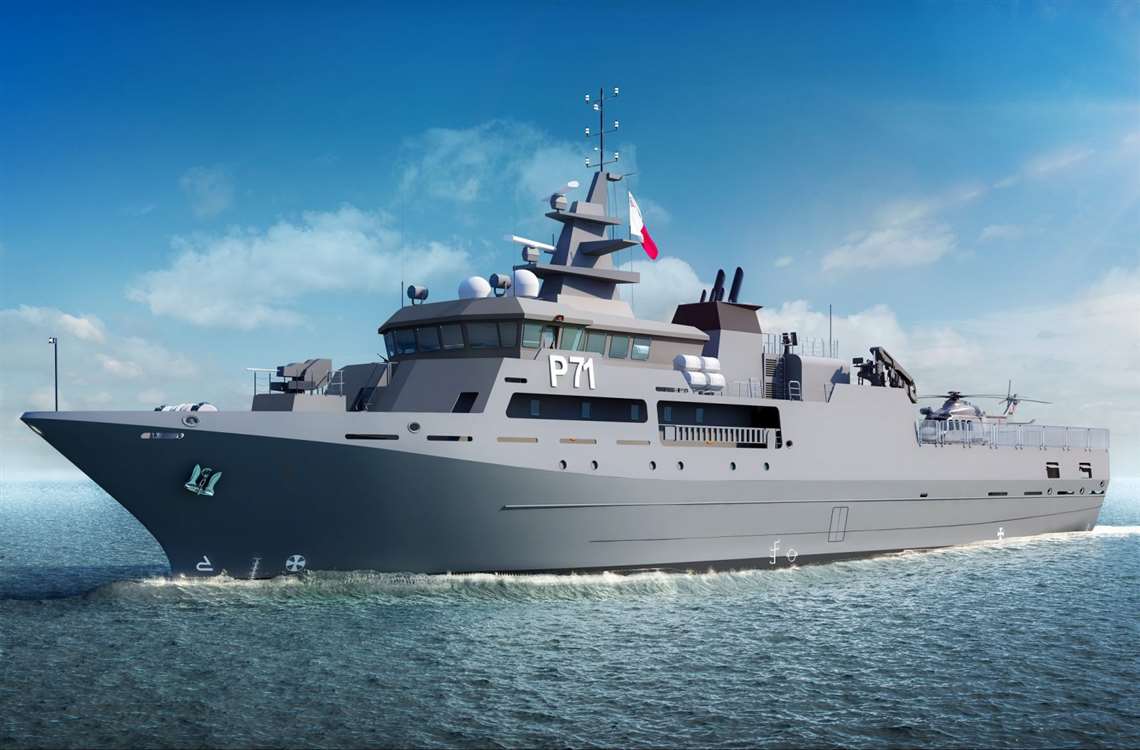 Rolls-Royce will supply a marine propulsion package to a new offshore patrol vessel under construction for the armed forces of Malta.

Rolls-Royce will also be integrating the various operation modes of the hybrid diesel-electric-propulsion modes via a power take-in (PTI) for lower patrolling speeds of up to 12 knots. The contract is with Italian shipbuilder Cantiere Navale Vittoria.

“This is a significant order from a long-standing customer of Rolls-Royce,” said Lars Johansson, Rolls-Royce Area Sales Manager, Kamewa Naval Propellers. “Having supplied Cantiere Navale Vittoria with equipment for many of its smaller 40-m patrol and coastguard vessels for which the yard is noted for, we are delighted to now assist the shipbuilder in meeting market demand for larger vessels. Vittoria intends to be a significant player in this market.”

“As the P71 has been designed to provide sustained, efficient operations for many years to come, the Rolls-Royce equipment will provide enhanced manoeuvrability capability to the vessel,” Chinappi said. “The propulsion systems the company will supply provide enhanced positioning capability, allowing close-range manoeuvres.”

The vessel will be designed to conduct border control operations in addition to other duties such as search and rescue, replenishment-at-sea and helicopter operations.

When delivered in 2020, P71 (Hull No. C.0890) will be the largest patrol vessel to emerge from the Vittoria shipyard and the flagship of the AFM complementing OPV P61 Saettia-Class patrol vessel, fulfilling AFM’s requirement for a vessel with greater endurance, sea-keeping and manoeuvring capabilities and improved life-cycle costs, including fuel consumption and maintenance.