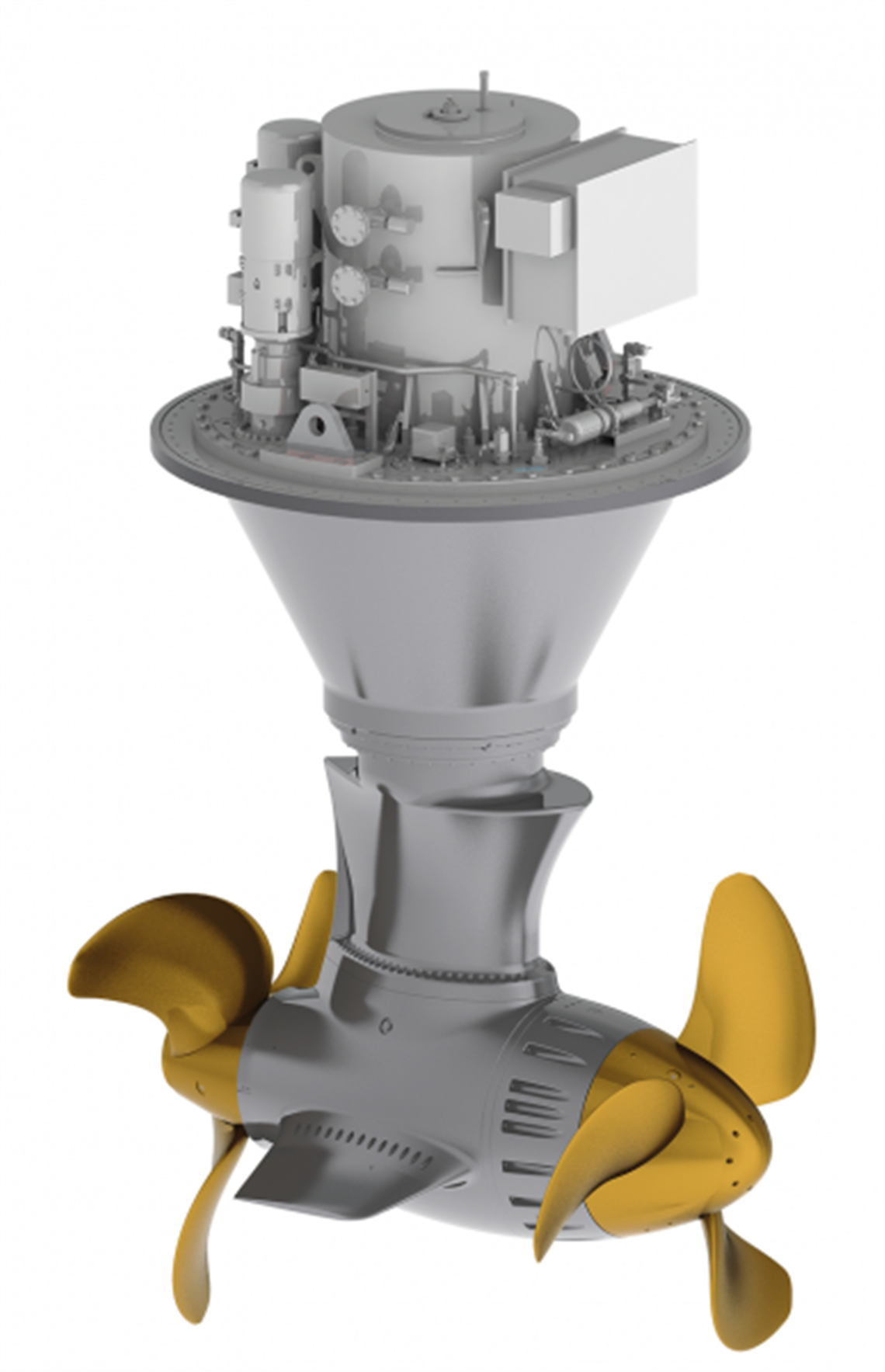 Each of the vessels ordered by Canadian Seaspan Ferries Corp. will be propelled by two Schottel Combi Drives and two Schottel Transverse Thrusters. The new ferries will join the company’s first two hybrid vessels, “Seaspan Swift” and “Seaspan Reliant”, which were commissioned just over two years ago. Seaspan Ferries currently operates a fleet of seven ferries out of four terminals in British Columbia, Canada.

Each of the Vard Marine designed vessels is powered by two natural gas fueled engines with 209 m³ storage onboard plus 2 MWh batteries for driving the Schottel propulsion package. The package itself consists of two Combi Drives type SCD 560 STP with an input power of 2,600 kW and a propeller diameter of 2.6 m which will allow a design speed of 16 knots. Beyond this, two type STT 1 FP bow thrusters (each of 550 kW) ensure precise and high manoeuvrability. These can be mounted and dismounted while the vessel is afloat.

“Thanks to the positive experiences we’ve had with Schottel thrusters in our first two LNG ferries, we once again opted for the German manufacturer,” said Harly Penner, director of Fleet Engineering & Vessel Development at Seaspan Ferries “Their efficient and sustainable propulsion solutions have helped us further expand our service offering and reduce emissions at the same time.”

With the Schottel Combi Drive, the electric motor is integrated vertically into the rudderpropeller, resulting in a highly efficient and quiet electric variant of the well-proven SRP and STP propulsion units, the company said. By sharing the load between two propellers, the twin propeller concept increases propulsion efficiency and reduces fuel consumption over single propeller systems, according to Schottel.

With a capacity of 1034 lane metres each, both new ferries will be servicing the commercial route from Vancouver Island to the lower mainland. The 149 m long and 26 m wide ferries will carry a range of cargo, but will primarily haul semi-trailers as well as automobiles transporting everything from daily essentials to electronics, lumber, pulp and paper. Both Ro-Ro ferries are also capable of carrying hazardous cargos, construction/logging equipment and special project cargo.

Damen Shipyards will start construction of the vessels at its Mangalia Shipyard in Romania later this year. The new vessels are scheduled to go into operation in 2021.