Showing A Set Of Skills 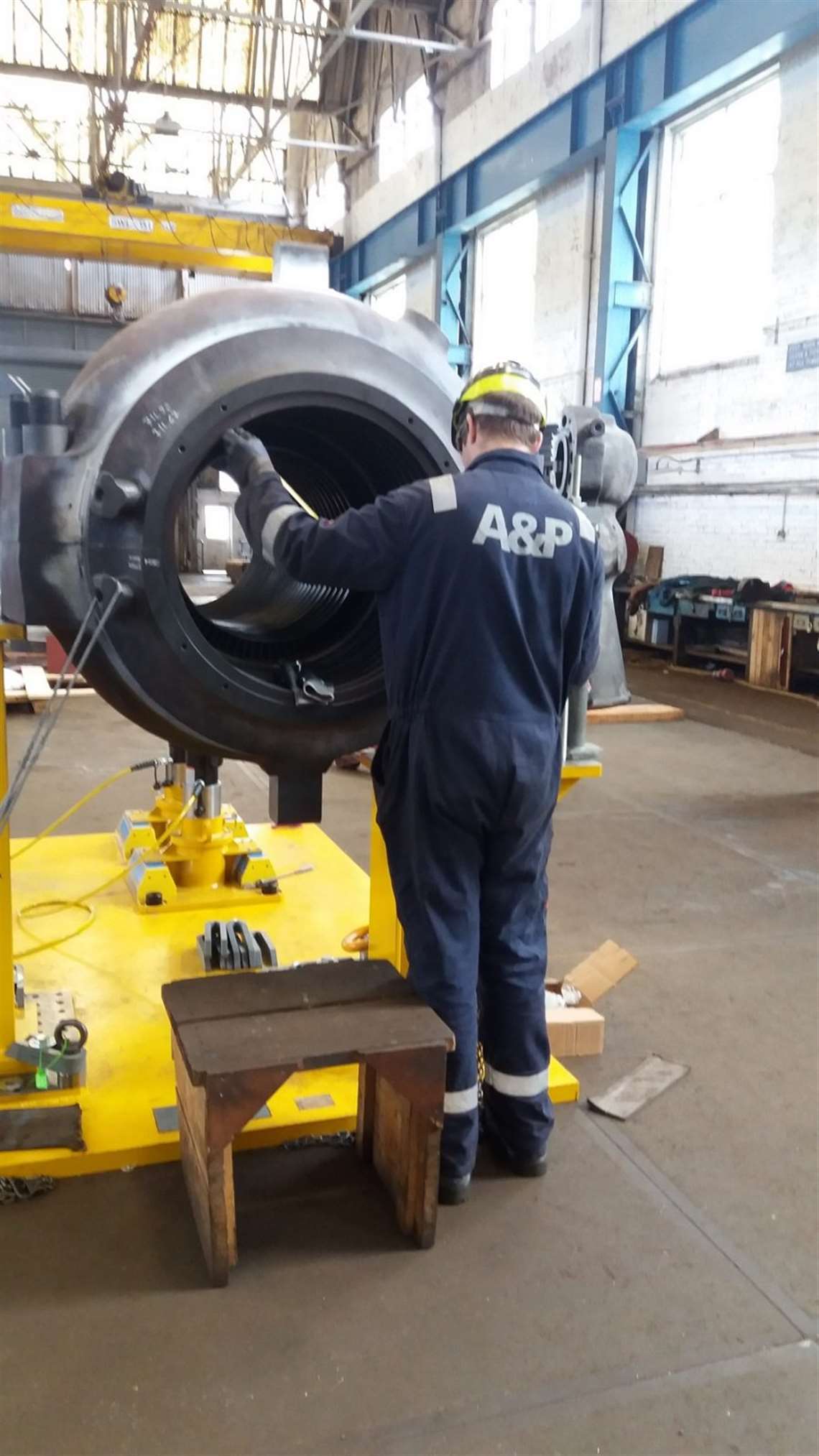 Although best known for its ship repair and maintenance capabilities, United Kingdom company A&P Falmouth has recently completed a significant steam turbine overhaul contract that the company said highlights its capabilities in the turbine market.

The company, based in Falmouth in Cornwall, England finished the contract with Italian power engineering group Ansaldo Energia to support Ansaldo’s long-term service agreement for power station outage activities with the overhaul of two steam turbines from the Langage Power Station in Plymouth, England.

The two Alstom steam turbines weighed more than 20 tonnes each and required specialist lifting and transfer with A&P’s overhead cranes before they entered the 3,500m2 machining workshop for refurbishment. A&P Falmouth said it is one of only a small number of facilities in England with the engineering expertise and equipment to machine components of this size and complexity.

The six-week overhaul of the turbines included stripping the components, precision machining, blasting and crack detecting to ensure the equipment can remain in service for another five years.  All activities were performed under Ansaldo Energia supervision.

“A&P Falmouth has a hard-earned reputation as a specialist in the field of large scale and complex machining and engineering, having taken on many complex jobs for customers in the energy, industrial and marine shipping industries,” said Steve Jones, deputy managing director of A&P Falmouth.  “This project with Ansaldo Energia and Langage Power Station very much reflects our core strengths and demonstrates the broad range of skills and capabilities A&P have at our facilities.”

A&P Group operates seven dry docks across three locations in the UK and has a sister business in Australia providing ship repair services and support to the Royal Australian Navy.

In June, Centrica said it has agreed to sell its Langage and South Humber Bank combined cycle gas turbine power stations, with a combined capacity of 2.3 GW, to EP UK Investments Ltd whose ultimate parent company, EPH, is estimated to be Europe’s seventh-largest power generator and owns the Eggborough and Lynemouth Power stations in the UK.

The transaction is subject to European Union merger clearance and is expected to complete during the second half of 2017.