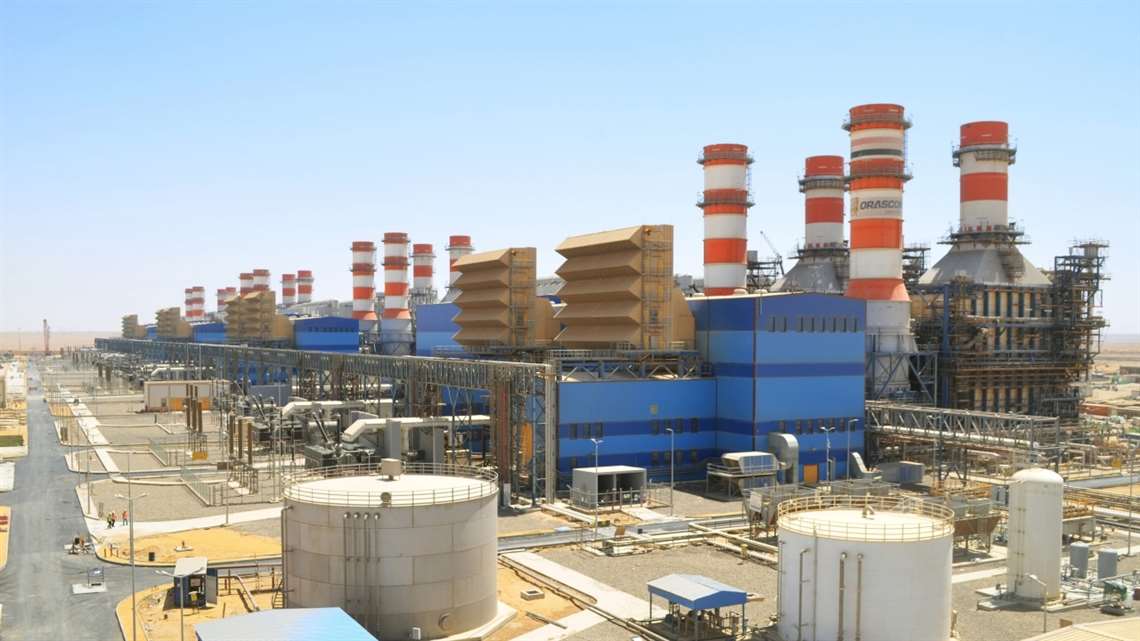 A project for 14.4 GW power supplied by three combined-cycle power plant is certainly a big challenge, even for a global company as Siemens. Yet, the German power company managed to complete the assignment in the record time of 27.5 months (10 months ahead of what was agreed in the contract). And the company’s commitment in the country did not end with the project’s completion but continues with the involvement in educating and developing local workforce.

This story starts with a memorandum of understanding, signed with the Egypt government in Berlin, Germany, in June 2015. At that time, Egypt had serious problems with electricity availability and the country had suffered an almost total black-out only months earlier. The country was desperate for electricity it did not have the capacity to produce.

The Megaproject that derived from the first agreement in Berlin is composed of three power plants with a total power output of 14.4 GW, equally distributed among the three locations. Enough capacity to supply electricity to 40 million Egyptians.

The agreement was based on a business model comprising engineering, procurement and construction (EPC) plus financing. This means that  Siemens together with partners Orascom & El Sewedy Electric facilitated a very competitive loan agreement backed up by the German Government represented by the German Export Credit Agency Euler Hermes and Italian Export Credit Agency SACE. The projects are financed by a consortium of more than 30 international banks.

The project moved along a few milestones: in March 2017 Siemens and its partner, Orascom Construction, were able to connect 4.8 GW to the country’s grid. That was just 18 months from the signature of the contract. In July 2018 the three power plants have been inaugurated. Beni Suef has already been handed over to the customer – a consortium between Siemens and El Sewedy Electric – while Burullus and New Capital are due to be handed over within the end of the year.

Sherif Kotb, Siemens’ deputy project director, gave some data about the construction of the Beni Suef plant in the south of the country. A remote, rural area which will greatly benefit from the electricity produced locally. The plant is fueled by natural gas, but one of the four combined-cycle modules can be used for back up and be fueled by oil.

“About 1.8 million cubic meters of soil were excavated in 150 days and 800 000 m3 of material were filled back in 120 days,” said Kotb. “About 38 000 tons of steel structure was built in less than 10 months and we utilized over 7000 people on the construction site, for a total man-hour count exceeding 42 million.

“The location on rocky soil on the bank of the river Nile posed quite a challenge, especially for its non-homogeneous topographic nature and the gap in level at the site – about 45 meters at its most.”

Kotb explained that even the recruitment of personnel for the site building proved to be challenging and Siemens organized over 200 481 health, safety and environment (HSE) training hours. This included the set-up of a welding training center locally, that certified 186 welders.

Hesham Hegazy, CEO of EL Sewedy PSP, remarked how this project helped also turning local community members into business partners, and provided security and labor supply to once poor locations; the Beni Suef Welding School is a perfect example of how new technical skills can be offered to the population.

El Sewedy maintains a National Capacity Building Commitment to help educate and develop workforce performance of the areas where the company operates. “Another main business pillar of El Sewedy is to develop, maintain and enforce solid HSE standards and culture,” said Hegazy. “This is testified by the project’s safety statistics: out of over 42 million man-hours worked at the Beni Suef site, we had zero fatalities and three lost time injuries (LTI).”

The other two power plants also presented some challenges. Certainly, Burullus, in North Egypt was a demanding project, considering that the site has been erected on what was before a swamp area on the seaside. Siemens reported that it was necessary to plant half a million pillars in the ground before starting to build.

The plant is expected to deliver electricity to the industrial and urban areas in the North of the country, especially to the cities of Alexandria and Damietta. The configuration here is also a combined cycle with eight gas turbines and four steam turbines, with a seawater cooling system.

As for the site in the New Capital, the new administrative center of Egypt currently under construction, the challenge was mainly that the location is in the middle of the desert on ground composed of sand and hard rock. Here, Siemens employed an air-cooled condenser, which is reported to be the biggest worldwide and the first in Egypt.

All 24 H-Class gas turbines have been delivered from Germany, while the 12 steam turbines come from Germany and the USA. The plants in combined-cycle operation reach an efficiency of 61% and will allow to save US$ 1.3 billion in fuel per year, said Siemens.

The Megaproject included also the building of six gas-insulated substations (GIS), each with 500 kW. Other three were added outside the project, one for each plant, and two more will be built next year.

Karim Amin, CEO Siemens’ Power and Gas Sales and Customer Operations,  gave some details and figures of the Siemens Power and Gas division: “The division closed 2017 fiscal year with €15.5 billion revenue and €1.6 billion profit. The level of new orders reached €13.4 billion.” He added that Siemens Power and Gas has about 90 H-class gas turbines under contract worldwide to-date and 66 units are in commercial operation.

In the power generation business, Siemens is capable of covering the complete value chain, with products that include compressors, combined cycle power plants, high-voltage direct current (HVDC) transmission, wind power components, energy storage solutions, and smart metering. According to Amin, the market for large-scale power generation is changing so that more and more project will be similar to the Egypt megaprojects and OEMs and their partners will have to care both for EPC and for the financing aspect.

The commitment of Siemens in Egypt, though, does not end with the construction of new plants. In fact, the company was one of the main players in a strategic alliance between the Egypt government and the German Federal Government or the construction of a Service and Training center in Ain Soukhna.

The project is wider though and includes the modernization of Egypt’s technical educational institutions, with the aim of training young Egyptians to technical professions. A technical school in one of the most densely populated areas of Cairo was also involved to become a technical school of excellence. The Zein El Abedeen technical school was inaugurated in October 2018.

Siemens activity in the Middle East is not limited to Egypt, as the company recently signed a Memorandum of Understanding also with the Iraqi government to support economic prosperity in the country. The agreement seeks the implementation of the Siemens’ roadmap for repowering Iraq, which includes adding 11 GW of power generation capacity in four years, generating additional electricity for 23 million people, creating tens of thousands of jobs, and focusing on energy infrastructure, education, anti-corruption and financing.

Siemens’ CEO, Joe Kaeser, commented: “We promised (the Iraqi people) to achieve affordable and reliable power supply, help with anti-corruption, build schools and hospitals and create thousands of jobs. Education, training and developing local skills and talent are key elements for us to contribute to building the New Iraq. Today’s agreement on the Siemens roadmap is a significant step towards fulfilling that promise.”