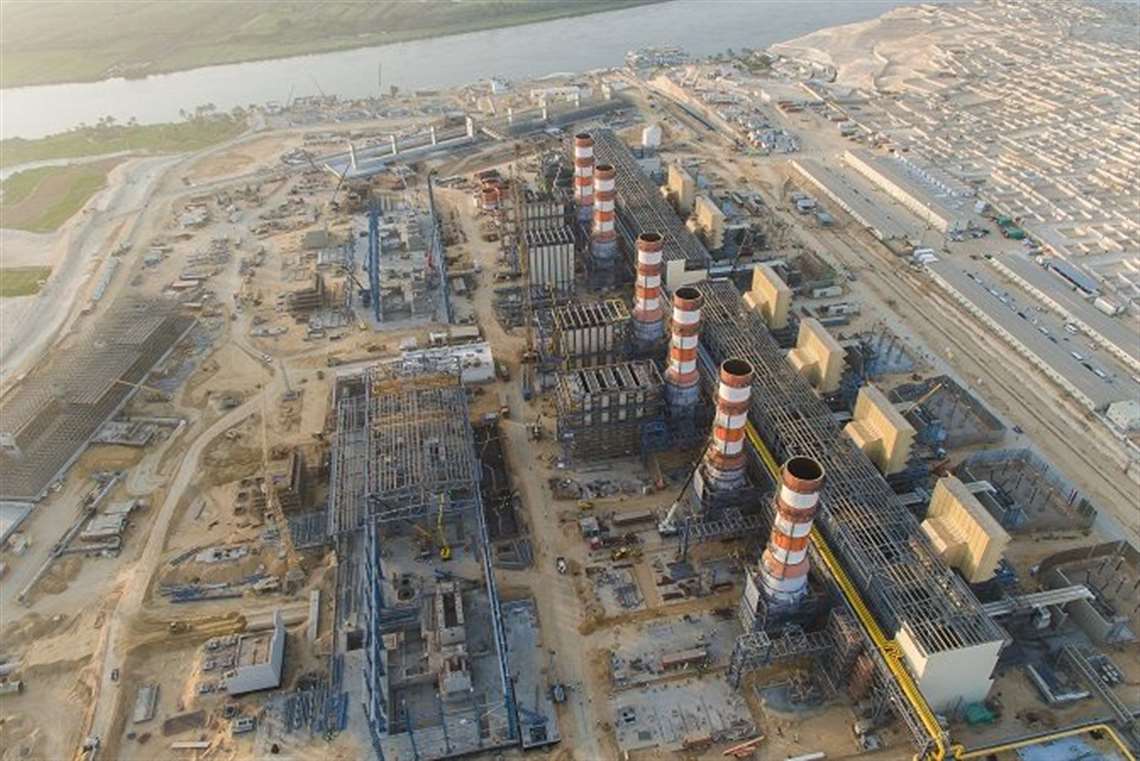 German Chancellor Angela Merkel and Egyptian President Abdel Fattah El-Sisi symbolically inaugurated the first phase of Siemens‘ megaproject in Egypt, marking an important milestone towards the completion of the project, the company said.

The plant will boost the country’s power generation capacity by 45% when finished. Together with its local partners, Orascom Construction and Elsewedy Electric, Siemens said it broke records in modern power plant construction by connecting 4.8 GW of new capacity to the grid in only 18 months after the signing of the contract for the company’s biggest single order ever.

Complementary to the megaproject, Siemens supports the development of future highly skilled Egyptian workforce, and has announced the details of a strategic alliance agreement between Germany’s Federal Ministry for Economic Cooperation and Development (BMZ) and the company to support occupational training in Egypt. The announcement was made by Joe Kaeser, president and CEO of Siemens AG at an event, which was attended by local officials and business leaders.

The construction works for Siemens’ megaproject in Egypt are enormous. More than 1.6 million tons of material, including 960 000 tons of concrete and 48 000 tons of rebar steel, will be processed until completion. At Beni Suef, massive excavation works were necessary to prepare the site, leading to the removal of around 1.75 million m3 of rocks. This is equivalent to the volume of the smaller Giza pyramid, the company said. When completed, each of the three power plants, located at Beni Suef, New Capital and Burullus, is set to become the biggest gas-fired combined-cycle power station in the world. Altogether, the three power plants will have a combined capacity of 14.4 GW.

To increase the capacity of the transmission network nationwide, Siemens has successfully put the first three substations into operation that will transmit the electricity generated by the three power plants to Egypt’s power grid. The three substations, Etay El-Baroud, Maghagha and Kafr El Zayat, were ready for operation within ten months from signing the contracts, to match the implementation timeframe of the power plants. In December 2016, Siemens and El Sewedy Electric T&D, signed a contract with the Egyptian Electricity Transmission Company (EETC) for the design, engineering, supply and installation of six substations, located in the cities of Maghagha, Etay El-Baroud, Banha, Wadi El-Natroun, Assiut and Kafr El Zayat. The remaining substations will be completed and connected to the grid by the end of December 2017.

Siemens’ megaproject in Egypt also includes a nine-year service and maintenance agreements for the three power plants to help ensure the long-term reliability, availability and optimal performance of the units. The service and maintenance operations will be supported by Siemens digital services products and offerings, tapping into the company’s advanced data analytics.

The financing package for the Siemens part of the contracts was structured by Siemens Financial Services (SFS). It also included a tailored guarantee concept. The financing of major parts of Siemens’ and its local partners’ scope, for the three power plants, was provided by a consortium of international and regional banks. The credit facilities are largely covered by Export Credit Agencies.

As part of the agreement, Siemens will join forces with the Deutsche Gesellschaft für Internationale Zusammenarbeit (GIZ) GmbH on behalf of BMZ, for the establishment and the operation of a joint training center as well as the strengthening of one selected Egyptian public vocational training institute. The program was designed in line with Egypt’s objectives outlined in “Egypt Vision 2030” to promote long-term economic growth, create new jobs and increase the competitiveness of Egyptian industries.

“In addition to building a modern and efficient power infrastructure for the Egyptian people, Siemens is also supporting the training of a local workforce of more than 5,500 talented individuals in the next four years,” said Joe Kaeser. “This strategic partnership with Germany’s Federal Ministry for Economic Cooperation and Development signifies a new milestone in Siemens’ history in Egypt, and underscores our joint commitment to support the country’s long-term growth and development.”

Gerd Müller, German Federal Minister for Economic Cooperation and Development: “Sustainable development needs private investment and a qualified workforce. Our close cooperation with Siemens will ensure that the new vocational training center takes the needs of the local job market into account. We want to provide the basis for further investment and more jobs in Egypt.”

Occupational training and the development of local skills are crucial to boosting local growth and increasing hiring prospects in the power industry and other sectors of the economy. For instance, in the energy sector alone, more than 20,000 workers and technicians are engaged at Siemens’ three power plant sites during implementation.