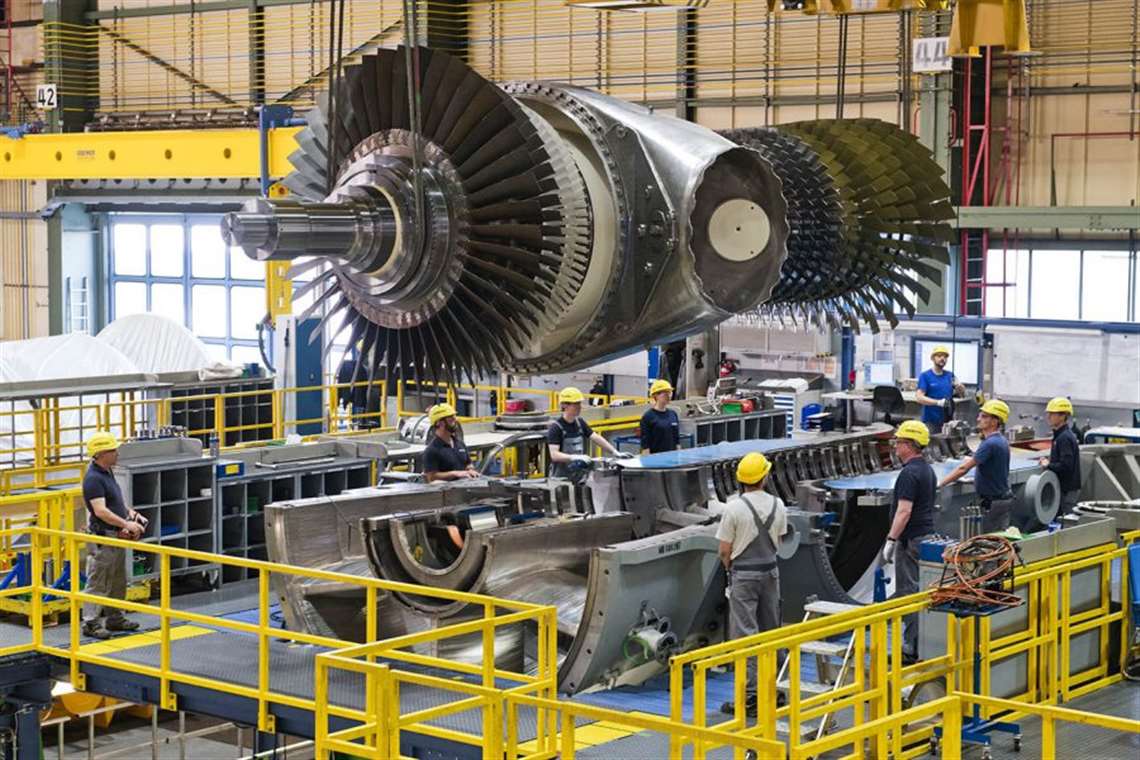 The Berlin-Marzahn combined heat and power (CHP) plant, built by Siemens Gas and Power as general contractor, has been commissioned.

The heart of the plant is a SGT5-2000 E gas turbine manufactured at the Siemens plant in Berlin-Moabit. The new combined heat and power plant uses cogeneration and not only provides electricity for up to approximately one million inhabitants but can also supply around 150 000 Berlin households with district heating. Together with the gas-fired plant in Klingenberg, it will form the backbone of the district heating supply in the eastern part of Berlin with a total of 450 000 households. The plant in Marzahn has an electrical capacity of approximately 260 MW, a thermal capacity of around 230 MW and a maximum fuel efficiency of 92%

“Normally we deliver our gas turbines all over the world. Today, however, we are pleased to be able to commission a gas turbine from Berlin for Berlin,” said Jochen Eickholt, member of the managing board of Siemens Energy. “Siemens Energy is also at home here in Berlin and we are an important employer here. With the new combined heat and power plant, almost a quarter of a million tons of CO2 are avoided each year, which corresponds to the typical emissions of around 125 000 cars. This is how we support the capital on its individual path to climate neutrality.”

“With the symbolic commissioning of the Marzahn power plant, we have taken a big step toward meeting the Paris climate protection goals by 2030 with the city of Berlin, explained Tanja Wielgoss, CEO of Vattenfall Wärme Berlin AG. “At the same time, a CHP plant like the one in Marzahn can play an important role in the currently hotly debated hydrogen strategy for Germany. The truth here, however, is that a lot of research and development still has to be done so that this technology is actually future-proof for both heating and power supply.”