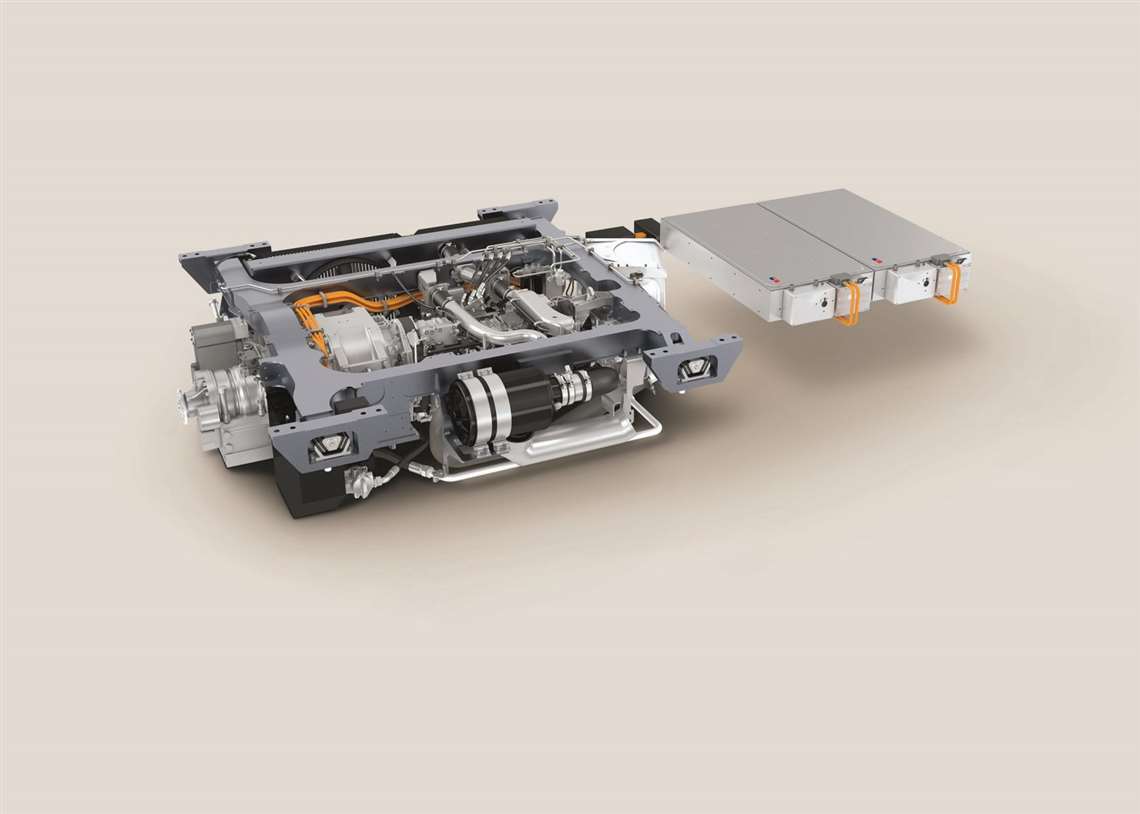 A virtual reality simulation found that the MTU Hybrid PowerPack from Rolls-Royce could be used on the Lake Constance Belt Railway and help provide environmentally friendly, economic and reliable rail operations even before electrification of the line.

The simulations were carried out by MTU on behalf of the Lake Constance Belt Railway community of interest.

Compared with a train driven by diesel engines alone, CO2 emissions can be reduced by up to 20% using the hybrid drive system on this route, Rolls-Royce said. Generally speaking, these findings are also applicable to other routes. On an MTU test bench, the route between Radolfzell and Friedrichshafen was covered with a real-life Hybrid PowerPack and a computer-simulated environment (consisting of vehicle and route). It was shown that trains equipped with the MTU hybrid drive were able to keep to current timetables and timetables required in the future, the company said.

“With the Hybrid PowerPack, we are offering an environmentally-friendly rail drive solution that combines the benefits of battery and diesel-driven trains,“ said Lars Kräft, vice president Industrial Business at Rolls-Royce Power Systems. “Trains fitted with our hybrid drive system could improve operations on the Lake Constance Belt Railway within just a few years – with considerably less noise, fewer emissions and more connections with more stops – and this can be done with no additional infrastructure costs.“

The operation of the current VT 612 railcar was simulated – it had been retrofitted in virtual reality with MTU Hybrid PowerPacks. That such a retrofit is also possible in a real-world environment has also been demonstrated by a feasibility study carried out by the Deutsche Bahn subsidiary, DB Systemtechnik. This is particularly relevant, Rolls-Royce said, because these are vehicles that travel fast on curving track. Only these trains, which are fitted with “tilt technology,” are able to negotiate the numerous curves encountered on the Lake Constance Belt Railway track at high speed and thus provide a fast service between Basel and Ulm.

The MTU Hybrid PowerPack is the result of collaboration between Rolls-Royce Power Systems and ZF Friedrichshafen. It combines the a modern MTU diesel engine with exhaust gas aftertreatment, which meets current emission regulations in addition to the future EU Stage V that will come into force as of 2021, a ZF automatic transmission, an electric motor that recovers energy in braking mode and also serves as a drive unit, and an advanced battery system to store the recovered brake energy. The Hybrid PowerPack has demonstrated its reliability, for example, in real-life test runs with a length of around 15 000 km.

The technology is an important milestone on the way to the hybridization and electrification of MTU drive systems, which are a current focus of developments at Rolls-Royce Power Systems, the company said. The company is working on a range of technologies now being developed primarily for rail, marine and power generation applications, which are to go into series production soon. These include so-called microgrid energy systems, which combine solar energy, gas gens-ets and battery storage systems. But hybrid drive systems for yachts will also be included in the range of products available from MTU in the future, the company said.