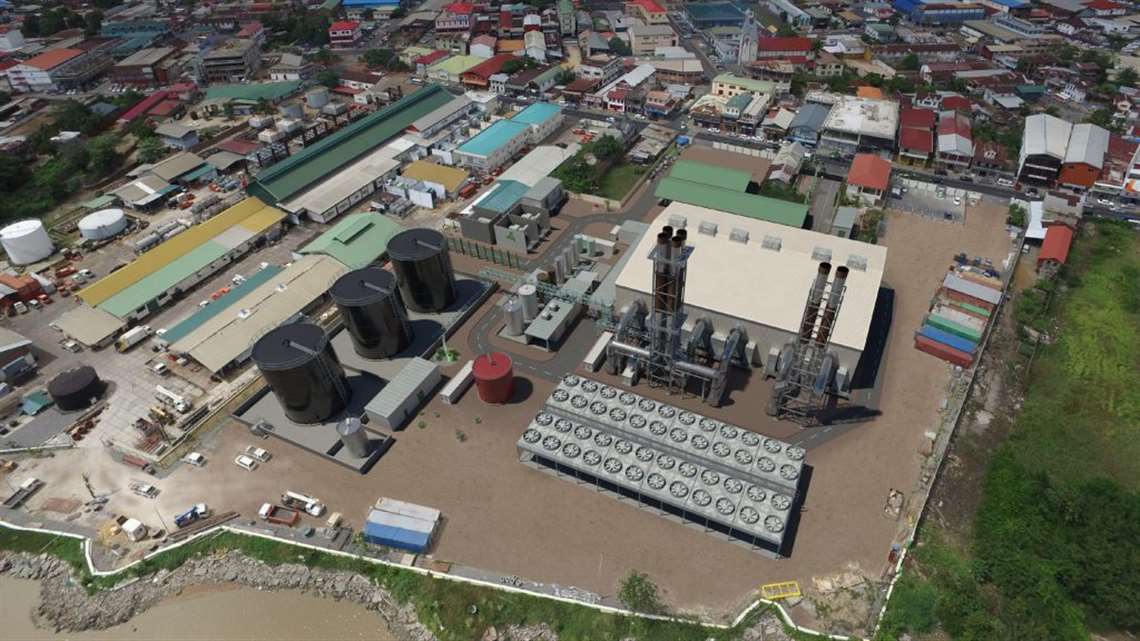 The DPP2 power station in Suriname will be expanded from 84 MW to 126 MW with the addition of two 21 MW MAN ES Generator sets.

Burmeister & Wain Scandinavian Contractor (BWSC) won the international tender to expand the power supply and reduce noise pollution at the plant, which is in the Suriname capitol of Paramaribo. The existing 84 MW DPP2 Bemland power station operated by EBS was built in 2012 and expanded in 2015.

The latest extension, tendered by EBS will utilize two 21 MW MAN ES generator sets powered by 18V48/60TS engines to increase the plant’s total baseload capacity to 126 MW, making it the backbone of the power generation in Paramaribo, where approximately half of the country’s population reside and work.

The power station is one of the most fuel-efficient, single-cycle, power stations in the region and is designed to operate extremely quietly. The new extension will enable EBS to further reduce overall fuel consumption and emissions. Importantly for local residents and businesses, it will allow EBS to reduce the operation of the less efficient, smaller generators in the older, adjoining DPP1 plant, which is a source of high noise emissions due to its open-sided construction dating back to the 1960s.

The new engines are designed to provide a reliable and fuel-efficient power supply, while complying with all the latest and most stringent environmental regulations.

BWSC will also be working with EBS in the upgrade and expansion of the 33kV distribution system to enhance reliability and extend the service to residents in the northern part of the city.

Funding for both projects is being provided by OLIBIS N.V., a local business in Suriname.

“This is an important moment for our company,” BWSC’s CEO, Nikolaj Holmer Nissen, stated after the agreement was reached. “OLIBIS N.V and EBS have been valued BWSC partners since the first contract in 2012, and we are grateful for the opportunity to work together on this significant project. We are also very pleased to have partnered with MAN ES on this project as their engines are among the cleanest, most reliable and efficient on the market today. We look forward to working together with all our partners in delivering this critical infrastructure to the people of Suriname.”

Burmeister & Wain Scandinavian Contractor A/S (BWSC) is a Danish engineering and contracting company that develops, builds, operates and owns high-performance engine-based and boiler-based power plants. The majority of the projects are supplied as turnkey plants, and BWSC has delivered more than 180 power plants to 54 countries worldwide with a total capacity of more than 4000 MW.

BWSC originated from the stationary engine division of Burmeister & Wain (B&W), which built and installed diesel engines since 1904. BWSC was established as a separate specialist company in 1980 and was acquired by Japanese Mitsui E&S Holdings Co., Ltd. in 1990.