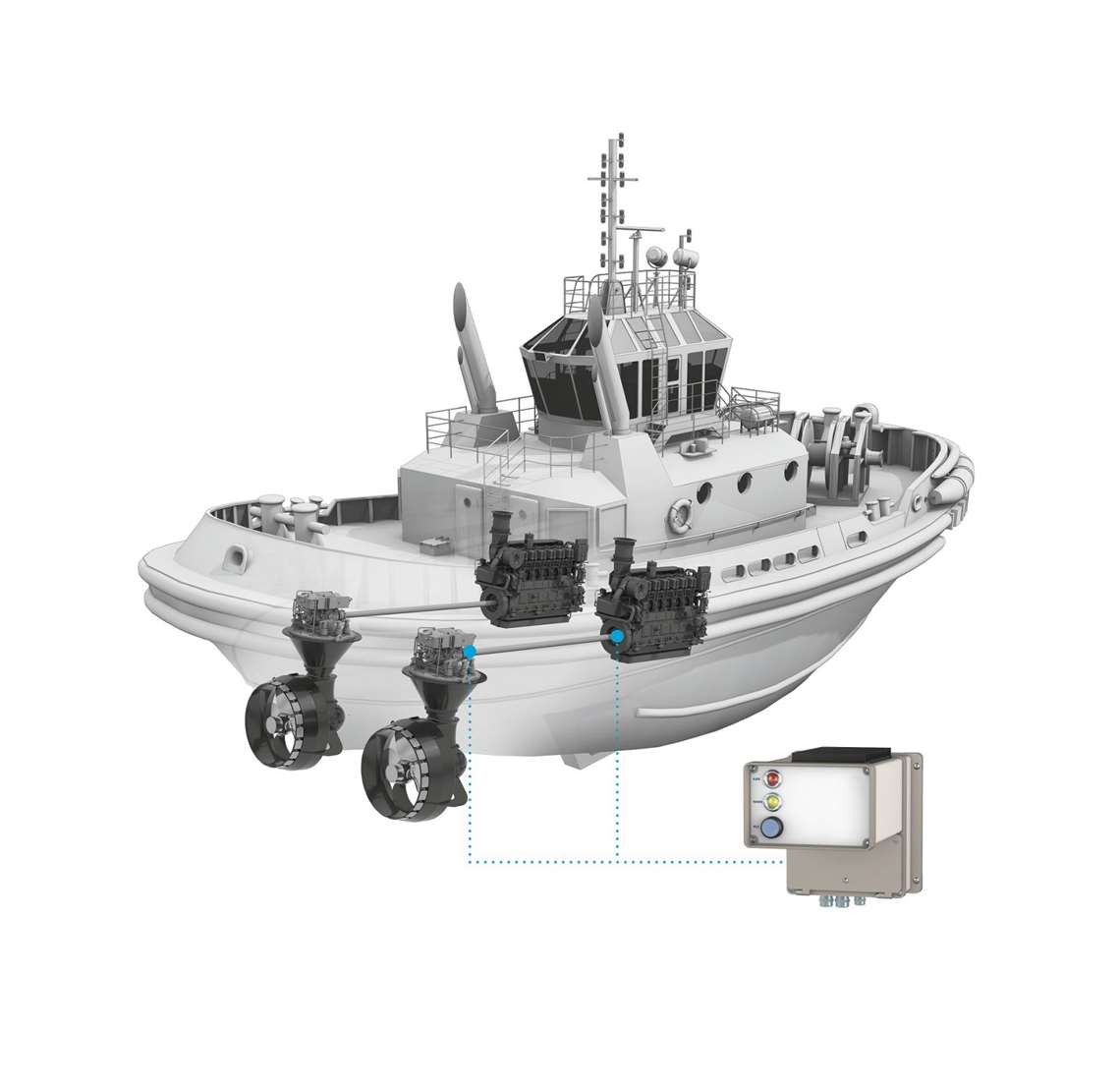 The first three terminal and escort tugs of a total of 10 under order were recently delivered to Bay Houston Towing Co.

The main propulsion of the Z-Tech 30-80 tugs consists of a pair of diesel Caterpillar 3516E engines, each driving a Schottel Rudderpropeller type SRP 510 with a fixed pitch propeller of 2.8 m diameter. This combination achieves a free sailing speed of 13 knots and a bollard pull of 81.5 tons. The Z-tech 30-80 is designed to significantly increase escort performance by generating more than 100 mt of steering force at 10 knots – which is particularly important for escorting large vessels, the company said. Beyond this, the tug is fitted with a Fire Fighting 1 system including two FFS 6,200 gpm pumps. In addition, Vulkan’s Safeguard Basic driveline protection system issues an early warning when intervention in the propulsion drive train is required.

Safeguard Basic, developed by Vulkan Couplings, detects torque loading as a function of the twist angle via torque-transmitting components (such as composite shafts). Dynamic data is analyzed and evaluated using preset warning and alarm levels. Thanks to an interface with the Schottel control system, optical warnings and alarm signals also indicate when intervention by the captain is required. The response time here, depending on the function selected, is 80 ms, the company said.

The system is based on a PC embedded in the main control box and a digital signal processor in the connection box. Both of these are connected via an Ethernet cable and include two proximity sensors. Preventive maintenance and systematic spare parts planning also improve the availability of the system and thus avoid downtimes. When used as a monitoring system, Safeguard Basic has specifications for the entire service speed range (including start & stop). Besides this, there is alarm triggering for all monitoring thresholds and automatic protocolling of alarms and actual values. Safeguard Basic is available as a monitoring device while Safeguard Active is integrated into the system of Schottel safety equipment in order to protect the propulsion drive train from overloads and enable planned maintenance. The system has ABS type approval for monitoring as well as ABS approval as safety equipment.

It is available from Schottel as a package consisting of a Schottel Rudderpropeller and a VULKAN shaftline for new building projects. It can also be used to retrofit existing Schottel systems.