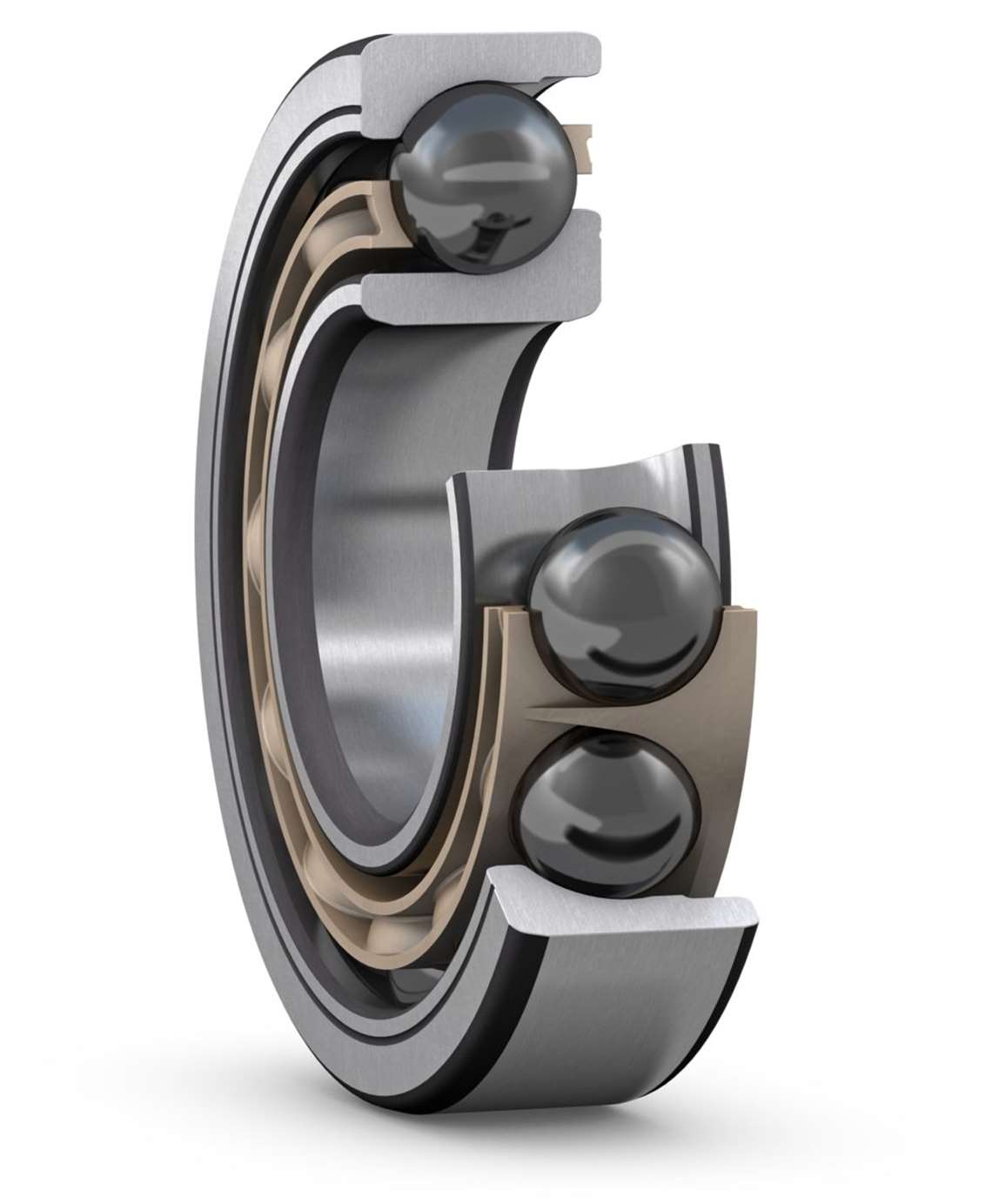 Using cutting-edge materials such as silicon nitride, super tough stainless steel and polyetheretherketone (PEEK) can help prolong the life of bearings and improve machine performance, according to SKF.

Some of the materials may be more expensive, but used in the right way—and in the right applications—they can actually help save money and raise performance, said Lars Kahlman, senior application expert at SKF.

“Everybody likes a bargain, but it is often worth paying more in the short term in order to reap long-term benefits,” Kahlman said. “How many times have we gone for a cheaper option – and bemoaned the ‘false economy’ later?

“Buying more expensive components and materials is not always the answer, however, being selective about when to use them can help to optimize designs, and extend the lifetime of both machinery and components.”

Three advanced materials are highlighted by SKF: Silicon nitride, which is used as rolling elements in hybrid bearings; Super-tough stainless steel, for use in bearing rings; and PEEK, a high-temperature plastic that can be used to make bearing cages.

The ceramic material silicon nitride (Si3N4) has become widely adopted in bearing rolling elements. These bearings are called “hybrid bearings” because the ceramic Si3N4 combines with the conventional metal used in the bearing rings. Si3N4 is often used to improve the performance of a bearing, allowing higher speeds and better electrical insulation. It can also be used in poorly lubricated applications. In many cases, a Si3N4 rolling element would be used to ‘fix’ a poorly performing bearing arrangement.

However, if it is originally designed into the bearing it is also increasingly used as an “enabler.” Here, instead of solving an existing problem, it takes the bearing to a new level of performance. The hybrid rolling bearings work very well over a broad speed range, including at slow speeds that can cause poor lubrication and at normal and high speeds with less centrifugal forces and higher grease-life. Generally, the hybrid bearings continue to work even if the grease start to degrade, especially at high speeds, and they also withstand contamination better. Hybrids can even inhibit vibration damage in machines standing still as back-up.  Hybrid bearings are already widely used in machine tools, thanks to their ability to run at high speed. However, their electrical properties make them useful for variable speed drives, where they are already making inroads.

“As production volumes rise—and prices drop—they will also find their way into more mass-market applications, such as automotive. In particular, the advent of the electrical drivetrain will probably see a huge rise in the use of hybrid bearings in this industry,” said Kahlman.

So far, this material has been targeted at niche applications in the machine tools, aerospace and fluid machinery sectors. When choosing a material for a bearing, there is often a trade-off between two competing properties: corrosion resistance and fatigue performance. Now, super-tough stainless steel can be used to make bearing rings, which offer both properties at the same time.

“We see several promising applications here, including a central role in so-called PRL (Pure Refrigerant Lubrication) compressors, which are a new breed of compressors, in which the refrigerant doubles up as the bearing lubricant,” said Kahlman. “Usually, this arrangement would require the bearing to be isolated or work in a refrigerant-oil mixture, and consequently much more complex designs. The new material is robust enough to resist both corrosion and fatigue meaning, that the whole design could be simplified.”

It may seem counter-intuitive to replace metal with plastics, but in many cases, a high-performance engineering plastic like PEEK will have several advantages over metals. The most obvious is weight. However, an often-overlooked aspect of plastic is the ease of production. A plastic part, once designed, can easily be produced in large volumes using injection molding, which helps to shrink manufacturing costs.

PEEK is a semicrystalline, high-temperature (up to 260°C) engineering thermoplastic, which is excellent for applications where thermal, chemical, and combustion properties are critical to performance. This material is tough, strong, and rigid and has superior creep resistance. It also resists radiation and a wide range of solvents. PEEK resins are available in unreinforced and fiber reinforced grades—a 15% glass fiber fill grade is most common for rolling bearings. PEEK is widely used in various compressor parts used in sour and acid gasses.

“PEEK can be used very broadly, in bearing applications ranging from gearboxes to machine tools,” said Kahlman. “In gearboxes, for example, PEEK has also begun to replace polyamide. Gearboxes use very aggressive gear oils that are running at high temperatures—yet PEEK is able to resist their effects.”

Together, these three materials have made inroads into full industrial use. The earliest examples were punishing applications within the oil and gas industry. For instance, SKF developed a set of “sour gas” bearings to replace all-steel bearings in a vapor recovery unit. These bearings use all three of the advanced materials discussed above and were shown to last more than 10 times longer than those they replaced. In similar fashion, the same three materials were used to design cryogenic pump bearings for use with liquefied natural gas (LNG).

“These applications mentioned here are at the top end of the performance scale,” said Kahlman. “However, the materials are finding their way into more general applications from high power stone working equipment to new generations of high-efficiency chillers. As these materials become more widely accepted, SKF expects to see them on a host of industrial applications, where, when used correctly, they will deliver maximum efficiency and cost savings.”