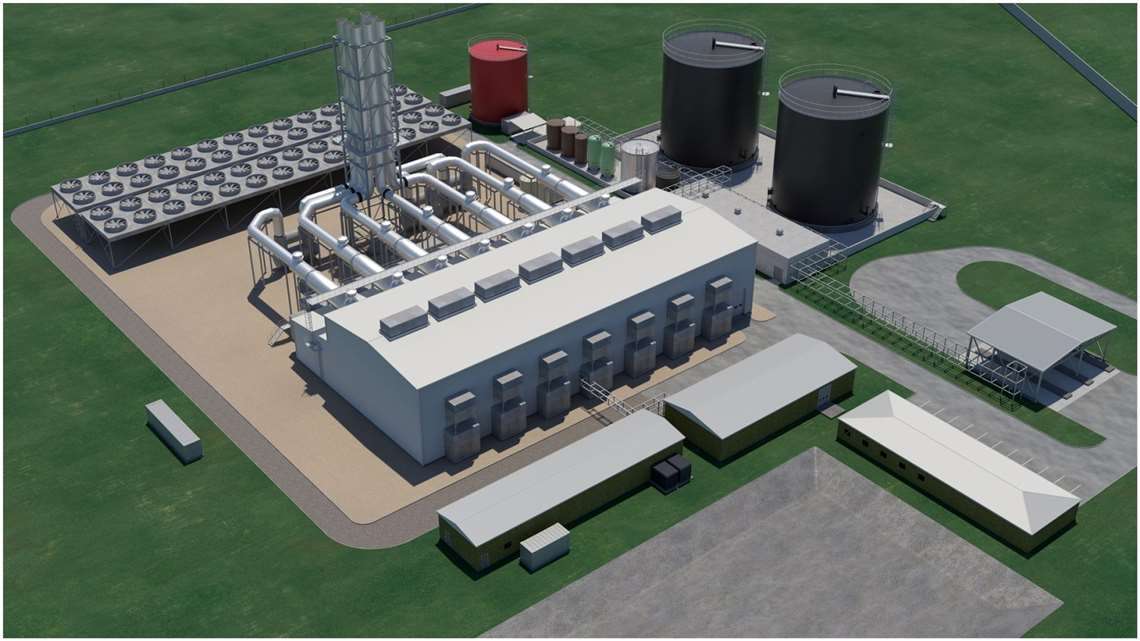 The Danish power plant specialist Burmeister & Wain Scandinavian Contractor A/S (BWSC), in consortium with MAN Diesel and Turbo has been awarded a €125 million contract to build a 120 MW power plant in Benin.

“This contract constitutes the second one for BWSC in Western Africa during 2017,” said Anders Heine Jensen, CEO, BWSC. “Once the plant is completed, it will be the most efficient plant of its type in the region and be important for the country’s growth and development.”

The project is a complete turnkey power plant project, which entails construction of a whole new power house for seven MAN 51/60DF dual fuel engines and all corresponding infrastructure. It is to be delivered within 18 months. The MAN 51/60DF engine has a bore and stroke of 510 X 600 mm and offers between 17-20 MW.

The dual fuel, heavy fuel oil (HFO) and gas-fired power plant will be at the Maria Gléta site, about 15 km from the city of Cotonou. The plant will provide enough electricity to supply the equivalent of about 300 000 European households and helps achieve the government’s goal to develop the energy sector in Benin in a sustainable manner.

Benin has a rapidly growing demand for power, estimated to an annual 6%. This new project is expected to significantly enhance the electricity supply to power business growth and the living standards in the peri-urban areas surrounding Cotonou.

The project was won by BWSC in an international tender round, and the contract was signed with the state-owned utility Société Béninoise d’Energie Electrique (SBEE). The project is financed three banks; Islamic Development Bank of Saudi Arabia, the West African Development Bank and Banque d’investissement et de Développement in Togo.

“We are pleased and appreciative of this opportunity given to us, and this order underlines BWSC’s strength as a leading EPC supplier and provider of the most efficient energy technology available in the market today,” said Heine Jensen. “It marks the culmination of a close collaboration between the customer and us, and demonstrates BWSC’s ability to work with governments and stakeholders from anywhere in the world.”

In February 2017, BWSC acquired the Danish boiler manufacturer Burmeister & Wain Energy (BWE) and by this securing its position as a leading energy company on the global market for small and medium-sized biomass power plants.

“BWSC offers strong experience and competencies from the energy industry, a global presence, and the know-how of the company’s 900 employees,” said Heine Jensen.