Twin Disc the latest to halt activity in Russia

Twin Disc, Inc., a global supplier of power transmission technology for marine, land-based and oil & gas applications, announced it will cease business activity in Russia and Belarus until further notice due to the ongoing invasion in Ukraine, effective immediately.

A number of global powetrain suppliers have reacted to Russia’s invasion of Ukraine. (Photo: Reuters)

In light of the challenging operating environment, supply chain issues and evolving sanctions, the company said it has paused all sales and shipments to Russia and Belarus. The Twin Disc presence in these countries is limited, in both marine and land-based markets and thus the impact on Twin Disc’s financial results is not expected to be material, the company said.

While Twin Disc does not have employees based in Eastern Europe, for the safety of their business partners, distributors and customers, Twin Disc will conduct business in Ukraine only in emergency situations.

“What is happening in Ukraine right now is tragic, and the bravery and resilience of the Ukrainian people are an inspiration to the world,” said CEO John H. Batten. “We remain focused on the well-being of our employees and associates impacted by these hostilities.”

Oher engine and powertrain suppliers have also reacted to Russia’s invasion of Ukraine.

A spokesman from Deutz AG said that while the company had not issued a formal statement, “The war is horrible. We feel with the Ukrainian people. All business activities with Russia and Belarus have been immediately terminated until further notice.”

Rolls-Royce Power Systems issued a statement saying, “It is with great sadness that we are watching the situation in Ukraine unfold. Rolls-Royce has taken the decision to stop all business with Russia.”

Global engine and power supplier Cummins issued a statement in which it said “We are deeply concerned about the situation in Ukraine and the safety of Ukrainian citizens, who are and will inevitably suffer the most from this confrontation. We strongly condemn the actions of the Russian government, which is putting millions of innocent people at risk and turning hundreds of thousands of Ukrainian citizens into refugees.

“We are actively working with community organizations, especially in Romania and Poland, to determine how we can assist as the refugees arrive in new communities. Our employees around the world are eager to help, and we are working with our grant making partner Global Giving, which has launched a Ukraine Crisis Relief Fund. All donations to the Ukraine Crisis Relief Fund will support humanitarian assistance in impacted communities in Ukraine and surrounding regions where Ukrainian refugees have fled.

“At the same time, we are just as concerned about the safety of Cummins’ more than 700 employees who live and work in communities across Russia.”

The Cummins statement added “We are supportive of actions aimed at ending the invasion and de-escalating the situation.”

Construction equipment manufacturers, including Hitachi Construction Equipment, JCB and Komatsu, have also reacted to the invasion by halting their business activities in the region. 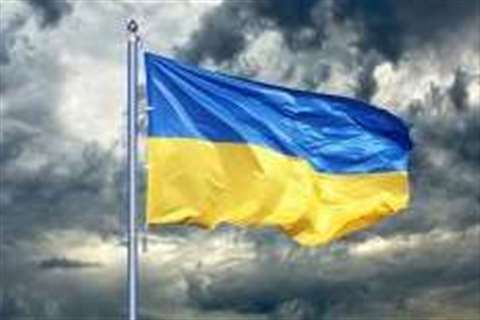