Decision seen as a blow to combating climate change

Michelle Bloodworth, CEO of America’s Power, a U.S. group that bills itself as a partnership of industries involved in producing electricity from coal, praised the U.S. Supreme Court’s decision limiting the Environmental Protection Agency’s authority to regulate carbon dioxide emissions from coal-fired power plants under the Clean Air Act.

“We are pleased the Supreme Court issued a decision that restricts the Environmental Protection Agency (EPA) from setting carbon dioxide standards for coal-fired power plants based on outside-the-fence measures. The issue is not whether EPA can regulate carbon dioxide emissions under section 111(d) of the Clean Air Act, but rather what kind of standards the agency is allowed to set. We are pleased the Court agreed with us that EPA does not have unlimited authority to do anything it wants to do. Over the coming days, we will be studying the opinion closely to better understand its implications.

“Coal-fired power plants provide affordable and reliable electricity. Therefore, we urge EPA to avoid issuing a replacement rule that causes more premature coal retirements, especially as officials are warning about the prospect of electricity shortages that threaten grid reliability in many parts of the country.” 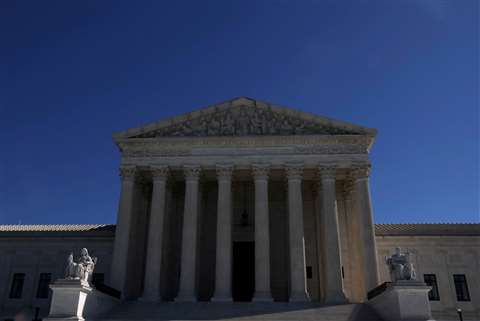 According to the Associated Press, the court’s ruling could complicate the administration’s plans to combat climate change. Its proposal to regulate power plant emissions is expected by the end of the year.

The ruling is available here.