Use of batteries in power grid shifting applications, EIA finds

Frequency regulation most common use for batteries

Battery storage applications have shifted as more batteries are added to the U.S. power grid, according to the U.S. Energy Information Administration (EIA).

According to the EIA’s Annual Electric Generator Report, most utility-scale (greater than 1 MW of capacity) battery storage applications perform several roles depending on revenue opportunities or system support requirements. Frequency regulation remains the most common use for batteries, but other uses, such as ramping, arbitrage, and load following, are becoming more common as more batteries are added to the electric grid. 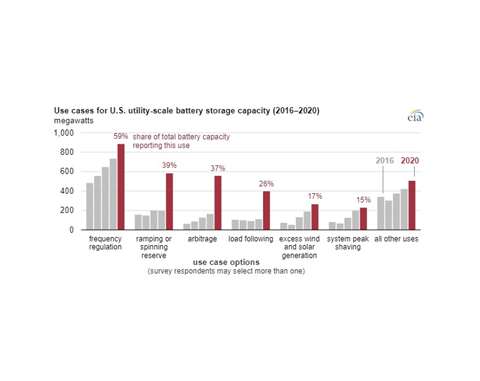 The EIA collects data from battery storage operators regarding these roles in its Annual Electric Generator Report, which collects more information on U.S. electricity generators than our Preliminary Electric Generator Monthly. Operators can report multiple roles that their batteries play, and on average, operators cite 2.2 use cases for each battery storage generator.

The most common cited use case for batteries is frequency response. Frequency response is a service that maintains grid frequency as close to 60 Hz as reasonably possible. Deviations below 60 Hz can lead to protective generator trips that result in a subsequent decline in system stability. Batteries are particularly well suited for frequency regulation because their output does not require any startup time and batteries can quickly absorb surges, the EIA said. At the end of 2020, 885 MW of battery storage capacity (59% of total utility-scale battery capacity) cited frequency response as a use case.

Ramping or spinning reserve is a set of ancillary services in which generators quickly respond to system disruptions, such a sudden loss of generation or a rapid change in demand. Regions that have a relatively high proportion of electricity generation from sources such as wind and solar—whose output can fluctuate as wind speeds or cloud cover changes—tend to require resources that can respond quickly. At the end of 2020, 583 MW of battery storage capacity (39% of total) cited ramping or spinning reserve as a use case.

Arbitrage is a strategy of buying electricity during low price periods and selling during high price periods. Battery storage supports this strategy by charging when power prices are low and discharging when prices are high. This use case increased by 390 MW from 2019 to 2020—the greatest capacity increase among use cases. At the end of 2020, 586 MW of battery storage capacity (37% of total) was used for arbitrage. 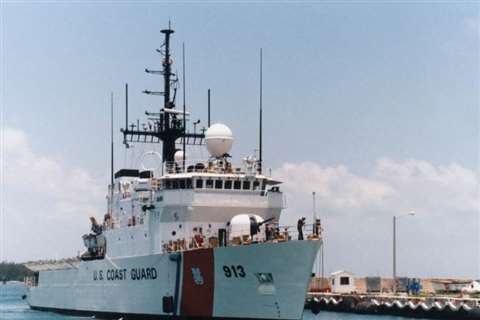 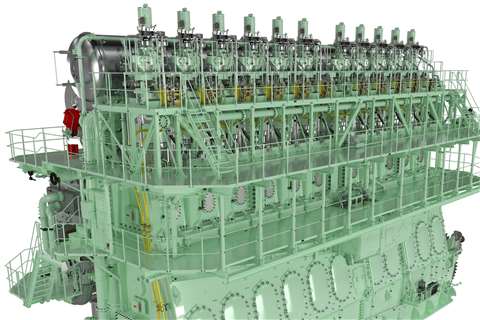