Wärtsilä said it will develop an autonomous, zero-emission barge for the Port of Rotterdam.

The company is part of an international alliance, headed by the port’s authority, which been awarded nearly €25 million in EU funding to implement projects aimed at sustainable and smart port logistics. This involves the development of a grand plan that sets out how transport within, to and from ports can be made carbon-free by 2050.

While numerous green fuels and energy carriers are being advanced, the partners have also initiated a series of digitalization and automation projects in relation to the energy transition aimed at encouraging businesses to improve the sustainability of their logistics.

The research project, nicknamed MAGPIE (sMArt Green Ports as Integrated Efficient multimodal hubs) was borne out of a collaboration between the port authorities of Rotterdam, DeltaPort (Germany), HAROPA (France: La Havre, Rouen, Paris) and Sines (Portugal), in partnership with 10 research institutions and over 30 companies in the Netherlands, Germany, France, Portugal and Denmark.

Wärtsilä, who is the largest industrial partner of MAGPIE, is set to receive the biggest portion of the grant for a sub-project to demonstrate a commercially viable autonomous intra-port inter-terminal container shuttle to address an emerging capacity bottleneck for internal container transportation.

“We believe that overland transport modes will not be able to absorb the emerging capacity bottleneck for internal container movement,” said Hendrik Busshoff, Business Development Engineer, Wärtsilä Voyage. “So, we will be delivering an autonomous e-barge concept that can greatly enhance efficiency in the Port of Rotterdam through automated seaborne cargo transshipment. Our ambition is to see these container shuttles introduced into a smart logistics network within the next few years.” 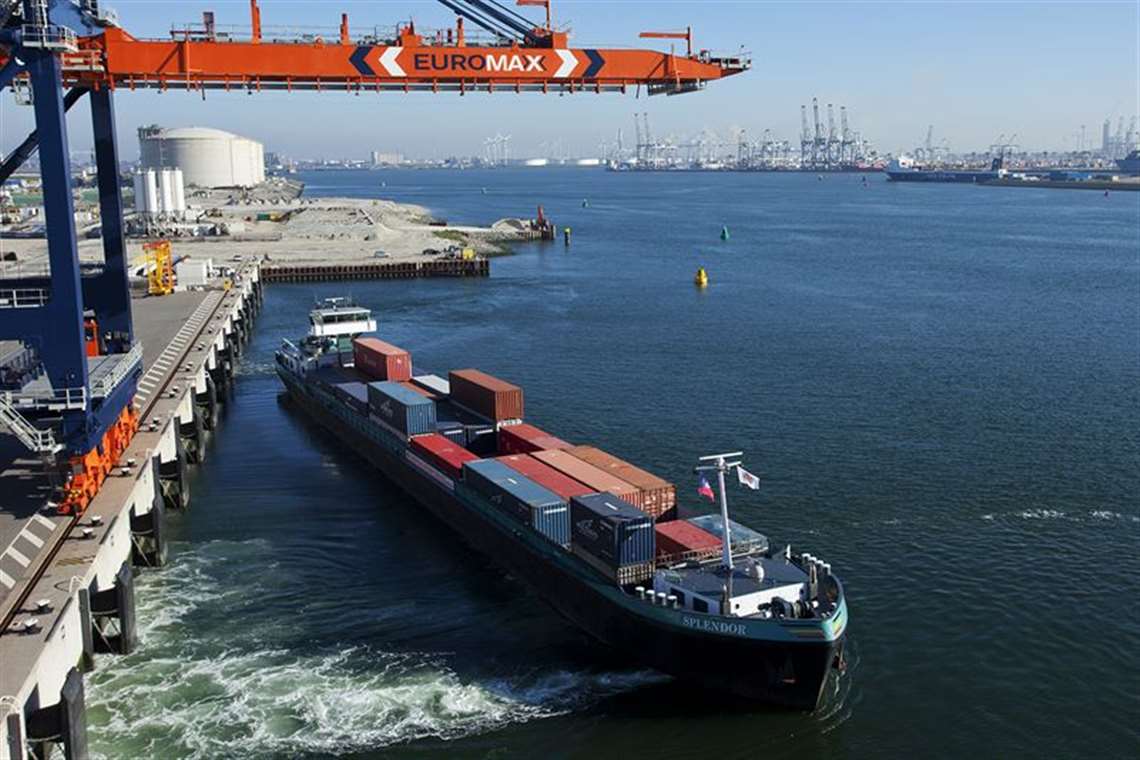 To lift the ambition level for such a barge to not only being smart, but also emission free, electric propulsion will be enabled by means of an electric drive train and an interchangeable battery container solution, which is charged using renewable power.

“At Wärtsilä, we maintain that an autonomy strategy is key to a zero-emission ambition. To complement the e-navigation set up, we are part of a consortium that has developed a concept based on the use of replaceable battery containers, known as ZESPacks (Zero Emission Services). A network of open access charging points will be set up for exchanging battery containers for fully charged replacements, thereby keeping waiting time to a minimum. The first of these battery containers will be installed in the summer,” said Teus Van Beek, general manager, Ecosystem Innovation, Wärtsilä Marine Systems.